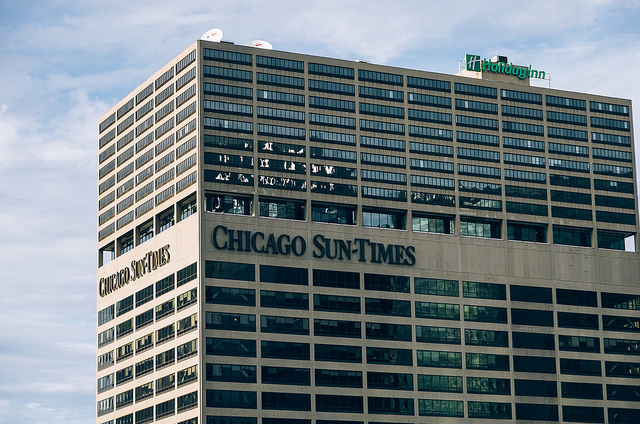 Chicago Sun-Times recently announced that it has temporarily gotten rid of comments on their articles until it figures out how to deal with negativity, hatred, and racism.  Sun-Times managing editor Craig Newman said more about this move.

“The world of Internet commenting offers a marvelous opportunity for discussion and the exchange of ideas. But as anyone who has ever ventured into a comment thread can attest, these forums too often turn into a morass of negativity, racism, hate speech and general trollish behaviors that detract from the content.

In fact, the general tone and demeanor is one of the chief criticisms we hear in regard to the usability and quality of our websites and articles. Not only have we heard your criticisms, but we often find ourselves as frustrated as our readers are with the tone and quality of commentary on our pages.

To that end, we are working on development of a new commenting system we hope will not only allow for free discussion, but encourage increased quality of the commentary and help us better police the worst elements of these threads.”

Here are some of the responses:

Something fundamentally wrong when publishers think solution to bad comments is completely killing them http://t.co/qmfxFj6flo

“Sun-Times kills comments until it can fix ‘morass of negativity, racism, and hate speech’”- so until the internet stops being the internet? — SKO (@StartKyleOrton) April 14, 2014

@DavidOrmsby you can’t be an online media service and then Shut off commenting because some people are mean. @Suntimes

It’s clear why the Chicago Sun Times temporarily disabled comments. However, I strongly think that it was the wrong approach to take. It is important to remember that through comments people are better able to articulate and convey thoughtful ideas  on the web. Just because some people deliberately use the commenting feature as a tool to perpetuate hatred does not mean that it needs to be shut down even if its temporary. This is unfair for hundreds and thousands of writers and readers on the web who depend on commenting as a way to positively interact and communicate. In order to think of ways to remove hate speech and negativity from the comments, it was not necessary to disable comments. The quality of the comments could have been altered or fixed while the feature was on.

It’s never too late. One approach that the Chicago Sun Times can still take would be to hire more interns in their communications department. Interns can participate in media monitoring by addressing inaccuracies and misrepresentations. They can remove comments that are purposefully written to inflict anger and bias; and keep mature, thoughtful, and well constructed criticism for others to view and comment on. This way the discussion incorporates multiple views that can lead to a balanced and meaningful discussion.

Another way to go about solving this matter would be to involve the entire community including people of color.  Everyone’s thoughts and opinions are crucial. It would be wrong to make a decision without getting their opinion on this matter.

Lastly, the temporary shut down of comments is illogical and not the right way to overcome this problem. It is unfair for both writers and readers. This is why it is important that the Chicago Sun-Times and any other news source planning on going this route to change their decision.