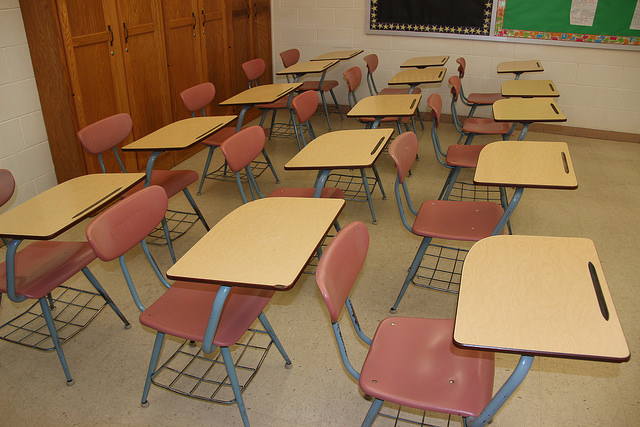 “This data collection shines a clear, unbiased light on places that are delivering on the promise of an equal education for every child and places where the largest gaps remain,” said U.S. Department of Education Secretary Arne Duncan.

A few striking facts were raised from this data – the most disturbing of which is that black preschooler’s represented 18 percent of the preschool enrollment but also made up 48% of the preschool students who were suspended multiple times.

Even access to preschool was very limited this past school year, further contributing to this pattern of racial inequality. While most preschools only offered school for half the day, there were 40% of public school districts that did not even offer preschool at all. 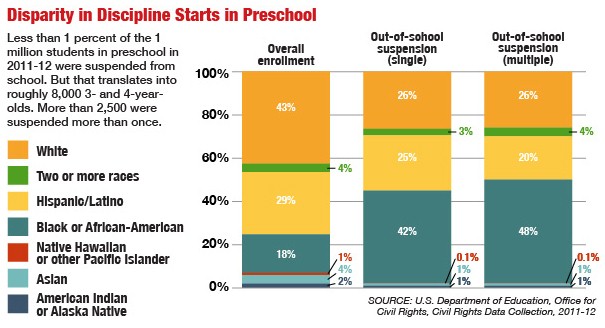 “This critical report shows that racial disparities in school discipline policies are not only well documented among older students, but actually begin during preschool. Every data point represents a life impacted and a future potentially diverted or derailed.” Attorney General Eric Holder said in response to the findings of this data.

This report was very informative in providing detailed information on school data from the state, district, and school level. It reveals that harsh discipline policies has impacted mostly black and Hispanic students.

It is clear that the United States has a lot of work to do in order to meet the goal of providing opportunities for every student to succeed.