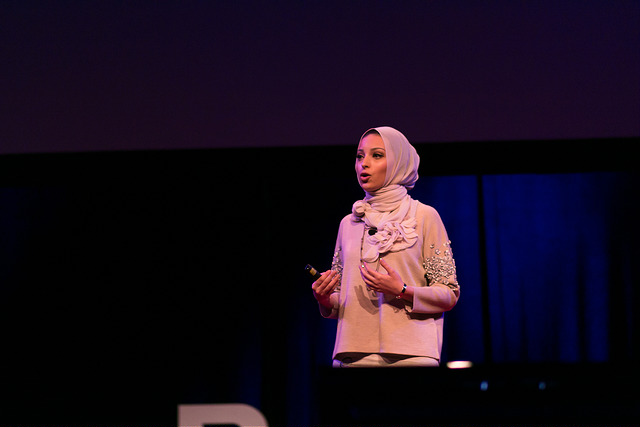 Noor Tagouri was at Vanderbilt University in Nashville, Tennessee, speaking about combating bigotry and bullying.  On her way out of town, she stopped in Murfreesboro to cover the hearing for a mosque cemetery at the Islamic Center of Murfreesboro.  Tagouri found herself squarely in the line of fire, due to a heated debate that has been surrounding the cemetery for several months.  Former GOP congressional candidate, Lou Ann Zelenik, and community members subjected Tagouri to ignorant remarks and hateful comments regarding her faith and religion.

The incident was captured on film.

This type of ignorance should not be tolerated, but name-calling and putting an entire city and potential state on blast does more harm than good.  Being from Tennessee myself, I know that not all Tennessee residents hold the same opinions of these few ignorant and malicious people.

The way Noor Tagouri handled herself should be taken as a model for dealing with this type of racial and religious ignorance. In an interview with the Huffington Post following the incident she restated her mother’s position, saying she would like to have these people over for dinner to discuss the similarities between Christianity and Islam.

Not every person will be receptive to information about other’s religions and beliefs, but we must focus on the people that are willing to listen. Simply labeling the opposition as bigots will not resolve the issue at hand. We should not react in anger, instead, we should pity the ignorance that people have managed to hold on to in today’s society. Branding people as bigots and Islamophobes will only serve to breed more hatred.

One of the greatest things about America today is its sheer amount of diversity.  Unfortunately, it is basic human tendency to resist change and develop a fear of things we don’t understand, especially when it is unfamiliar to us, and the information provided by mainstream media is limited and often times skewed.

In order to reduce the hatred that stems from fear and ignorance, the focus should be on spreading awareness and information to these people, particularly the ones willing to listen.

Noor Tagouri is a bright young woman with a bright future and she should not have been subjected to ignorance of a handful of people; however, instead of dwelling on the negative, I believe people should follow her example of  informing people.

Op-Ed: Challenges for American Muslims in Government and Diplomacy