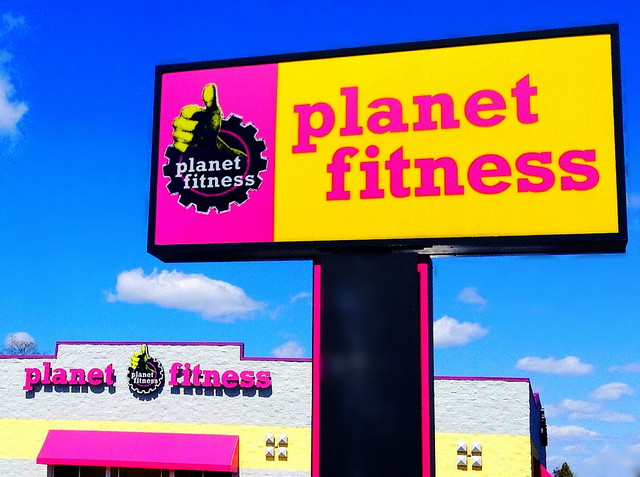 Albuquerque ‘s Planet Fitness refused to let Tarainia McDaniel wear her religious head cover when she attempted to workout at the gym. McDaniel is a 37-year old African American woman who converted to Islam when she was 16, she has practiced the religion ever since. Islam is now apart of her identity and she is also raising her two kids as Muslims.

“As the most innovative health club brand in the United States, Planet Fitness is known for a lot of things – our absurdly low prices…and most of all perhaps, for our Judgement Free Zone® philosophy, which means members can relax, get in shape, and have fun without being subjected to the hard-core, look-at-me attitude that exists in too many gyms.”

“We at Planet Fitness are here to provide a unique environment in which anyone – and we mean anyone – can be comfortable. A diverse, Judgement Free Zonewhere a lasting, active lifestyle can be built…we will seek to perfect this safe, energetic environment, where everyone feels accepted and respected”.

Tarainia McDaniel  told the staff at the gym that wearing the headscarf falls under her religious right and is an essential requirement of her faith, yet she was still prohibited from wearing it because it did not meet the gym’s dress code.

McDaniel testified in a lawsuit filed by her attorney that after Planet Fitness rejected McDaniel’s hijab (Islamic head covering), the gym returned to her and was told only that she could wear a baseball cap instead.

Tarainia McDaniel acknowledged reading the sign about the dress policy, but she also previously told the staff that she is Muslim and added, “I already [had] made it known before I signed the contract that I covered my hair. I had on [what] I call a head covering. I guess for the sake of the record, they’re referring to it as a head covering.”

According to Fox News, an attorney for Tarainia McDaniel filed a lawsuit in the New Mexico court district deriving from an October 2011 conflict that prevented McDaniel from working out at the gym, however the court showed evidence in documents that Planet Fitness in Albuquerque had previously let her in.

According to the lawsuit, McDaniel was already under a two-year contract for New Hampshire based gym chain Planet Fitness in Albuquerque. She transferred to another gym location that was closer and the staff denied her access due to her hijab.

McDaniel’s civil lawsuit was filed under the New Mexico Human Rights Act and Unfair Practices Act for the claim that Planet Fitness illegally mistreated Tarainia McDaniel as well as denied her access to use the gym based upon the judgement of her race and religion.