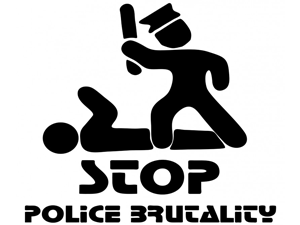 By “Another Angry Asian Man”

“You’re not a f*cking American! I’ll put you in a UPS box and send you back to wherever the f*ck you came from!” said the Chicago Police as they beat a handcuffed Chinese-American woman.

Around midnight, I rampaged alone to the police station. I managed to post fliers on the windshields of 9 more police cars, then a cop drove up and followed me along the sidewalk. So I just walked into the lobby of the police station, and dropped my remaining ~ 100 fliers on the front desk. I commanded the police officers to distribute all the fliers for me, and I said I wouldn’t tell them what organization I represent. The officers asked, “Who are you?” To which I replied, “I’m nobody—I’m just a Chinese man,” as I walked out the door.

(In the flier, I wrote: “…the police (who represent the law) should indeed be held to a high standard of conduct. Therefore, we are deeply disturbed by this incident and we demand a formal, public apology from the Chicago Police Department! We also insist that both officers resign!”)

Why did the UPS-Box Beating anger me to such an extent that I spent the whole day taping 3,000 of these fliers, in both English and Chinese, all over the walls of Chinatown?

2) Because the religion I chose stands for racial equality and social justice. When Jesus(AS) saw the authorities turn the places of worship into a marketplace, he was outraged. He stood up for social justice.

3) Because it doesn’t matter what the woman’s profession is. We should examine the social conditions that compel an immigrant to sell herself in the first place. Jesus(AS) himself once stood up for a woman who everybody else slandered. Therefore shouldn’t we, as Asian-American men, stand up to defend our own women’s honor?

The surveillance footage can be viewed on Youtube under the title, “SURVEILLANCE VIDEO: Woman hit in the head by officer (Graphic language)” posted by Chicago Tribune. It shows the woman, (Jessica) Jianqing Klyzek, handcuffed on the floor, screaming in terror as about ten police officers surround her, beat her and make death threats against her whole family.  All the while, Jessica was never guilty of prostitution. All the while, Jessica was married to a White-American. But according to the police, she is “not a f*cking American.” She should be put “in a f*cking UPS box and [sent] back to wherever the f*ck [she] came from”

Think. Which is worse? The physical beating or the verbal slander? They slandered our identity. They slandered our soul. This woman could have been our cousin, our aunt, our sister or our mother. I know Asian-Americans (especially men) have a stereotype for being passive. But if they mock, abuse and ravage us like this, and still we do nothing, then we are pathetic.

P.S. Please copy and paste (and modify) the following email to the Chicago Police Department at… CLEARPATH@chicagopolice.org, police@cityofchicago.org, IPRA-INFO@iprachicago.org

As a concerned community member, I am deeply disturbed by the UPS-Box Beating in which ~ten police officers surrounded a handcuffed Chinese-American woman, beat her(Officer Frank Messina), threatened to kill her family and said, “You’re not a f*cking American! I’ll put you in a UPS box and send you back to wherever the f*ck you came from!”-Officer Gerald DiPasquale

The police, who represent the law, should be held to a high standard of conduct. Therefore, as citizens we are deeply disturbed by this incident and we demand a formal, public apology from the Chicago Police Department! We also insist that all officers involved resign! Namely: