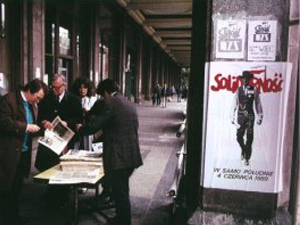 Solidarność. Solidarity. That was name that was chosen in 1980 for the “illegal” labor union that was to represent workers of Gdańsk’s Shipyards in their quest for worker’s rights. However, that union evolved into a powerful political party that represented hope for people of Poland within a few short years. Solidarność turned into the face of the anti-Soviet Socialism movement of Poland in the 1980’s. During their quest to overthrow Communist rule in Poland, Solidarność gained vocal support from several important leaders internationally, most notably from Pope John Paul II in the Vatican.

A very crucial date in Solidarność’s movement celebrated its 25th anniversary this past week on June 4th. This was the 25th anniversary of the first semi-free elections that were held in Poland. These elections were slated to allow for a free election of every seat in the recreated Senate. 35% of the seats in Sejm (the lower house of Parliament) were open to free election while 65% of the seats in Sejm were still reserved for the Communist parties, which were led by PZPR. A fully free election was guaranteed to occur within four years of these elections. Now the question that should be asked is why is such an event significant? Why should it be remembered? Simply put, without that first miniscule step, you cannot create change. 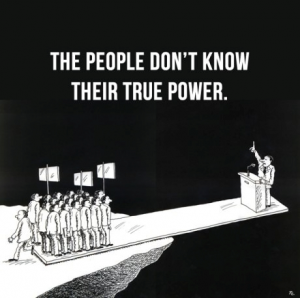 When I told a family friend that I would be writing about the 25th anniversary, he swiftly checked my elation and brought me back to earth. “So what,” he retorted, “those elections meant nothing.” I was stunned that he would think this, because he saw and lived the destruction that the oppressive regime brought to a people that simply wanted peace and fundamental rights. However, the more I read about this topic and talked to other expatriates, they echoed my friend’s lack of enthusiasm. Many shared the view that yes, even though they may have been important, so what?

To those that de-valued the significance of this monumental event, I ask them to consider the words written by President Bronisław Komorowski in his appeal this past week. President Komorowski wrote that “4 June 1989 represents a triumph of solidarity and courage over doubt and political isolation. 4 June 1989 marks the beginning of a successful, large-scale transformation of Poland’s political and economic system. 4 June 1989 is a return of hope for sovereignty for the countries of Central and Eastern Europe, the beginning of a journey towards European unity.”

The return of hope. That is what these elections should be synonymous with. They were the a great step of a movement that set out to give the people a voice. These elections allowed the people to express their desire to rid themselves of oppressive rule. The elections, even though they were partially free, showed the people that they had the power. President Komorowski echoed these thoughts when he said “[t]he election results revealed the real balance of power in society. They brought about profound changes. What won was the solidarity of millions of Polish people demonstrated by their unanimous decision. What won was a sense of community.”

This event is frequently credited with being the start of revolutions and protests in Eastern and Central Europe in 1989 that are referred to as the “Autumn of Nations”.  It started change in the region, and for that everyone should remember it. Unfortunately the significance of this event has been lost for some. But they must remember the immensity of the event.

Coincidentally, President Obama was in Warsaw on the 4th of June, and he attended the 25th Anniversary of Freedom Day. As always, he never hid his pride in Chicago. In front of the Presidential Palace in Warszawa, he bragged that “[i]n Chicago, we think of ourselves as a little piece of Poland,” . ..  “In some neighborhoods, you only hear Polish. The faithful come together at churches like Saint Stanislaus Kostka. We have a parade for Polish Constitution Day. And every summer, we celebrate the Taste of Polonia, with our kielbasa and pierogies, and we’re all a little bit Polish for that day. . .”

This anniversary serves as a reminder that Poland is very proud of what they accomplished that day. It may not have meant much that day, or the next, or the week after that. But within two years, that oppressive political regime had crumbled, and there was nothing left. This anniversary reminds everyone that in working together, you are the strongest. Together, we conquered tyranny and corruption. Together, we fought for freedom. And with that first partially free election, we started rolling a snowball down the mountain that created an avalanche back to Moscow.