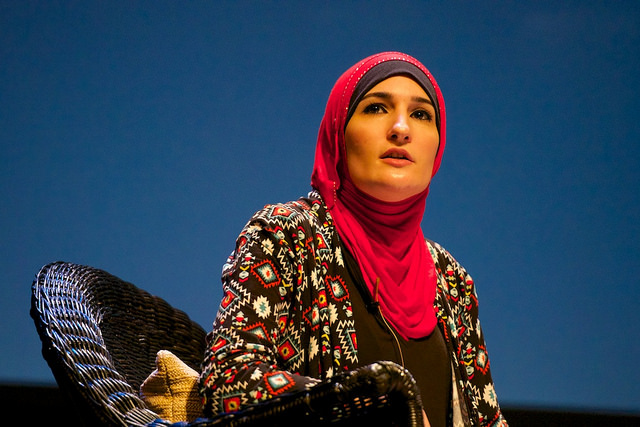 On June 22nd, CNN aired a debate between Brigitte Gabriel, founder of ACT! For America and Linda Sarsour, director of the Arab American Association of New York on the question of whether the media is “fueling the fear of Islam”. To me this question is answered by an irrefutable “YES!” Our media has instilled great fear of Muslims and hatred of our faith as a propaganda tool for the War on Terror. The Western media uses terrorist and fanatic stereotypes in television shows, movies, novels, and, most troubling of all, biased academic works and news outlets, which feature Islamophobic spin-doctors. Hate is an industry.

Gabriel’s media presence is one glaring example of this. As a widely-known Islamophobic mouthpiece and a self-proclaimed “terrorism analyst”, Gabriel has made public appearances where she has gone so far as to claim that Arabs “have no souls” and are “barbarians” hell-bent on “killing and destruction”. Debating against Gabriel, Sarsour, an outspoken advocate for Arab and Muslim Americans stands for the Muslim Americans who are bravely fighting against this titanic wave of Islamophobia in the media. 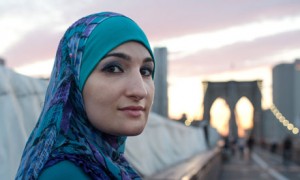 Sarsour took on Gabriel’s extreme views about Islam and Muslims in this interview. She even called Gabriel out for talking “out of two sides of her mouth” in regards to her inconsistent statements about moderate Muslims. Sarsour exposed Gabriel for her anti-Muslim statements to the Australian News, in which Gabriel claims 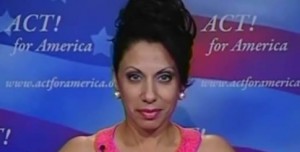 If you know about Islam, you would know that these are some of the most basic practices and beliefs that nearly every Muslim has. How can Gabriel say this is what makes a Muslim radical, when she claims that 75% of Muslims are moderate? Her statements are just plain contradictory.

In the CNN debate, Gabriel recognizes that there are extremists “on both sides” presumably putting Christians and Muslims at opposing ends, just as she puts countries like Israel against all Arab countries, claiming that Arab countries are “barbaric” and Israel is “civilized”. This statement, clearly meant to show that she is unbiased, demonstrates the opposite.

Beyond tearing down Gabriel’s contradiction, Sarsour spoke in defense of Muslims and Islam, particularly that Muslims should not be targeted as an enemy because of the unjustifiable crimes committed by small fringe groups, which the vast majority of Muslims would argue have nothing to do with the teachings of the Quran or the Prophet Muhammad.

These days, the media has mass influence over political opinions and cultural understandings. Brigitte Gabriel is just one Islamophobic activist that is paid to mislead and influence the American people with her media presence. According to CAIR’s  findings in the 2013 report Legislating Fear, “The inner core of the U.S.-based Islamophobia network enjoyed access to at least $119,662,719 in total revenue between 2008 and 2011.” If it wasn’t shocking enough that this Islamophobic movement has gotten so much media attention, the fact that these groups actually make a profit is just outrageous.

As an American, I believe that our country should uphold people’s rights to practice their religion without persecution. As Americans, we are allowing people to frame this endless war as a crusade. This goes against our American values. The media and our government define these terrorists by their religion, and thereby alienate and criminalize those who hold many of the same beliefs and have the same practices and are peaceful members of American society. As Sarsour points out, the Muslim community in America has helped in thwarting many potential attacks.  If we continue to frame this war as a conflict of ideology, we abandon one of the greatest things about America, the unity of people of different faiths and philosophies, “e  pluribus unum”.