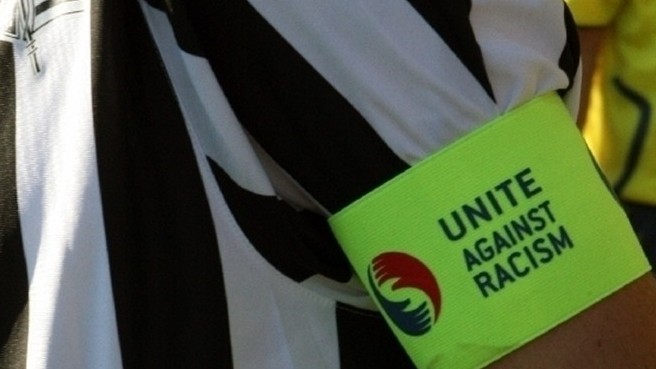 The Brazilian saying,“The Beautiful Game” that was coined the motto for football*, is not always so fitting.  As the FIFA World Cup 2014 approaches, the eyes of the world are on Brazil while they prepare and deal with an ugly truth of the sport: racism. Football is a religion that bonds this country divided by race. According to a 2011 census report, African-Brazilians and mixed races make up 51 percent of the country’s entire population. Because they make up the lowest class of the country and have little political representation, African-Brazilians are subject to racial discrimination all over the country. Few are exempt from discrimination, not even footballers.

The favelas, lawless Brazilian slums, are predominantly made up of mixed race and African-Brazilians. They struggle in face of poverty, hunger and violence. They are sparsely represented in the elite population and are seldom given the chance to. Lack of public officials acting in these areas of poverty has led to the rise of criminal gangs and drug lords. The government has taken action to ensure the country will be safe for the nine hundred thousand visitors expected to attend the World Cup. After Brazil announced its bid for the 2016 Olympics, the government launched a “pacification” programme where police were dispatched in the favelas to reel in gang violence and drug activity. Homicide and crime rates have only been increasing and at least 110 police officers have been killed on their raids in the favelas, according to the New York Times.

Though the Brazilian government declared racism a crime in 2010, fans still view football arenas as their political megaphone. African-Brazilian football players are subject to racial slurs, monkey sounds, and bananas being tossed at them by spectators both in their own country and abroad. Brazilian player Tinga received this treatment earlier this year when his team, Cruzeiro, played in Peru. Last month, Dani Alves, a Brazilian player for FC Barcelona, had a banana tossed at him during a game and responded by picking it up, unpeeling it and taking a bite. Alves sparked an international social media trend of fans taking selfies with bananas signifying their stance against racism.

In response to these recent incidents, Brazilian President Dilma Rousseff posted on Twitter,

“Brazil in the World Cup raises the banner of combating racial discrimination,” Rousseff wrote. “Let’s show our strength in football and in life comes from our ethnic diversity and take pride in it.”

However, Brazil is not alone in their problem of discrimination. Similar events occur all over Europe, especially Italy, Spain, and Germany. Mario Balotelli, an Italian international football legend of Ghanaian decent, is subject to racial abuse in his own home country. His stardom on the Italian team A.C. Milan brought to light the deep-rooted racism in Italy similar to that in Brazil. Former teammate of Balotelli, Kevin-Prince Boateng, left A.C. Milan to play in Germany because of the racial abuse, according to ESPN.

FIFA clearly states that there is no room for racism in football from either players, coaches or spectators. In Article 3 of the FIFA Disciplinary Code, they state,

“Discrimination of any kind against a Country, private person or group of people on account of race, skin colour, ethnic, national or social origin, gender, language, religion, political opinion or any other opinion, wealth, birth or any other status, sexual orientation or any other reason is strictly prohibited and punishable by suspension or expulsion.”

Despite FIFA’s stance, racism remains prevalent in football and with fans facing few consequences for their actions in the stadiums, there has been little improvement on the issue.

Earlier this week, FIFA President, Joseph Blatter met with President Rousseff in Brazil to deliver the FIFA World Cup trophy. In a post on Twitter, Blatter said, “Glad to meet President Dilma Rousseff. She wants the “Cup of the Cups”. So do I. We work together for this goal.”

*Referred to as soccer in the United States