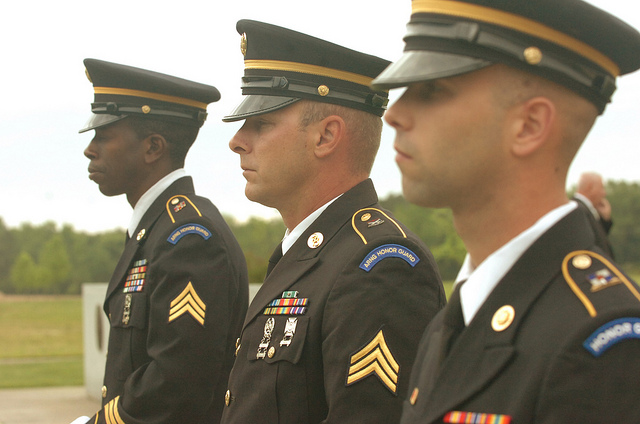 Results of an access audit conducted by the Department of Veterans Affairs were released on Monday, June 9, and found that VA medical centers across the nation have sidetracked patient scheduling for more than 120,000 veterans.

According to an article released by AZ Central, 57,000 former military personal have been misrepresented by the Department of Veterans Affairs and “about 64,000 were not even on the agency’s electronic waiting list for doctor appointments they requested.”

The access audit is the first real look into the VA system since the controversy began two months ago after reports of patients dying while awaiting appointments at the Phoenix VA center were released. It includes interviews with more than 3,772 employees nationwide between May 12 and June 3.

In a recent Huffington Post article, it was found that the Veterans Affair’s audit indicates that the VA problem is not a mere backlog issue.

“Thirteen percent of schedulers in the facility-by-facility report on 731 hospitals and outpatient clinics reported being told by supervisors to falsify appointment schedules to make patient waits appear shorter,” the problem is bigger than the VA made it appear.

Reviews of 731 VA agencies show that widespread confusion has surrounded record-keeping practices as well as there being pressure for VA schedulers to “utilize unofficial lists or engage in inappropriate practices in order to make wait times appear more favorable.”

Findings from the audit’s data verify the wrongdoings uncovered in Phoenix and help show that the agency’s practices are dysfunctional and threatening the health care of 9.3 million veterans.

According to Richard Griffin, the VA’s “inspector general,” further investigations could result in criminal charges, which he believes are necessary in order to combat senior VA leaders who have allowed and even encouraged fraudulent scheduling practices often referred to as “gaming” the system.

While no criminal charges have been announced by investigators, the VA controversy has already forced VA Secretary Eric Shinseki to resign.

When Shinseki gave his final resignation on May 30, he and VA officials announced that: top level agency officials would not receive performance bonuses for 2014, steps would be taken against any official involved in falsifying wait-time data, and senior officials would be removed from the VA’s Phoenix facility. Since this announcement, the VA has announced additional steps to be taken in solving the crisis, including the access audit indicated.

Though the Department of Veterans Affairs has set up a plan to address the controversy surrounding the nation’s VA clinics, the U.S. government has found it necessary to provide its own proposal to solve the VA crisis.

Following the release of the VA’s access audit, the House of Representatives approved legislation on Tuesday, June 10, that allows veterans awaiting medical care the ability to seek treatment from clinics outside of the system established by the Department of Veterans Affairs. The House legislation also makes it mandatory for the new VA secretary to give periodic updates on its medical services and procedures.

This legislation,according to Ed Royce (R-CA), the Chairman of the House Foreign Affairs Committee and a co-sponsor of the Bill, “ensures that veterans who cannot get an appointment will still get the care they deserve. It is the least we can do for those who served our country so bravely.”

While only time will tell if the House legislation is successful, for now let’s hope it can provide Veterans across the nation with the healthcare they deserve so they can move on with their lives.

The Mysterious Need for New Sanctions on Iran