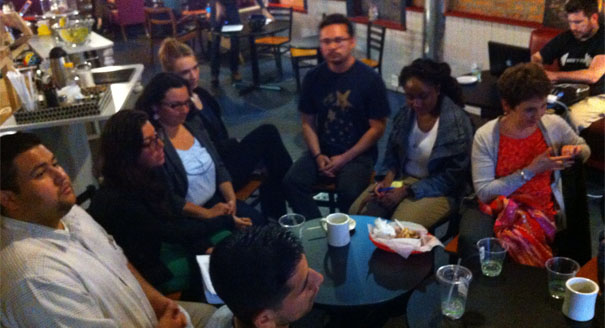 The World Cup kicked off last Thursday and it’s being held in a country best known for its love of soccer, Brazil. What should actually be a time of celebration has instead fueled a debate and has many Brazilians outraged.

Although tourists and some of Brazil’s finest elite will be inside the Amazonia Arena for the mega event, protesters will be outside the arena protesting FIFA for the many issues the country has faced for hosting the tournament.

Activist and educator Barbara da Silva discussed the working class’ anger with the sport event’s costs at the “When Soccer and Politics Collide” event, hosted by the Illinois Humanities Council Wednesday night.

Silva said the poor and the working class will not be able to attend the tournament.

“They can’t afford it,”Silva said. “It costs hundreds of dollars. It will mostly be tourists, upper class Brazilians, mega corporations and politicians there.”

Brazil is hosting the tournament during a time when their economy is unsteady.

A recent 20 cent bus fare increase has sparked public dissent and caused riots within the country.

Silva said she thinks it’s a way to utilize the spectacle of the mega event.

“It’s a way to distract people,” Silva said. “There are connections in Mexico, where there are major laws being passed and political changes happening during mega events, especially the popularity of soccer. Sports is highly used as a distraction to what’s happening politically in the country.”

Silva said one would argue that its also about seeing how certain politicians will respond to all the changes happening in the country in order to gain or lose votes.

On top of the bus fare hike, people were forcibly evicted from their homes to make space for the tournament.

“Over 5,000 families were evicted and forced out of their homes,” Silva said.

It wasn’t long ago when Chicago was considered for hosting the 2016 Olympics. 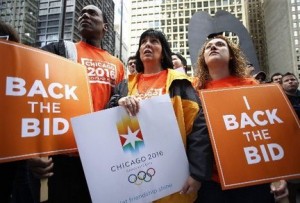 With hopes of winning the bid, land was being purchased within the North Lawndale neighborhood, which still has several vacant properties remaining. However, the Windy City lost its bid in October 2009 after the Olympic Committee eliminated its chances in the first round of voting.

Silva said those venues are not being utilized for this year’s World Cup or for the upcoming 2016 Olympics.

“Its’ an attempt to revamp areas which are historic working areas,” Silvas said. “They are turning them into malls, tourist sites and parking spots. It’s a space for the elite and most popular.”

Silva said its all a movement for elite.

The state and military induced violent attacks towards the protesters are a major concern. Brazil is spending roughly $15 billion in demanded upgrades and expenses for the sporting event, which includes internal security.

With hundreds of troops and police already brought into the country, there are new policies of FIFA that are overriding any local or nationwide laws or policies.

Silva said one of the new exceptional laws is there shouldn’t be anything that might degrade FIFA or any of the World Cup venues.
“There is a state of exception happening in Brazil right now,” Silva said. “They are criminalizing social movements, protests and demonstrations. Anything that may regard the World Cup as a negative thing is being attacked very violently.”

Silva said a lot of people are fighting for their lives and suggests protesters be on guard.

“The protesters need to be strategic and very careful,” Silva said. “There will be massive police surveillance.” 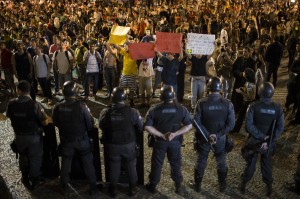 Silva hasn’t been organizing on the issue but, she said having events creates awareness and changes people’s perception.

“Now is a real valuable time to create visibility on the issue,” Silva said. “It doesn’t end now or after the World Cup, its still happening.”

Looking ahead in sports: The future of religious headgear on the field