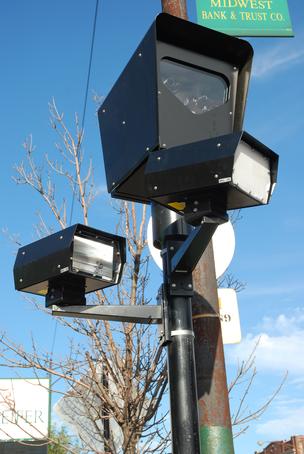 After thousands of motorists have been tagged with $100 fines, a group of aldermen are asking for a watchdog to investigate Chicago’s red light camera program.

Chicago City Council spoke on Monday about the issues of the program and mainly, whether or not there’ll be refunds for motorists wrongly issued.

Mayor Rahm Emanuel didn’t comment on whether or not drivers will be reimbursed stating, “ I’m not going to prejudge stuff. That’s not for me to decide.” 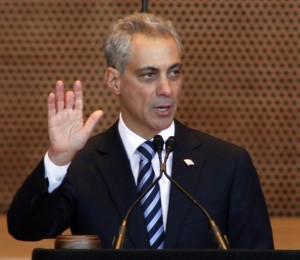 In fact, since the Tribune investigation was published on July 19, the Emanuel administration hasn’t given an explanation on the recent cause of increased red light tickets.

It wasn’t long ago when Emanuel fired Redflex Traffic Systems last year after having close ties with retired Chicago Department of Transportation manager John Bills, who was charged with bribery amid in May.

Since then, Chicago has become the red light camera capital in the U.S. with a total of 384 cameras posted at 191 separate intersections, generating almost $70 million a year in revenue.

Earlier this month, the Chicago Department of Transportation announced more speed cameras are scheduled to go up soon across the city.

Yet, the aldermen aren’t the only ones who are disturbed by drivers being penalized by the program.

Mark Wallace, of Citizens to Abolish Red Light Cameras, said the organization has been on the frontline appealing the ordinance for two years.

“I noticed there was a problem at one the intersections in the South side,” said Wallace.

When not protesting on a weekly basis with the organization, Wallace said he presses out the message on the WVON 1690 am radio station.

“It’s an easy way for the city and private companies to tax and fine citizens,” said Wallace. “Most people aren’t going to challenge a ticket. People don’t contest and those who do, end up losing, which is unconstitutional.”

Wallace said he thinks the program is more profit driven.

“We’re going to continue to protest till red light camera program is no longer in the state,” said Wallace.

Stephen Hinton, a Chatham resident, created a petition revoking the red light cameras within Chicago. With a total of 552 signatures, Hinton posted on his online petition hopes of challenging the tickets in court.

Attorney Patrick J. Keating, of Roberts McGivney Zagotta LLC., said he first heard about the complications with the red light program after his wife was issued a ticket.

“My wife got a ticket and I decided to look into it after I thought it was unfair,” Keating said. “I started pulling back the layers like an onion and found out that the city didn’t have the authority for a red light camera program.”

In 2005, Minneapolis created a red light camera program before a law was enacted by Minnesota lawmakers.

Two years later, the Minnesota Supreme Court ruled the program was unconstitutional and was ordered to refund $2.6 million in fines to drivers in April 2007, causing the city to end the program.

Keating filed a lawsuit arguing tickets issued between 2003 and 2006 were irrational, due to the fact they were issued before a law was enacted like Minneapolis.

Currently, Keating said the firm is looking at claims that justify two class actions in both the Supreme and Circuit Court.

“If the city won’t voluntarily go through with it, then we’ll handle it in court,” Keating said. “If the Supreme Court rules in favor, then Chicago people may get relief.”

City Hall announced that letters will be sent out on Friday to at least 9,000 drivers providing details and explaining the review process to determine if the city will send refunds.