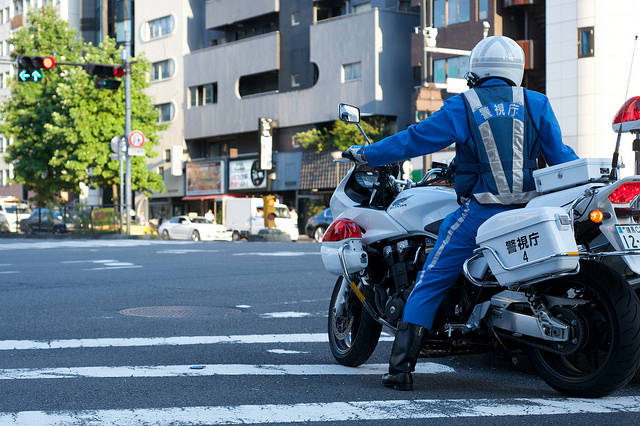 This month, The United Nations Human Rights Committee will review an issue of surveillance and information gathering in Japan, where the national police have profiled thousands of Muslims according to leaked documents.

In October 2010, 114 documents were leaked through the internet from the Public Security Bureau of the Tokyo Metropolitan Police Department. The documents revealed that the Tokyo Metropolitan Police Department, under the supervision of the National Police Agency of Japan, had conducted systematic and extensive surveillance and information gathering activities targeting Muslim. The individuals were profiled solely based on their religion without any indication of criminal activity or any connection to wrongdoing. The data was downloaded through file-swapping software more than 10,000 times in over 20 countries.

According to an NGO report submitted to The United Nations Human Rights Committee, the Tokyo Metropolitan Police Department and the National Police Agency had, as of  May 2008, assessed and digitalized the personal information of 12,677 Muslim individuals in Tokyo. This equals roughly 89% of the 14,254 foreign nationals from OIC (Organization of the Islamic Conference) countries registered in Tokyo. The Hokkaido Toya Lake Summit convened July 2008, the same agencies had profiled roughly 72,000 individuals from countries equaling roughly 98% of those coming from OIC countries.

“This shadow report is the first report submitted to international organisations with respect to Japan’s extensive surveillance of Muslims. It provides information about the extensive and systematic surveillance activities and profiling practices targeting Muslims revealed from the leaked materials.”

In effort to combat international terrorism, The Tokyo Metropolitan Police Department and the National Police Agency, since June 2008, stationed agents in mosques all around Japan with the mission of tracking suspicious activities of mosque attendants. The stationed agents detected and observed new arrivals and suspicious individuals at mosques. Extensive and systematic surveillance of mosques continued after the Summit. The Tokyo Metropolitan Police Department and the National Police Agency also monitored various Muslim communities, including Islam-related non-profit organizations, halal shops, Islam-related restaurants, and Islam-related corporations, and systematically gathered information about these organizations. The gathered information included the location of the organization, names of representatives and officials, the amount of annual fee, financial situation including bank account information, name of account holders, balance of the account, and income and expenditure. Also, surveillance cameras were set up around mosques and Islamic-related organizations.

Based on these surveillance activities, the Japanese police have constructed a massive database storing personal information of Muslim individuals. According to leaked documents, the database included not only names, birth dates, photos, addresses, nationality and employment, but also sensitive personal data such as criminal records and routine activities of Muslim individuals. The leaked documents suggested that the Japanese police had conducted this systematic surveillance in cooperation with foreign agencies such as the FBI, the CIA, and the New York Police Department. Also some of the personal information gathered by the police was shared by the agencies.

In addition to the invasion of privacy and the chilling effect on religious freedom, some Muslims suffered economic damages such as loss of employment and the decline of their business because they were suspected as a terrorist after the leak.

The police have never admitted that the data originated with them, although the leaked documents are apparently internal documents of the Tokyo Metropolitan Police Department. No suspect has been identified over the leaks, and the statute of limitations on the criminal case expired in October 2013.

A group of 17 Muslims have filed suit against the Japanese police, demanding monetary compensation for violations of privacy and religious freedom. The Attorney Team for Victims of Illegal Investigation against Muslims (“Attorney Team”) were established in response to the leak and have represented plaintiff Muslims in the law suit.

“In our view, the real problem is an investigation policy hostile to the entire Muslim communities in Japan,” The Attorney Team said in their report.  “We have been working to advocate for Muslim victims and prevent the surveillance and leakage of information.”

On January 15 2014, the Tokyo district court ordered the Tokyo metropolitan government to pay 90.2 million yen (or $860,000) in damages to the plaintiffs for violating their privacy by leaking their personal data. The court ruled that the data was created by the police, held by the Tokyo Metropolitan Police Department’s public security bureau and leaked by an insider, and that the Tokyo Metropolitan Police Department was negligent in properly supervising the data. The court, however, rubber-stamped surveillance activities targeting Muslims as long as gathered information was not leaked.

The judgment of the Tokyo District Court did not consider the issue of the police’s surveillance and information gathering from the perspective of international human rights law, although investigations using profiling based on religion violates the international human rights obligations enshrined in the International Covenant on Civil and Political Rights (“ICCPR”), especially Article 2 (right to non-discrimination), 17 (right to privacy), 18 (freedom of religion), and 26 (right to equal protection).

The United Nations Human Rights Committee will review Japan’s implementation on the ICCPR this month, and the review session is the important opportunity for civil societies to raise awareness on Muslim surveillance in Japan, and pressure the Japanese government to end the surveillance.

I hope the Muslim surveillance issues will be discussed in the review session in July, and the UN Human Rights Committee will issue recommendations that the Japanese police comply with the international human rights laws including the termination of systematic surveillance against Muslims.

* Changho Kim is an attorney admitted in Japan, and a co-author of an NGO alternative report titled “Extensive and Systematic Surveillance and Profiling of Muslims: Japan’s Violation of the International Covenant on Civil and Political Rights”, submitted to the UN Human Rights Committee. This article is based on the content of the alternative report unless otherwise mentioned.