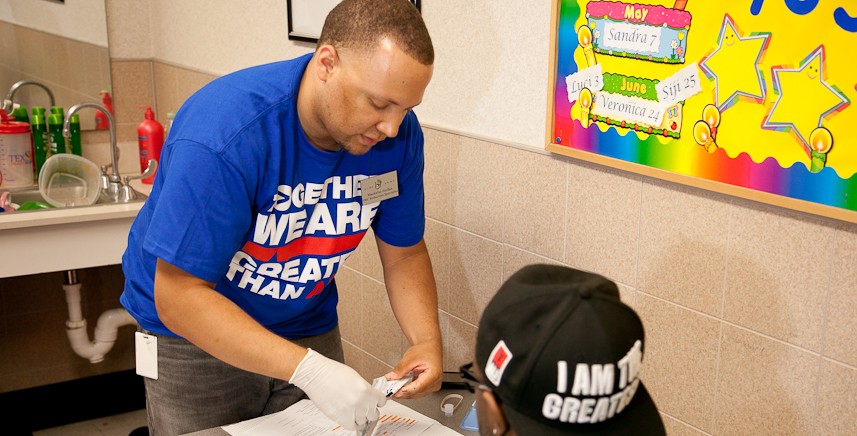 Chicagoans were encouraged to get tested last Friday for National HIV Testing Day. Greater than AIDS, a coalition leading public information through campaigns and community outreach, teamed up with Walgreens to provide free HIV testing for more than 250 of its stores within the U.S; including 27 store locations in Chicago.

There are over 1 million people nationwide infected with HIV/AIDS, according to the Center for Disease Control and Prevention (CDC).

Yet, one in six people do not know they have been affected with the disease.

Anthony Galloway, administrator of  a 36-member agency organization called Step Up Get Tested (SUGT), said there is a total of 6,000 Chicagoans that doesn’t know their status but are positive.

“The new infections are coming from them,” said Galloway.

Although HIV/AIDS is decreasing amongst the general population, Galloway said HIV/AIDS is primarily being found more in African-American women than Latino and Caucasian women.

However, there’s a recent increase in Caucasian gay men.

“Part of the increase could be that sources could of been focused on other groups,” said Galloway.

SUGT’s campaign is reaching out to the wider population and destigmatizing the stereotype of getting tested.

“We’re using the hashtag SUGT14 on social media to keep people around and engaged,” said Galloway.

Chicago held its 45th annual Pride Parade yesterday, where over 1 million attendees came out and celebrated.