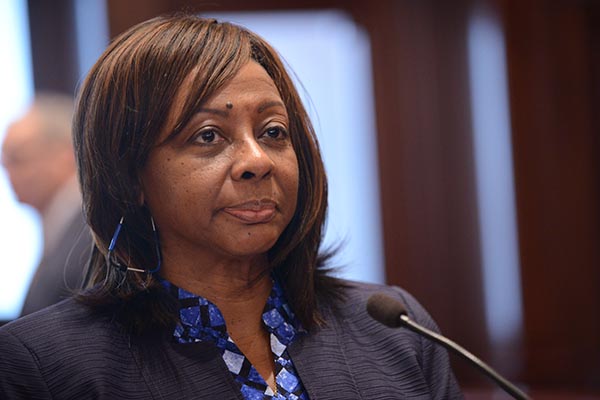 “The intent of the bill is to include state agencies such as, government businesses, social services and child welfare, to minority programs,” Hunter said.

The Illinois African American Family Commission (IAFFC) will be responsible for monitoring and creating an annual report based on the commission’s progress.

The bill includes expanding the commission’s objectives like, monitoring and commenting on existing and proposed legislation and programs that address the needs of African-Americans. The commission will also help represent African-American families in the implementation and planning of policies, programs and services.

The IAAFC was created 21 years ago with the intent of working close with the state welfare system.

“Too many kids were going into the welfare system,” Hunter said.

As the commission grew, it saw other areas that needed to be focused on throughout the African-American community such as, economic development.

Along with Illinois, Connecticut, Iowa and Maryland all have commissions that address the needs and concerns of African-Americans in their states.

While legislating for the bill, Hunter said she received a great amount of support from Rep. Kenneth Dunkin (D-Chicago) on getting it passed.

“Kenneth Dunkin did a great job working with me on this bill,” Hunter said. “The Latino Family Commission worked hard to get it passed as well. In fact, they’re up next to mend their scope for economic development.”

Hunter also said changes made to the commission are modeled after the Illinois Latino Family Commission.

The Illinois Latino Family Commission Act is a policy made to promote family preservation and to strengthen Latino families within the state. The commission is making an effort to advise the governor and to assist state agencies with economic development, education and employment within the Latino community.

Yet, Hunter said she had difficulties with getting the bill out of committee. A total of $750,000, which Hunter said was needed for programs and initiatives, didn’t sit well with some House members.

“The issue was that they thought it was too much money,” Hunter said. “ I don’t recall having a debate about money for the Latino Commission.”

“They said the amount was too high so the amount went on a bipartisan basis,” Hunter said.

The Commission may also receive funding from federal and private sources including, gifts, donations and private grants.

For Hunter, this law is another step closer to promoting equality within the state.

“It’s a constant battle everyday,” Hunter said. “I don’t know when it will stop.  But, we will continue to work with community leaders, parents and young activists.  Fifty years later since the Civil Rights Act was passed, there’s still a need of uplifting minorities in our country, cities and states.”

The law will go into effect on Jan. 1, 2015, however, the IAAFC will soon start implementing and putting preliminaries into place.