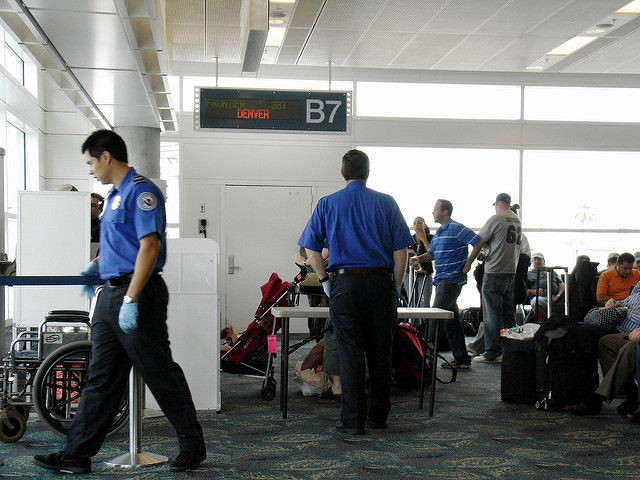 Last week, U.S. District Judge Anna Brown of Portland, Oregon struck down government’s no-fly list procedures as unconstitutional. The American Civil Liberties Union took on the issue, representing 13 individuals who claimed they were unfairly placed on the list without notice. Though the decision appears to be a victory for individual liberties, the case failed to address a larger issue of government profiling terrorism suspects.

Judge Brown stated in her opinion that the no-fly list procedure lacked a due process component and was therefore a violation of the 5th Amendment. She ruled that the government needed to provide rationale and allow suspects to dispute claims in court of law if necessary.

“In addition, notice of the reasons for inclusion on the No-Fly List as well as an opportunity to present exculpatory evidence would help ensure the accuracy and completeness of the record to be considered at both the administrative and judicial stages and, at the very least, would provide aggrieved travelers the opportunity to correct ‘simple factual errors’ with ‘potentially easy, ready, and persuasive explanations,’” Judge Brown said.

However, Judge Brown did not address the process by which the FBI identifies terrorist suspects in the first place. In December 2012, the estimated number of individuals on the no-fly list doubled to 21,000 according to the Associated Press. These individuals are prohibited from flying commercial airlines and are often subjected to long hours of detention and questioning because of government suspicion of terrorism involvement.

The 13 plaintiffs in this case argued that they were not given clear answers about why they were originally placed on the list. In addition, there was no legal method for them to be removed from the list. Procedural changes to include due process are necessary, however changing the identifications methods for “extremism” could reduce the number of people on the FBI watchlists and subsequently, the no-fly list.

Arun Kundani, an NYU professor and author of The Muslims are Coming! Islamophobia, Extremism and the Domestic War on Terror, spoke with the Chicago Monitor on the subject.

“I think civil liberties advocates are pleased with the decision because there may now be a legal mechanism to get off the list. Until now, the only way was informal negotiations with the FBI which could lead to aggressive pressure to work as an informant,” Kundnani said. “How you get on the list, we still don’t know much. It’s reasonable to assume that the FBI looks at association, social networks and have radicalization indicators. That can become a rationale for religious profiling.”

The FBI Terrorist Screening Center (TSC) holds that, “Generally, individuals are included in the Terrorist Screening Database when there is reasonable suspicion to believe that a person is a known or suspected terrorist. Individuals must not be watchlisted based solely on race, ethnicity, national origin, religious affiliation, or First Amendment-protected activities such as free speech, the exercise or religion, freedom of the press, freedom of peaceful assembly, and petitioning the government for redress of grievances.”

The government’s definition of “suspected terrorist” is unknown along with the process by which they identify them. The ACLU addresses the issue in their recent government watchlisting report, which includes numerous FBI errors when targeting suspects. Their research found that “45 percent of the watchlist records related to redress complaints were inaccurate, incomplete, outdated, or incorrectly included”. One example is that of Rahinah Ibrahim, a Stanford Ph.D. student from Malaysia who was handcuffed and detained when attempting to board her flight. She was placed on the no-fly list because of a “bureaucratic error” and was only allowed to leave the country again after a few years. However, she is barred from returning to America and the error has yet to be corrected.

The report emphasized a lack of meaningful process by which the government goes about determining “known or suspected terrorists”. It concludes with a much larger procedural change than that which Judge Brown ordered.

“If the government is to maintain watchlists, they must be targeted at genuinely dangerous individuals. As implemented, however, the government’s watchlisting system amounts to an unchecked exercise of power over innocent citizens and non-citizens alike… Fundamental changes to this system—including narrow listing standards, rigorous review, and meaningful redress procedures—are long overdue.”

In New York, leaked documents revealed the NYPD’s Muslim surveillance program, which tracked the daily lives of Muslims all over the state. The unit was disbanded in early April following this event, however, the issue sparked religious profiling awareness nationally. A similar event involving the federal government’s surveillance programs could reveal concrete evidence of the same wrongdoings on a national scale.

“Leaked documents would be helpful to shed more light on the FBI’s decision-making,” Kundnani said. “However, we already know enough of the picture to know why the approach is wrong. We don’t have to wait for more information before we address it.”

Fear and Loathing and the TSA