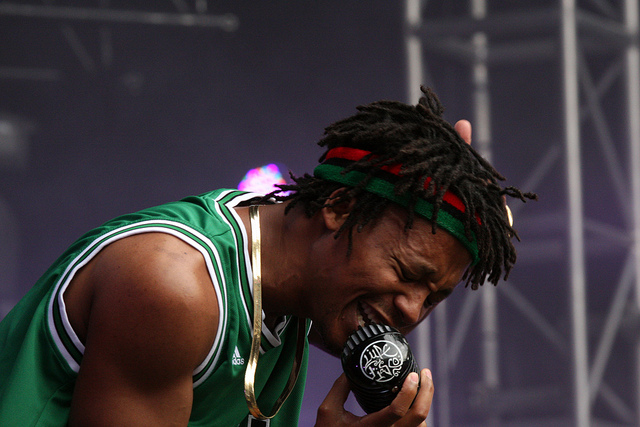 Across the United States, from politicians to celebrities, individuals are adding their voice to the Israel-Palestine conflict. Both sides have their outspoken patrons, with what seems to only be a few remaining unpartisan. When heavy-weight names add their voice to international and national debates, it certainly brings attention to the issue. As the audience, we need to critically analyze the voices we listen to and sometimes just take them as another opinion on the matter.

The increase in social media allows everyone to outsource their voice. Celebrities especially enjoy the barrier-less flow of communication between them and their fan base. Not only does it allow them to share news about their upcoming events or their latest media exposure, but also their thoughts on daily world happenings. The Israel-Palestine conflict greatly affects countless individuals around the globe, either directly or indirectly. Many celebrities connect with the conflict because of their religious standings, political ideologies, or/and human rights stance. While their outlooks may provide different insights into the discussion, it also adds friction to the dividing line of the topic.

Both sides respectfully have a long list of celebrities joining their cause. Bill Maher, Joan Rivers, Howard Stern, and Gal Gadot have all openly expressed their support for Israel.

On the other hand, celebrities by the likes of John Cusack, Selena Gomez, Madonna, and John Legend have sympathized with Palestine. Twitter has been the main venue of their discussions. After their Tweets, many discussants get drawn into further debates whether to justify their opinions or to now act as a liaison for their respectful side by appearing news outlets. 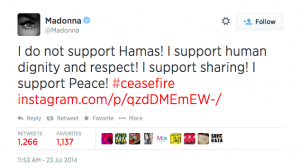 This conjures back memories of grade school kick ball gangs during recess. The team you joined on the first recess was your team throughout the entire year and decided how the entire grade school community viewed you. But what happens if you decide not to join a team and just want to advocate for kick ball? Often you were forced to decide or criticized for not picking a side. A similar response came from the Twitter community after Rihanna voiced her opinions on ending the Israel-Palestine conflict in general and not expressing one side over the other. Maybe this is what celebrities need to use their star-power for instead—advocating for peace and discussion, and not picking sides?