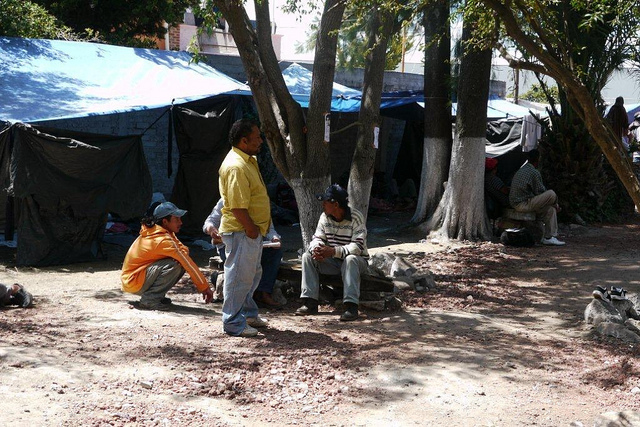 While Congress debates tightening border security and deporting illegal immigrants, Chicago may be housing up to 1,000 refugee children by the end of the year. Last week, Mayor Rahm Emmanuel announced that Chicago will accept some of the thousands of unaccompanied minors who’ve fled to the U.S.-Mexican border from Central America. Many Chicagoans are wondering where these children are going to stay and how they are going to be protected in a city struggling to protect its own child citizens.

“The influx of unaccompanied child migrants is a growing humanitarian crisis that we can no longer ignore,” Emanuel said. “While we have our own challenges at home, we cannot turn our backs on children who are fleeing dangerous conditions. We will do our part to ensure that these children are given access to services and treated fairly and humanely.”

Since October, more than 57,000 children have been apprehended at the U.S.-Mexican border, mostly from El Salvador, Honduras and Guatemala. Most children have escaped extreme violence in their home countries and numbers fleeing to the United States have steadily increased since 2011.

This past Friday, House Republicans passed a strongly partisan border control bill which is unlikely to become a law. The bill calls for $694 million to increase border security and speed up the deportation process. President Obama said he would “vow to veto if the bill came across his desk” because of its extreme measures.

Once processed by border security, unaccompanied minors have an immigration court hearing which can take anywhere from a couple months to a year. However, The Department of Justice has recently expedited the hearing process, stating that immigrants must have their hearing within 21 days of being processed. As of this year, there are 375,000 immigration cases and only 228 immigration.

Groups including The American Civil Liberties Union have filed a suit against the federal government for failure to provide many immigrants with legal representation during their deportation hearings. They request that the government stop their deportation process and ensure that immigrants, especially unaccompanied minors, receive proper due process.

It is estimated that there are already 500 unaccompanied migrants in Chicago. Emmanuel said he plans to increase shelter space for the incoming children. He also plans to start a pro bono effort with Chicago law firms to provide migrants with proper legal representation for their hearings.