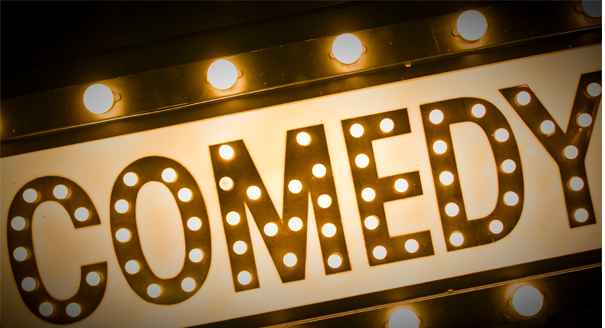 I’m not saying that you can’t touch on the subject of women in your stand-up routine. In fact, I love when people do!

There’s nothing funnier than a guy who actually understands women enough to make a joke about us that we find hilarious. Chris D’elia did it. Louis C.K. does it all the time. What’s the difference between their material regarding women and Bill Burr’s?

They don’t say that they hate us. Bill Burr said that last Sunday night at Chicago’s hosting of the Oddball Comedy Tour.

When Louis C.K. has women in his material, it’s usually making fun of a larger issue. Abortion, divorce, family… it’s never making fun of women. Or denouncing their right to be seen as equals. Chris D’elia put women in his material to create social satire. 99% of the time, he’s pretty universally right. He told a joke about women always wanting to go out then being indecisive about where to go because they want to be surprised.

In a writing class at Second City, Jay Steigmann told us that when writing, you need to take a shot at yourself first. After that, when you shoot one at someone else, they’ll say it’s okay because you took a bullet first. I look at a lot of comedy through this lens.

Am I okay with making fun of myself the way that I’m making fun of someone else? Or am I just shooting someone for the hell of it?Bill Burr was going beyond that, he was murdering people without even stubbing his own toe.

His words hurt. He wasn’t simply saying that women are stupid or useless or whatever. He said he hated them… that “Michelle Obama needs to shut her yap. Just because she’s f****** Obama doesn’t mean she can talk.” Jim Jeffries said that guys f*** their wives up the a** because it’s the most hateful thing they can think of doing. That men like to “stare in their eyes while doing it so that they can see the damage they’re doing.”

He said that people are too sensitive, that his jokes aren’t hurting anyone and if you aren’t laughing it’s because you don’t understand comedy. Are you f***** kidding me? As a comedian, I don’t walk out on sets. No matter how brutal they are, I’m a good audience member.

I walked out on this one without hesitation.

His hatred towards women lost him at least half of the audience, hopefully more. I didn’t listen to a word he said after he starting talking about how much he hated women. Even if he were to make an intelligent joke, I would have refused to give him my laughter.

But Bill Burr isn’t going to change. He does his thing and somehow people like it. He’s an

a-hole… a-holes aren’t going to change. He never apologizes. Deep down, there’s something else that bothers me even more.

Audience members were laughing their asses off… even standing up and applauding his hateful words. This infuriated me. He was showing the audience that it’s okay to laugh at how “horrible” women are. Inevitably, some young dudes in the audience were inspired by him.

So I guess what I want to say is that I hope you never become a stupid comedian. An asshole.

Someone who is willing to hurt someone else to gain some sort of image. Some worthless reputation.

Do you know how much funnier you can be?

Sarah Silverman, KNOWN for being offensive and dirty, delivered an incredibly smart and hilarious set. Her offensiveness was intelligent – using her love of dick jokes to describe to men how invasive a pre-abortion ultrasound could be.

If you want to swear and be abrasive and a comic’s comic, you can do that. Just don’t hurt people while doing it.

You don’t have to be Bill Burr.

At it’s core, comedy is supposed to make people laugh. To make them feel good. Not to hurt someone. Don’t forget that while you’re trying to make yourself known.

You can catch Anni regularly joking and being all-around hilarious at many improv and stand up clubs around the city. Read more of her writing here.

The NFL is Being Progressive (By American Standards)