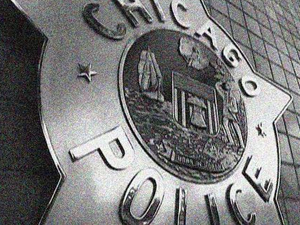 The week before the Labor Day weekend during the height of the national outcry over events in Ferguson, the Chicago Alliance Against Racist and Political Repression (CAARPR) held a press conference about their letter to Attorney General Eric Holder calling for an investigation of 65 documented cases of police brutality in Chicago. How many local media sources covered this story? Zero.

With the nation’s spotlight turned on racism entrenched in the policing of majority black cities like Ferguson, Missouri, CAARPR shined that same spotlight on cases of Chicago police brutality and all the main media outlets ignored it. Speaking at a press conference in Detroit on September 2 at the court hearing for Chicago Palestinian community leader Rasmea Odeh, Frank Chapman of CAARPR reminded the crowd of the Chicago press conference and the connection to Odeh’s case. “On August 27, we sent a complaint to Attorney General Eric Holder for an investigation into 65 victims of police brutality in Chicago, like the case of Rasmea Odeh, many of these were victims of torture.”

Chapman’s statement connecting the victims of Chicago Police torture with a victim of torture in Israel is reminiscent of John Conroy’s 2000 book “Unspeakable Acts, Ordinary People: The Dynamics of Torture”. In this seminal study, he identifies how ordinary people can rationalize their behavior and become torturers. He uses three case studies – British forces in Northern Ireland with IRA suspects, the Israeli army and Palestinian detainees, and Chicago Police Department (CPD) interrogation of suspects. In a chapter titled “Chicago – The Public is Not Aroused”, Conroy describes the Chicago media’s lack of interest in CPD brutality cases that continues to this day.

“On August 8, 1989, I watched Commander Burge and Detectives O’Hara and Yucaitis [all of whom had been charged with torturing multiple suspects over a twenty year period] walk out of Judge Duff’s courtroom cleared of all charges, secure in their jobs, and pleased with their lawyer, William Kunkle, whose bills – having run into hundreds of thousands of dollars – had been paid by city taxpayers. There was no great storm of protest at the verdict. The city’s two major daily newspapers – the Tribune and the Sun-Times, had not paid much attention to the second trial.”

It would take another twenty years for Jon Burge to finally be convicted and serve jail time for his years of torturing suspects.

At the August 27 press conference, Kevin Gosztola from the progressive news site Firedoglake, interviewed Jeffrey Baker of CAARPR who spoke of the organization’s 40 year history of tracking CPD brutality and torture cases like those involving Jon Burge.

Dawn McIntosh, was one of the family members at the press conference who described the killing of her son, Roshad, by the Chicago Police. “My son was killed senselessly, and he shouldn’t have been. He was surrendering, and they shot him anyway…He was on his knees with both hands up begging for his life. They killed him.” She also stated the police would not let her see her son’s body until they needed her to identify the body.

The beginning of the CAARPR letter to Eric Holder makes the connection between this CPD history and the killing of Michael Brown in Ferguson. “The murder of Michael Brown in Ferguson MO, and the massive outpouring of anger and demands for justice by the people of the St. Louis Area have focused the attention of the nation on the crisis of police crimes all over the country. People are demanding that the perpetrators of crimes who hide behind a police badge, and their leaderships, be investigated and prosecuted.”

The CAARPR press statement emphasizes that “Chicago is very much a part of the national epidemic of police crimes. Police killings such as the murder of Michael Brown in Ferguson have taken place dozens of time in Chicago and Cook County.  Because of the major human and civil rights violations perpetrated by police against civilians throughout the Greater Chicago Area we are complaining and petitioning to the Department of Justice to investigate these police crimes and to prosecute the perpetrators.” CAARPR is not only demanding a DOJ investigation into these CPD shootings, but also the establishment of a Civilian Police Accountability Council (CPAC). CAARPR has drafted legislation for an elected CPAC that would enable prosecution of criminal police abuse of human rights.

Within a week after delivering the CAARPR letter calling for the DOJ to investigate the 65 Chicago Police Department shootings, the Chicago Sun-Times quoted U.S. Attorney Zachary Fardon and FBI Special Agent in Charge Robert Holley saying there is no “sweeping investigation of shootings by Chicago Police Officers”. As the Sun-Times points out, “this statement by the Feds was released a week after an attorney, representing cops, wrote to the Fraternal Order of Police warning that an FBI probe of the CPD was in the making.”  U.S Attorney Fardon is denying any large-scale investigation of shootings by the CPD, but also suggesting there isn’t any need for one. Apparently, Fardon had either not bothered to read the CAARPR letter or just didn’t take it seriously. Fardon and Holley continued along this path of denial saying “As Acting Assistant Attorney General Molly Moran stated today, there is no open pattern-and-practice civil rights investigation of the Chicago Police Department.”

In a statement addressing the Sun-Times article, CAARPR expressed outrage – “The Chicago Alliance Against Racist and Political Repression presented (Wednesday, August 27, 2014) to U.S. Attorney Fardon a letter/complaint addressed to U.S. Attorney General, Eric Holder, signed by 65 victims of police crimes of murder and torture. This letter documents that there is in fact an ‘open pattern-and-practice of civil rights violations and crimes perpetrated by the Chicago Police Department'”.

At the end of August, Attorney General Eric Holder was shown visiting residents of Ferguson, getting input for an investigation of the Ferguson police practices that he would announce on September 4. At that announcement he would cite the “deep mistrust” between the local residents and law enforcement officials. But it seems in the case of Chicago, neither Attorney General Holder nor local U.S. Attorney Fardon will even acknowledge there may be a similar problem in the President’s hometown.

One of the conclusions Chicagoan John Conroy reached in his book on how ordinary people become torturers is that torture continues to be accepted and justified when there is no public outcry against it. Commenting on the “citizens of Chicago being unmoved” by Jon Burge’s behavior, Conroy says “I found that I did not need to journey far to learn that torture is something we abhor only when it is done to someone we like, preferably someone we like who lives in another country.”