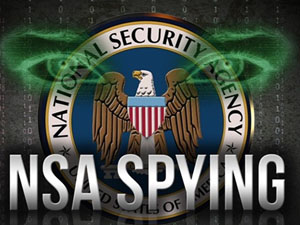 Recent articles have described NSA documents released by Edward Snowden showing that in 2009 the U.S. reached an agreement to routinely share information with Israel including the content and metadata of phone calls and emails from Palestinian-Americans. The information was shared with a secret Israeli spy organization called Unit 8200.  As the Guardian points out, the agreement calls for the material to be “raw” or unredacted, meaning names and personal information have not been taken out. Much of the U.S. coverage of this story has focused on putting the relatives of the Palestinian-Americans living in Israel or the Occupied Territories in danger from the Israeli security services, but no one seems to be concerned about Palestinians living in the U.S. whose personal information is being captured and shared with U.S. security services.

In an opinion piece for the New York Times, James Bamford who interviewed Edward Snowden in August for Wired magazine, said

“Mr. Snowden stressed that the transfer of intercepts to Israel contained the communications…of countless Arab- and Palestinian-Americans whose relatives in Israel and the Palestinian territories could become targets based upon communications.”

Later Bamford does draw the connection that “it should trouble Americans that the N.S.A. could head down a similar path in this country”, but doesn’t seem to make the obvious connection that the N.S.A. is not only gathering “raw data” on Arab- and Palestinian-Americans to pass to the Israeli security services, but also for our own Department of Homeland Security (DHS). From cases in the past like those of Muhammad Saleh and Dr. Sami Al-Arian to the current case of Rasmea Odeh, the Chicago Palestinian community leader, it is clear that the FBI tracks Palestinian activists.

James Bradford’s article about the NSA secret agreement between the U.S. and Israel was published in August. The reason this is even being discussed now is because of last Friday’s story that confirms that Unit 8200 not only exists, but the data passed to it from the NSA is used for the political repression of Palestinians in Israel and the Occupied Territories. Forty-three members of Unit 8200 said they had been told to spy on Palestinians for coercion purposes. Using only their rank, they signed a public letter of protest to Prime Minister Benjamin Netanyahu, the Chief of General Staff of the Israeli army, the Military Intelligence Director, and the Commander of Unit 8200 accusing the agency of targeting innocent Palestinians and collecting data for political purposes, not national security. The letter begins:

“We, veterans of Unit 8200, reserve soldiers both past and present, declare that we refuse to take part in actions against Palestinians and refuse to continue serving as tools in deepening the military control over the Occupied Territories.”

The Unit 8200 veterans describe one of the core uses of this data provided by the NSA.

“There’s no distinction between Palestinians who are, and are not, involved in violence. Information that is collected and stored harms innocent people. It is used for political persecution and to create divisions within Palestinian society by recruiting collaborators and driving parts of Palestinian society against itself.”

The group is clearly saying that much of its electronic interception work is used to support the “political persecution” of Palestinians and the occupation.

The Israeli government will very likely take quick action against these “refusniks” – the defense minister Moshe Ya’alon has already called their actions “criminal”.  But in the U.S. there is no one taking action against the NSA and its continued gathering of detailed data on U.S. citizens. For Palestinian-Americans, their personal data is not only being shared with a spy agency of a foreign government, but also used here to spy on free speech activities such as advocating for Palestinian rights.

In an interview on National Public Radio , Bradford, who used to work for the NSA, does express the appropriate outrage all Americans should have about this story.

“You have a lot of Palestinian-Americans who happen to live in the United States, and if their private communications with relatives in Israel and occupied Palestine, then that puts them at great risk, puts their relatives at great risk,” he says. “If they talk about confidential things in an email, or in a telephone call, what right does the U.S. government have to give that information to a government that’s basically hostile to them?”

Given the FBI’s history of conducting surveillance on Palestine activists like Rasmea Odeh (whose next court appearance is in Detroit October 2), the NSA is also providing information to another “government that’s basically hostile to them” – the U.S. government.