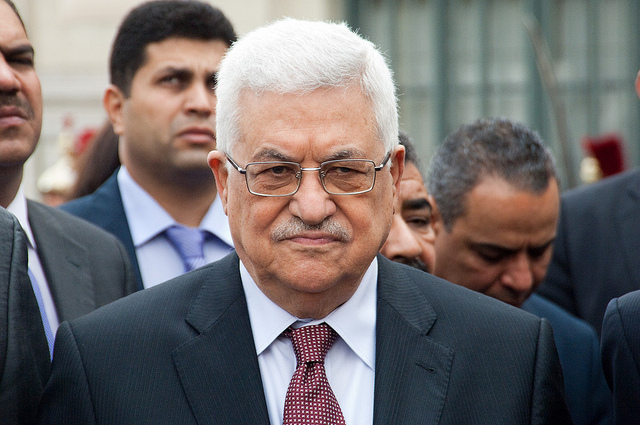 In the aftermath of the Gaza war, head of the Palestinian Authority, Mahmoud Abbas, is using a new strategy to put international pressure on Israel and to lift his government’s standing among Palestinians. The strategy involves a Security Council resolution that would demand an end to Israeli occupation within three years as well as acceding to the treaty that created the International Criminal Court.

Dr. Hanan Ashrawi, a member of the executive committee of the Palestine Liberation Organization, asserted that peace talks with Israel had been frustrating that a shift in strategy was needed and expected by the Palestinian population.

After the last round of American-brokered peace talks broke down in April and after the Israeli government seized nearly 1,000 acres in the West Bank on Sunday, Abbas has taken a more affirmative stance in the United Nations.

Peace Now, an Israeli group that opposes the construction of settlements in the West Bank, said that the action on Sunday might be the largest single appropriation of West Bank land in decades and that it could “dramatically change the reality” in the area.  Ban Ki Moon has also opposed the seizure of land stating,

“The seizure of such a large swath of land risks paving the way for further settlement activity, which — as the United Nations has reiterated on many occasions — is illegal under international law.”

The land, which is near the small Jewish settlement of Gvaot in the Etzion bloc south of Jerusalem, has now officially been declared “state land,” as opposed to land privately owned by Palestinians, clearing the way for the potential approval of Israeli building plans there.

Since Palestine won nonmember observer state status at the United Nations in late 2012, over Israeli and American opposition, its government has threatened to join the international court as a way to prosecute Israeli actions in the occupied territories.

However, if the Palestinian Authority were to join the international court, all Palestinian factions, including Hamas, will be subjected to its jurisdiction.  The prospect of the Palestinians’ joining the court has also caused deep concern in Israel and the United States because it is one of the only ways that the tribunal can bring war-crimes charges against Israelis.

The U.S. opposes this and insists that an agreement must be reached directly between the parties involved, and not through a Security Council resolution. Opposition from the United States, which wields veto power as a permanent member and is president of the council this month, is a large factor to overcome.

Are UN Peacekeeping Missions Worth the Time and Resources?