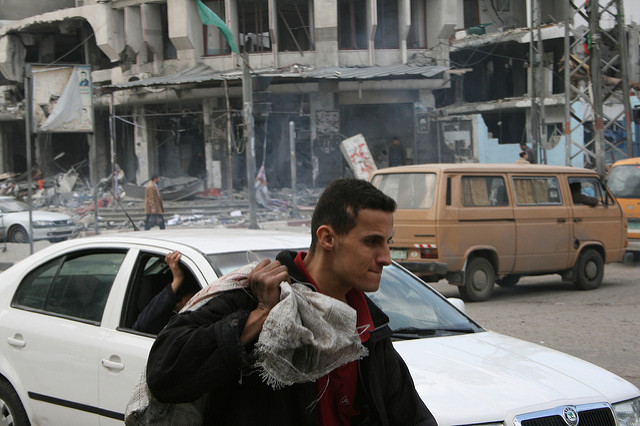 After 50 days of combat in which more than 2,100 Palestinians, 64 Israeli soldiers and five Israeli citizens killed, many analysts are arguing over who really won the war based on the treaty signed in Egypt on Tuesday.  The problem with this analysis, however, is that it does not look at the general effects of the conflict on its participants.

Some argue Hamas prevailed as many of its grievances not previously addressed by Israel are finally being focused on in this treaty.  These include the opening of more border crossings between Israel, Egypt, and Gaza to allow the easier flow of goods, the narrowing of the security buffer along the inside of the Gaza border from 300 meters to 100 meters to allow Palestinians more access to farmland, and the extension of the fishing limit off Gaza’s coast from three miles to six miles.

Other issues that were discussed but not agreed on were the release of Palestinian prisoners rounded up in the West Bank following the abduction of three Jewish seminary students in June, the construction of a sea port in Gaza, the un-freezing of funds to pay police, government workers and other administrative staff who have largely been without salaries since late last year, and the reconstruction of Yasser Arafat International Airport, which opened in 1998 but was shut down in 2000 after it was bombed by Israel.

The issue, however, lies in the fact that Israel has long rejected these demands and will probably continue to do so.  The issues that remain to ‘be discussed further’ will more than likely be rejected at future meetings.  The grievances that were addressed by the treaty will improve the conditions in Gaza, though are small in comparison to the other demands and the damage inflicted on Gaza.

One of Israel’s goals in the region is to disrupt the stability of the Palestine/ Gaza and weaken its infrastructure.  Along with the deaths of many civilians, at least 231 schools have been damaged in Gaza according to the United Nations.  This puts even greater stress on the education system in Gaza considering that approximately 80% of schools were already working double shifts- half the children would go to school during the day and the other half would go to school at night before the conflict.  The quality of education is also suffering in that there has been discussion of removing parts of the curriculum to make school easier for children.  With the emotional trauma that surrounded the summer, both students and teachers are too psychologically tired to return to school with the Post Traumatic Stress Disorder rate (PTSD) increasing more than 100%.  School, which was supposed to resume on the 24th, has been postponed with no set date.

Electricity and water supplies are other infrastructures that have been weakened by the conflict.  Israeli tank shells hit the sole power plant on July 29 which is now no longer operating.  This leads to problems in obtaining clean water as electricity is needed to pump water.  Gaza has long had issues with the availability of clean water and the damage to the local water infrastructure (which is estimated at $34 million) will only worsen the situation.

Hamas’ military has also suffered.  With 32 of its major tunnels destroyed, Hamas has lost a key source of revenue for operations. These tunnels are old and have been used primarily as a means of transportation for regular citizens.

Although Gaza has suffered in this conflict, Israel also has losses.  Israel faces billions of dollars in loss from the military operation as well as a loss on the public relations front.  Many countries, such as Brazil, have spoken out on the crisis in Gaza condemning Israel.  The loss of many countries’ opinion of Israel could have a great economic cost on the country and it may not be able to rebuild its reputation as a ‘democratic’ country.

From the perspective of the treaty, Ha’aretz’s Barak Ravid, a well-respected Israeli reporter claims that Israel did not gain anything.  Ravid said that “The Egyptian cease-fire proposal that Israel accepted on Tuesday did not deliver a single achievement [for Israel].”

“When Politics and Futbol Collide”