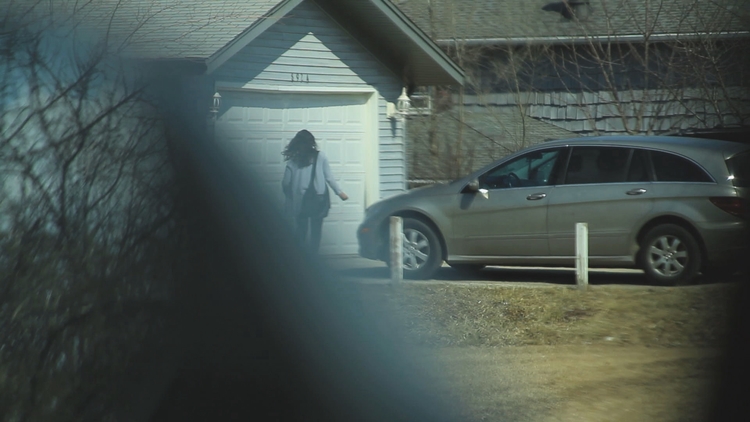 Debates have erupted across the United States about the surveillance practices of various government agencies. The privacy American citizens once took for granted is now being questioned, but for some, uncertain privacy is decades old.

In Bridgeview and Justice, Illinois, members of the Arab-American community have lived under surveillance for nearly twenty years. Assia Boundaoui grew up there. An award-¬winning freelance journalist, Boundaoui has returned with her co-director Alexe Bushe to explore the effects of long-term surveillance in a documentary called The Feeling of Being Watched.

(above) CAIR-Chicago Executive Director, Ahmed Rehab introduces the film before the screening at the Azima Center.

A short preview of the film screened last night at CAIR-Chicago’s Azima Center followed by a riveting discussion lead by Boundaoui. The documentary itself isn’t what one might expect. It lacks the sensational and often conspiratorial tone many films take when confronting government overreach. Boundaoui and Bushe paint a deeply personal landscape of a community’s life.

The Feeling of Being Watched is currently still under production but has been well received by both the Muslim and the film community. It is the first feature-length documentary film to breach the subject of government surveillance in such a way. I am truly excited to see the final film come its planned release in 2015.

To find out more or support the production of The Feeling of Being Watched visit:
beingwatched.squarespace.com

(below) Around fifty people attended the screening event on Tuesday followed by a discussion with co-director and producer Assia Boundaoui.