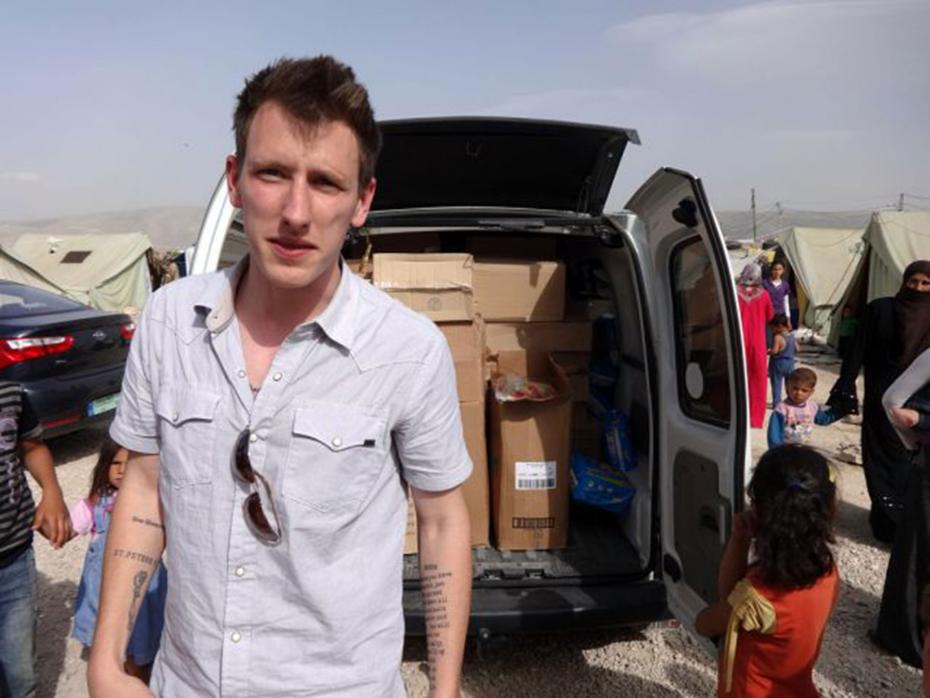 The world was repulsed yet unsurprised as the so-called Islamic State beheaded another western hostage on camera. A video released by ISIS on November 16th titled “Although the Disbelievers Dislike It” depicted the death of American Peter “Abdul Rahman” Kassig, purportedly in retaliation for American military intervention in Iraq and Syria.

It is a brutal public relations routine the world has become familiar with in the past several months – a masked British gunman berates and mocks the West for its doomed “crusade” and a western captive is presented and beheaded. ISIS has executed five westerners in this fashion since their blitzkrieg against Iraq began this summer, including American journalists James Foley and Steven Sotloff and British aid worker David Haines.

The rationale behind the online distributions of these videos is a simple yet effective show of force. With every execution, ISIS makes good on their threats to kill westerners and communicates their ruthless brutality to the world while western news media buzzes over the loss of a hero who lost his life in the line of duty to barbarians who must be stamped out. ISIS boosts its street-cred that has proven so vital to its victories and CNN has something to talk about for a few days. Everybody wins.

But for Muslim westerners, these videos (like every other publicly horrific element of ISIS) have a profound impact. It is in no small part due to ISIS’s influential and sophisticated online public relations campaign that some disaffected western Muslims find themselves swayed to sympathy for the Islamic State. Preying upon the grievances of the world’s Muslim youth, these propagandists appeal to every young Muslim’s frustrated desire to somehow help their brothers and sisters suffering under oppression while appealing to the widespread disgust toward the political superstructure which has created such suffering.

Thus when ISIS releases a video condemning the “dogs of Rome” for the killing of believers and in turn executes an arbitrary American or a Briton they opportunistically captured, ISIS draws a very binary distinction for their audience: there is Islam, there is the West and we as individuals are representative of either one or the other. This is made especially evident when ISIS members from western nations excitedly allude to their aspirations to raise the black standard over the White House and Westminster and spread the Islamic state throughout Europe and America.

The killing of Abdul Rahman Kassig is unique, however, in that it defies this typical binary that both ISIS and the media attempt to create. Throughout the War on Terror, jihadists from Al Qaeda to the Taliban have beheaded captured westerners on camera in retaliation for foreign military campaigns in Muslim countries. Yet the irony of this incident is that both the murderer and the victim were westerners – and both Muslims.

The masked man who stars in these beheading videos and narrates them with a thick English accent is suspected by intelligence agencies to be a British citizen who left to Syria to join ISIS. He berates Mr. Kassig for having fought with the American military during the Iraq War, yet conveniently fails to mention that Mr. Kassig was providing humanitarian aid to Muslims in Syria and had converted to Islam during his time there. Such information would have definitely made it more difficult to view Kassig as a crusader rather than a fellow believer.

So here we have a tale of two brothers who each left their homes in the west to try to help their fellow man in Syria. One sought to do so through televised murder, the other through humanitarian work. It was by the hand of fate that they would be brought together in front of the eyes of the world, one a criminal and one a victim.

As Muslims in the west, we are constantly confronted with televised stories of our brothers and sisters leaving to fight in Syria and Iraq. Some of these hit closer to home than others, and they often end in tragedy for families and entire communities. More often than not, they are vilified as terrorists or sociopaths. From Chicago to Minneapolis to Michigan, American Muslims are suffering great consequences as their lives take them eastward towards the fields of battle.

It is pointless to apologize for, defend, or politicize in any way the actions of our brothers and sisters who choose to go to Syria. Our communities deserve better than to be reduced to statistics and talking points. These instances have ripples which affect the whole world as the international power structure struggles to respond to the globalization of jihad.

There will be plenty of time to talk about the politics of foreign fighters. We must first do our best to mend the tears in the fabrics of our communities. This week, we have lost another one of our own, an American Muslim who gave his life providing aid for our brothers and sisters living in a war torn wasteland. I can think of nothing more noble or worthy of commemoration.

Paula and Ed Kassig, the parents of Abdul Rahman, hosted a joint Christian-Muslim funeral service for their son in Indianapolis and asked that people pray for Abdul Rahman, or “Pete”, at sunset as well as for the people of Syria and Iraq. They asked that the Kassig family be allowed the time “to mourn, cry, and yes forgive and begin to heal.”

Let the loss of Mr. Kassig’s life remind us, if anything, that no matter how you would like to twist it, there is no comforting black and white interpretation of what is happening in the Middle East or in the West. Rather than jump to pontificate on politics and religion, let us be content with mourning our losses for once. For if common sorrow is a road to understanding, than let Americans of every faith and Muslims of every nation pause to remember Mr. Kassig this week that we may have a more enlightened outlook when the time for pontification comes.

Whatever else he was, he was first and foremost a Muslim brother from Indianapolis to me. Rest in Peace, Abdul Rahman Peter Kassig. To God we belong and to Him we shall return.