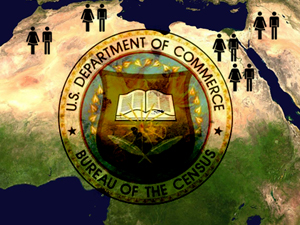 As I completed my applications for graduate school this week, I filled in the information and navigated the tedious process. Perhaps the most perplexing question on all six of my applications was my race. When people ask, I identify myself as an Arab-American; but these new-fangled online applications are not so simple. I am not white or Caucasian, although that is the answer they seek in my case. I am not Asian, according to their definitions. I do not usually have the opportunity to select “other” and enter my information.

The 2010 US Census can give us some idea about the Arab-American population in the United States. It is estimated that there are about 1.5 million Arab-Americans in the United States (it should be noted that this only includes Yemeni, Palestinian, Jordanian, Iraqi, Egyptian, Syrian, Moroccan, and Lebanese backgrounds, and not other countries in North and West Africa, and the Arabian Peninsula). Interestingly enough, this estimated figure is larger than that of Pacific Islanders in the United States, which is tallied at 1.2 million. Even more interesting is the fact that it is believed by some that these estimates are incorrect and that the number of people who identify as Arab-American is over 3.5 million. It seems clear that, on principal, it would make sense to add something like “Arab-American” to census data. The Census Bureau is, at this stage, only considering the addition of “Middle Eastern/North African” to their data collection, but they are considering it.

It is important to consider both the positive and negative consequences of gathering such information. On the one hand, self-identification is important. For many, including some in my own family, there is great hesitation with trusting the government with such information. Their claims are not unfounded; allowing government officials to track certain populations may allow them to better target these particular groups with their long-standing intelligence programs. Some might say that they target such communities with or without official demographic data; this cynicism, too, not unwarranted. It is also understandable that some Arab-Americans might simply feel more included if they are considered white rather than singled out as part of a minority grouping. While I believe that this is a primary example of a method to express our uniqueness as a part of a diverse country, I cannot impose such a feeling or belief onto all of my Arab-American counterparts.

On the other hand, there are a number of advantages to tracking this new form of data. One obvious advantage is that it recognizes Arab-Americans as a unique group, which adds to the great mixture of culture and identity in the United States. It seems logical that we must first recognize (officially) a particular group before we can begin to grow in understanding of such a group. Many activists argue that this also allows for lawmakers to have a better understanding of the demographics of their constituents which, in turn, allows them to make more informed decisions through the use of their preferences.

But perhaps the most important advantage is also in the same category as one of the aforementioned disadvantages: discrimination. In this case, however, the ability to track the demographics of Arab-Americans will be particularly useful to organizations like CAIR and ACLU. This is important because

“There is more than identity at stake. The government uses census data to help track discrimination in housing and employment, to draw congressional district boundaries and to allocate federal funds. Researchers use it to investigate racial disparities in income, education and health. And advocacy groups say accurate data is especially important at a time when Americans of Middle Eastern origin have been targets of discrimination, hate crimes and government surveillance” (FiveThirtyEight).

Consider the value that tracking such demographic data can bring to the Arab-American community. It could be particularly important in helping to stop discrimination and promoting equality and justice. We should support such a change in census collection. If approved by lawmakers, this change will take effect in the collection of the data for the 2020 census.