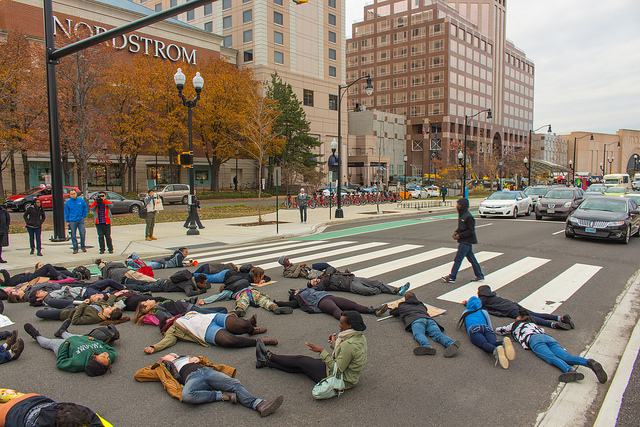 The most interesting article is sometimes the one you don’t write for one reason or another. This has been a problem for me since the first time I wrote an article critical of established authority. The school pool had burned down (don’t ask), and I was then Editor-in-Chief of our school newspaper. The girls’ swim team had been forced to wake up an extra hour early to take a bus halfway across town and back to get their morning swim. By most accounts, the administration was sitting on their hands instead of getting the repairs done in a timely manner. Something that wouldn’t have happened if, say, someone had used grass killer to write F*** (school name) across the football field, which happened and was fixed within the week. One of the upperclasswomen on the girls’ swim team had written a vitriolic, but substantial, list of questions aimed at the administration. We had every intention of publishing it, until I was called into the principal’s office and told that in no uncertain terms that it would not be published because of the “unfair scrutiny” it would put on the school. Even before the high school diplomas are handed out, we learn that power has a way of protecting itself through intimidation, coercion, and control of the narratives of powerless people, which is important when considering Darren Wilson, the power he represents, and the protection he received from St. Louis County Prosecutor Robert McCulloch. Seven years have passed since the pool burnt down. Now I get to watch the myth of a post-racial society burn down from my southern perch in the Mississippi Delta (while educating children in a fourth grade classroom and attending graduate school).

When tasked with writing this editorial, I wanted to include input from young adults in an afterschool program very near and dear to my heart. These are predominantly black students around the same age as Trayvon Martin, Michael Brown, Jordan Davis (and many with older siblings or program mentors the age of Amadou Dillao or Oscar Grant). Although there were several beautiful, productive conversations (resulting in several student research projects),  I won’t have them published because we can’t put our children in the fray which the insanity surrounding this conversation would bring. It wouldn’t be constructive for them as they are just finding their voice in this conversation. I find myself sitting in the principal’s chair, but the “unfair scrutiny” I’m preventing is overexposure of teenagers instead of angry phone calls from parents. So, here’s a different take on it backed up by the evidence.

I’ll attempt to deconstruct the air the black population of our country breathes: bitter mistrust of authority followed by a centuries-old legacy of non-protection, antagonization, and brutal modes of control. The popular narrative following the infamous announcement is that Darren Wilson was provoked into shooting Michael Brown. However, as I’d tell my fourth grade students, a close reading of that article is in order. There were narratives which conflicted the face-level ridiculous charge that Brown charged an officer while a gun was pointed at him. However, since the state power is represented by Darren Wilson – I will not give him the title “officer” here, because he has neither “protected” nor “served” the people under his charge in this case – these were not the narratives which were pushed forward by the prosecutor. As the article clearly states, the points of view which were held under strict scrutiny were those stating that he had his hands up in surrender; not those which state that he was charging Wilson. It is a fact that Brown punched Wilson and reached for his gun, however, the important part which occurred afterwards, the part where the young adult was shot six times (out of twelve total shots fired) while there’s a reasonable body of evidence that he had his hands up in surrender, is the baby that has been thrown out with the bathwater. The case for these mainstream analyses being problematic has already been made very eloquently many times. I’ll echo my acquaintance on the swim team and ask a few questions: Why was he shot so many more times than would be necessary to slow him down if he was indeed charging the officer? Surely, a trained officer of the law should have been able to fire a non-fatal shot to counter the charge. Why didn’t Wilson shoot him in the leg, or thigh, or shoulder? Why did he leave the scene if – as he’s contested – he did nothing wrong? It doesn’t help that Missouri law seems to be stacked against unarmed suspects in these situations, giving Wilson a flimsy pretext for acting justifiably. However ridiculous it might seem. Since an officer’s chief responsibility in these life-or-death situations should be to exercise restraint, I’m not buying it. I blame the police militarization and tone deafness of a “post-racial society”.

From micro to macro: it is short-sighted to presume that the outpouring of anger following this incident and the subsequent decision only relates to the death of this one man. Statistics show that young, black males are far more likely to die violent deaths at the hands of police than their white counterparts. The discrepancy is so overwhelming that it speaks for itself. The second set of statistics, coming from no less a liberal organization than the FBI, should be read with the consideration that black people make up about 15% of the population in this country, but have a raw number of murders equal to their non-black counterparts. It may be true that most murders by a wide margin are black on black, but have we become so callous as a society that we’re suddenly fine with it? We have an organization tasked with preventing murder deaths. We call them the police. This isn’t justice. This isn’t peace. It shouldn’t come as a surprise that the black community doesn’t trust the police. It shouldn’t come as a surprise that their (our) anger is rising to the surface in the form of mostly peaceful protests.

There will never be real justice in this country until we address our problems honestly, as the further outrage over the videotaped murder of Eric Gardner and at least a half dozen other publicized killings promises. From the cradle of our country’s original sin in the Delta to our fellow men and women in the far Northern Mississippi cities of East St. Louis and South Chicago, I wish you peace, prayer, and healing.