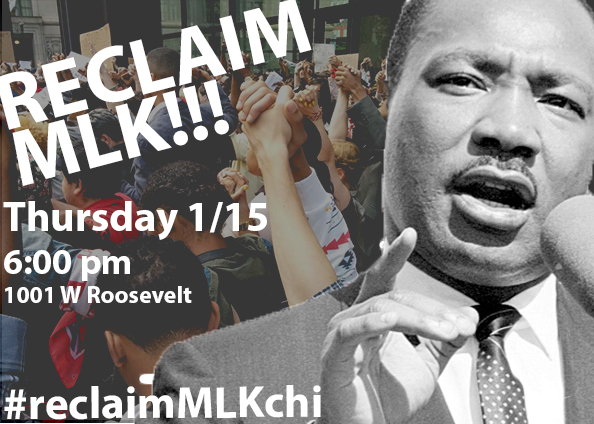 Last Tuesday, a homemade explosive was set off next door to the Colorado Springs chapter of the National Association for the Advancement of Colored People (NAACP).  The bomb was placed in front of a barber shop next door to the NAACP office. There were no injuries and only minor damage according to the police. “An improvised explosive device was detonated against the building, but it was too soon to know whether the nation’s oldest civil rights organization was the target,” FBI spokeswoman Amy Sanders said. The only reason there were no injuries is that a gasoline can placed next to the bomb failed to ignite. Even so the blast was heard throughout the neighborhood. The FBI sent members of its Joint Terrorism Task Force to help investigate. Sanders said investigators were looking for a balding white man in his 40s who may be driving a dirty pickup truck. This was not the bombing of the Sixteenth Street Baptist Church in Birmingham, Alabama, that killed four African-American girls and injured 14 others during church services in 1963. But this was the sound of a civil rights movement that is far from over.

The reaction to the Birmingham church bombing was swift. The very next day, President John F. Kennedy responded

“If these cruel and tragic events can only awaken that city and state – if they can only awaken this entire nation to a realization of the folly of racial injustice and hatred and violence, then it is not too late for all concerned to unite in steps toward peaceful progress before more lives are lost.”

Dr. Martin Luther King, Jr. held a press conference in Birmingham, saying that the U.S. Army “ought to come to Birmingham and take over this city and run it.” From history, we know the Birmingham church bombing and many more incidents like it built momentum for the civil rights movement to pressure the federal government to pass the Civil Rights Act of 1964. The film Selma dramatizes the struggle between Martin Luther King, Jr. and President Johnson over passage of the Voting Rights Act of 1965. The movie graphically depicts the 600 marchers on the Edmund Pettus Bridge in Selma being brutally attacked by Alabama state troopers. Forty-eight years later the key provisions of the Voting Rights Act those marchers fought for would be struck down by the Supreme Court in 2013. This decision freed nine states, including Alabama, to change their election laws without advance federal approval.

Today’s response to systematic racism has been to unravel hard won civil rights protections including voting rights and affirmative action. Evidence of ongoing racist violence, as in the NAACP office bombing, often goes ignored. Even perpetrators of racist profiling and selective law enforcement become the “real victims” – NYC police protest by turning their backs on Mayor de Blasio and suspend “community” policing for two weeks. The federal government acts as if the problem of racism has become too engrained, too complex for any basic solutions.

So what was the response to the attempted NAACP office bombing? There was no statement from President Obama or anyone from the White House. In fact, it took the trending of the hashtag #NAACPBombing on social media the day of the attack, for many people to find out about the event. Media outlets were criticized on Twitter for not covering the event. As Britni Danielle, contributor for takepart reported

“How behind the curve were mainstream broadcast news outlets? A search of the news database Nexis.com by PBS NewsHour found that CNN first reported the story on Wednesday morning, nearly 24 hours after the bombing. ABC’s Good Morning America included the blast in its morning roundup that same day. MSNBC mentioned the explosion twice on Wednesday night. As for Fox News Channel, it failed to mention it at all.”

This incident is in a long tradition of the media ignoring events that don’t fit with the dominant narrative, i.e. it’s “radicalized Muslims” who commit terrorist acts and must be under surveillance by the NSA, FBI, and local law enforcement. Soon the media would move on to the attack on the satirical newspaper Charlie Hebdo in Paris which would dominate the news.

But the #BlackLivesMatter movement begun in Ferguson has not moved on.

The #BlackLivesMatter movement is the continuation of the civil rights movement in the 50s and 60s that never ended. So what has been the response to this movement? Attorney General Eric Holder was sent to Ferguson and others cities to gather information and have “conversations” about “reforming policing.” President Obama proposed a three-year, $263 million spending package to increase use of body cameras, expand training for law enforcement and add more resources for police department reform. This package is now in the hands of a Republican-controlled Congress unlikely to pass it. Like President Johnson appointing the Kerner Commission to study race relations after the 1967 riots, President Obama signed an executive order to create a “Task Force on 21st Century Policing” to include law enforcement and community leaders. Obama’s choice of Philadelphia Police Commissioner Charles Ramsey as co-chair was challenged because he is seen to be a representative of “old school” policing. The Philadelphia Daily News revealed in a special report that 65 people were killed by a member of Philadelphia’s police force from 2009-2013 although violent crime was way down during the same period. Recently, the Department of Justice conducted a review of the Philadelphia Police Department and handed down recommendations for change.

A grand jury investigation of Michael Brown’s death exonerated Darrell Wilson, the white Ferguson police officer who killed him. After this decision, President Obama called for “peace among protesters and restraint among law enforcement,” but no new initiatives. The case for police body cameras as a solution was severely undermined in the videotaped killing of Eric Gardner in New York by a police officer who was also cleared by a grand jury.

For months after the death of Michael Brown, whenever there was an unjustified police killing of someone in the black community it was reported in the media. That is until the murder of two police officers in Brooklyn by Ismaaiyl Brinsley who had made threats on social media to avenge the deaths of Michael Brown and Eric Gardner. Investigators described Brinsley as an emotionally disturbed loner. After some NYC police turned their backs on Mayor de Blasio at the funerals and conducted a two-week suspension of community policing in protest, the media reporting on police shootings stopped. In another common response to civil rights issues, the police under review for abuse become the “victims” and instead of proposing new solutions, they resist any criticism or change.

What other trend from the 1960s continues to today in response to this new civil rights movement? The profiling and mass incarceration of black men. Black males aged 18 and 19 are nine times more likely to be incarcerated than their white peers. As the Southern Poverty Law Center explains

“In the past four decades, following a half century of stability, the portion of the U.S. population in prison or jail has more than quadrupled. This expansion began immediately after the civil rights movement in response to a “law and order” movement and was further propelled by the nation’s failed war on drugs.”

None of the responses from President Obama or the federal government address the core issues of racial profiling, mass incarceration, and the lack of accountability for police who kill black youth. It is always tempting to believe there are no real solutions and these are long-standing, complex problems requiring a task force of “experts.” The National Alliance Against Racist and Political Repression (NAARPR) in Chicago has been proposing solutions since the Alliance was founded in 1973. One specific solution addresses the key issue of police accountability – establish civilian control of the police. NAARPR helps organize around model legislation to establish an elected Civilian Accountability Council that “holds police officers accountable for crimes such as assault, murder, torture, and racial profiling.” As expected, resistance to this legislation and to justice for victims of Chicago police violence is strong.

The Martin Luther King holiday is coming up on January 19 and it’s time to take back the narrative. As Tavis Smiley says in his book The Death of the King focusing on the last year of King’s life.

“Ironically, his martyrdom has undermined his message. As a public figure who fearlessly challenged the status quo, he has been sanitized and oversimplified. The values for which he lived and died – justice for all, service to others, and a love that liberates, no matter the cost – are largely forgotten. He is no longer a threat, but merely an idealistic dreamer to be remembered for a handful of fanciful speeches.”

Multiple organizations are calling for #ReclaimMLK day actions across the country. Ferguson Action is encouraging #ReclaimMLK day protests from January 15th through the 19th. On January 15 in Chicago, a coalition of activists and community members, led by youth of color, responding to a national call to action by South Organizing Against Racism (SOAR) will be holding a march and rally aimed at reclaiming the radical legacy of Dr. Martin Luther King Jr. The march and rally starts at 6pm at a local school (1001 W. Roosevelt, at the corner of Morgan and Roosevelt) and ends at the Cook County Juvenile Temporary Detention Center.

The best way to honor this Martin Luther King holiday is to demonstrate that the civil rights movement has never ended and to demand an end to racial profiling, mass incarceration, and police brutality.