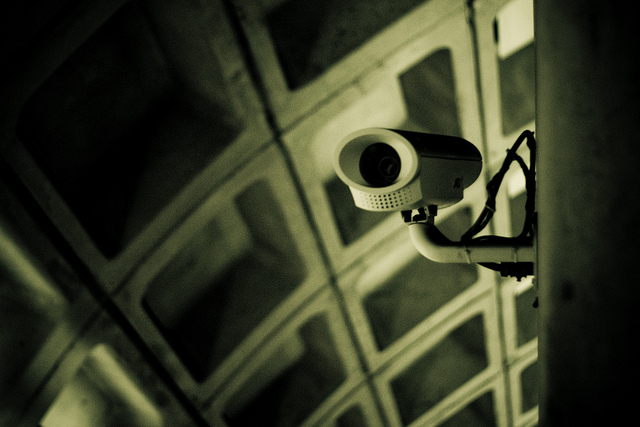 Why do citizens of a democratic society ignore state-sponsored terrorism? As U.S. citizens, we have seen numerous cases where our own state was the chief perpetrator of torture and human rights violations but have hesitated to speak out against it. Do we think our government always acts in our best interest or do we overlook these cases because we believe that the victims deserve it? Let us look at two stories that indicate U.S. involvement in human rights violations that offer no evidence as justification.

In March 2003, Aafia Siddiqui, a Pakistani national with an AB and PhD from American universities, and three of her children disappeared from Karachi, Pakistan. It was not until 2008 that the U.S .reported to have custody of her with no explanation about where she had been for five years. According to officials, Siddiqui was arrested and detained in Afghanistan on the suspicion of terrorism. They claim that during her detainment she picked up a rifle and shot at U.S. servicemen. Elaine Whitfield Sharp, Siddiqui’s lawyer, argued to CNN the implausibility of the story, saying, “The woman is a PhD. Is a woman like this really that stupid?”

Siddiqui is accused of having connections with Al-Qaeda but the claim has no supporting evidence. Her exact location however is still unclear. U.S. and Pakistani officials initially admitted to keeping her at a detention facility, while others reported her being held outside of Kabul. Arab prisoners who escaped from prison at Bagram in 2005 reported seeing a woman at the base. Abu Yahya Al-Libi told an Arab News channel about a Pakistani woman known as “Prisoner 650.” Siddiqui’s sister, Fauzia, reported her sister had been raped and tortured which was “a crime beyond anything she was accused of.” Fauzia Siddiqui continued that “she has had no access to any lawyer” and she urged officials to “presume her to be innocent before proven guilty.” The case clearly violates the legal principle of being “innocent until proven guilty.” An even uglier fact is that her three children still remain missing.

Siddiqui’s story is similar with another much earlier case in U.S. history, which also received no media attention at the time. This is the case of Alicia Partnoy.

For years, Latin-Americans have suffered the effects of terrorism sponsored by military regimes who have been indoctrinated, trained, and funded by the U.S. In Argentina, for example, citizens often were disappeared, tortured, or killed due to suspicions of “state subversion.” However suspicions do not justify the violation of human rights. The “science of torture” principles taught by FBI Agent Dan Mitrione to South American regimes in the 1960s are still behind techniques outlined in CIA interrogation manuals and supplied to Latin American regimes today.

These interrogation techniques supplied by the CIA and matching U.S. guidelines were used to torture Argentinian citizen Alicia Partnoy. Considered a communist subversive, Partnoy was kidnapped from her home by the military regime in January 1977 following the military coup after the death of President Juan Perón in 1976. Imprisoned for two and a half years, she was tortured and subjected to various experiments. In her book The Little School, she describes her experiences in detail. She was blindfolded, molested, beaten, held in solitude, starved, and forced to live under inhumane conditions.

These two cases show a common theme. Both Siddiqui and Partnoy were considered guilty without trial. Their imprisonment was justified by the argument that they were part of “insurgencies.” In 1968, “insurgents” meant communists like Alicia Partnoy. Today, insurgents now mean “radical Islamists” including people like Aafia Siddiqui. Despite the years, the parallel between the cases and tactics is evident. Torture and suppression of suspected “subversives” is done not because of reason, but because of the fear associated with the label “communist” and “Islamist.” Both Siddiqui and Partnoy had unsubstantiated charges against them. They were put through inhumane conditions and deprived of basic human rights. Partnoy was able to reveal her treatment in her book, but Siddiqui’s family and friends are the only ones that can speak for her.

Why do we hesitate to speak out against such violations of human rights? Is it lack of awareness? If so, this article calls for more research into their cases. Is it fear? If so, then I am afraid that we, too, are victims of state-sponsored terrorism. The U.S. has a track record of accusing and convicting people with little evidence: weapons of mass destruction in Iraq; the Yemeni wedding bombed by drones included Al-Qaida terrorists; the supposed Communists embedded in the U.S. government during McCarthyism.

As a country founded on free speech and human rights, we should not rely on torture and human rights violations to preserve them. Whether or not these victims were innocent or guilty of the crimes of which they were accused, the weak evidence against them should have given them the benefit of the doubt.  For Partnoy, her release, distinguished career, and the collapse of the Argentinean military regime proved her innocence. For Siddiqui, if her innocence is difficult to determine, it should at least not overshadow the innocence of her three children who are still yet to be found. We should feel compelled to stand up against state-sponsored terrorism and demand a fair trial for Aafia Siddiqui and everyone whose case has been swept under the rug. We should demand an explanation by bringing attention to these injustices our state has committed and hold our government accountable for actions which have violated human rights.