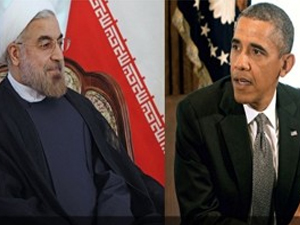 For over a year now, Iran and the international community have been negotiating regarding Iran’s nuclear program. Iran would like nuclear capacity for the pursuit of energy production and medical/research use. The U.S and the international community believe that Iran may be pursuing nuclear enrichment for the purpose of building a bomb. Meanwhile, the Republicans and Benjamin Netanyahu have been demonizing any diplomacy with Iran. Let’s detail this situation in its entirety.

Several rounds of economic sanctions have been imposed against Iran as it has enriched uranium against the dictates of the international community. However, in November 2013, a deal was struck between Iran and the international community. Iran would pare back its nuclear enrichment and the international community, including the U.S, would pare back those sanctions. This was a temporary deal in order to engage in greater diplomacy for a more comprehensive agreement. The first deadline for an agreement was in June 2014 which wasn’t met and thus was pushed back to November 2014; however, that deadline was not met either. The main contention point has been on how to lift the sanctions against Iran, whether immediately or incrementally. New deadlines have been set – March 2015 for a framework deal and then June 2015 for a permanent deal.

Negotiations have not bared much fruit since the November deadline has passed and as we get closer to the March deadline. Iran wants to be allowed to enrich its own uranium. The U.S and the international community want no such thing. How to lift sanctions and whether or not to allow Iran to enrich uranium are the points of contention. However, diplomacy should still be pushed as far as possible. The implications for the alternative are much worse.

President Obama has stated that when dealing with Iran, “all options are on the table” and this includes military action. If diplomacy fails, war with Iran is much more possible. War with Iran wouldn’t be like intervention in Afghanistan, Iraq, or even Libya. It would be drastically much more costly and much more time and resource consuming as Iran is geographically larger, as well as having a much more sophisticated army. It would further destabilize the region as another country would be consumed by chaos and violence and have significant consequences with ongoing conflicts with Al-Qaeda and ISIS. Military action would not be quick, nor would it be easy, nor would it solve anything. Using military means to take out Iran’s nuclear facilities would only push their program back by a couple months or a year. They would still have the technical intelligence to restart their program. But also, military action would only harden Iran’s resolve and would give them justification to pursue a nuclear weapon.

The Iranian political situation is very complex. Not many people know how exactly Iran works as a political system. The Islamic Republic of Iran is a theocracy, but still has a significant element of democracy. There is an elected legislative chamber, as well as an elected President. President Hassan Rouhani was elected a year ago and indicated a shift from President Ahmadinejad. Rouhani is considered a moderate in Iranian politics. Rouhani’s administration, particularly his foreign minister, are in favor of negotiating and dealing with the West. They believe that the Iranian Republic and the people will become stronger if they negotiate and have economic sanctions lifted. However, there are others who are opposed to dealing with the West. They’re known as the conservatives in Iran. They believe that any negotiations with the West is futile since the West is fundamentally distrustful. They want to keep Iran’s nuclear program moving forward in defiance of sanctions. The most important figure (who happens to be conservative), the Supreme Leader of Iran, Ayatollah Khamenei, has allowed negotiations to proceed with caution. He has given Rouhani room to negotiate and wants to see what he can do and thus, has kept the fiercest conservative opposition on hold for now. Rouhani was elected to improve the economy by negotiating with the West. The people elected him in rebuke to the conservatives. The success of nuclear negotiations will signal a successful policy move by the Rouhani administration. It’s in the best interest of the U.S. to empower the moderates, like Rouhani, as this will bring about greater dialogue and discussion with Iran.

In addition, there is the issue of Saudi Arabia when it comes to Iran. The two states have a geopolitical rivalry. One key contention is the very issue of Saudi Arabia being Sunni and Iran being Shia. The two countries have influence in many other countries. When it comes to Iran’s nuclear program, Saudi Arabia is very hesitant of the negotiations. They do not want Iran to get any sort of nuclear weapon capability as this would, according to them, upset the balance of power in the region. Saudi Arabia claims that if Iran gets a nuclear weapon, it would cause an arms race in the region and cause Saudi Arabia to also pursue nuclear capabilities. The Saudis want to keep Iran in check and want to make sure nothing is allowed to proceed that would increase Iranian influence.

Then there is the United States. Republicans are categorically opposed to any sort of nuclear negotiations with Iran. They believe Iran is a fundamental threat to Israel, the Middle East, and the United States. Democrats on the other hand, so far, support President Obama’s efforts to negotiate with Iran. The greatest proponents of a deal is the Obama White House – they are the ones who are pushing more for an agreement as it would be a significant foreign policy win for Obama, but also for the United States.

An agreement would significantly de escalate tensions and open the door for greater collaboration in the region. It would be a significant foreign policy achievement for the U.S and would usher in a new era for U.S-Iranian relations. It would open the door for greater discussions regarding Iran’s support for terrorist actors in the region, and its own human rights record. It would be an improvement for the Iranian people as their economy would bounce back with the removal of sanctions. The credit would go to Rouhani’s moderate administration, which would empower him to possibly bring even further moderation to Iran’s policies. It could bring about another Rouhani into the office, rather than emboldening the conservatives and bringing in another Ahmadinejad. We should push forward with diplomacy with Iran as this is the best method to achieve the greatest results for the longest run. Senator Feinstein said in the speech to the Senate:

So the question comes, is Iran willing to change its past behavior and abandon its pursuit of a nuclear weapon? It may well be, and it is the job of diplomacy to push for that change.

We demonstrate moral courage by using diplomatic means to bring about an agreement. The potential for an agreement is limitless. The consequences of no agreement could be disastrous. The time is now.