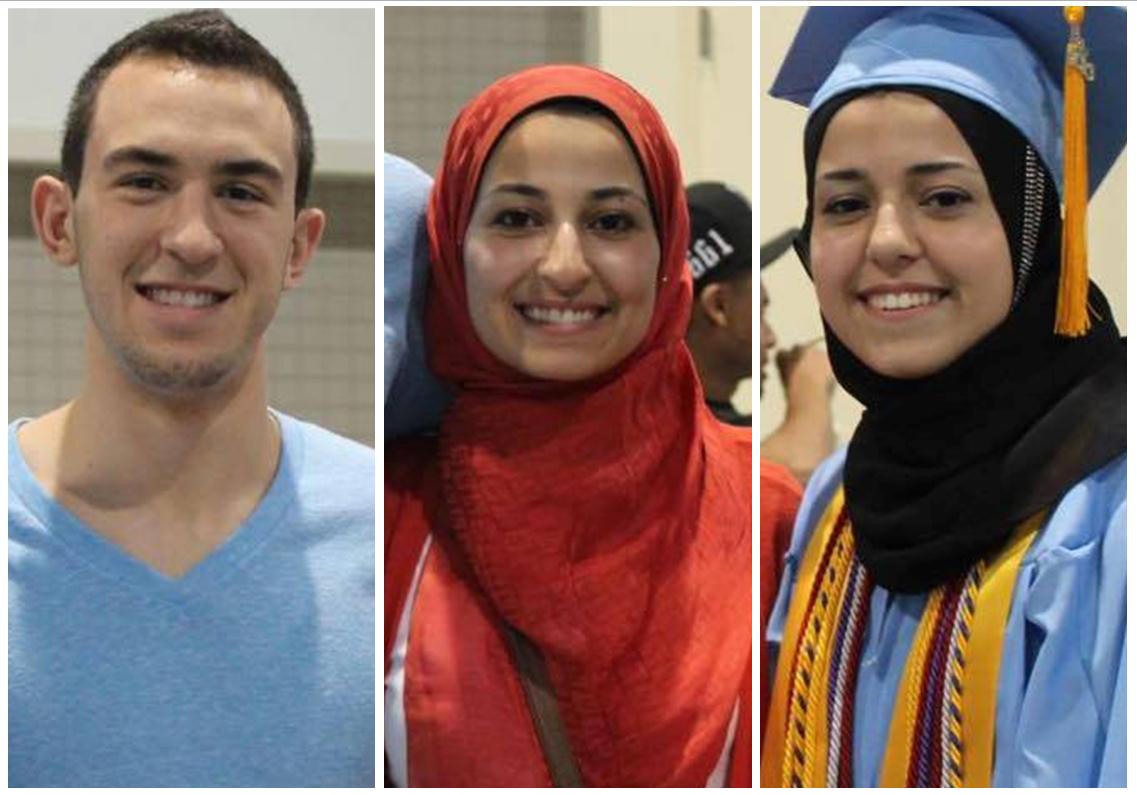 Tuesday night our nation lost three innocent lives in Chapel Hill, North Carolina. The murders of Deah Barakat, 23, Yusor Abu-Salha, 21, and Razan Abu-Salha, 19, are still under investigation and though police have yet to make an official determination it is speculated by many that the faith of the three Muslim victims contributed, at least in part, to the motive of the killer, Craig Stephen Hicks. Whether or not law enforcement deems these murders a hate crime is irrelevant to the unacceptable double standard displayed in the aftermath of this tragedy.

In my job in the communications department at the Chicago office of the Council on American Islamic Relations (CAIR-Chicago), I have witnessed the public reaction to many horrific crimes involving Muslims around the world. After the murders at the offices of Charlie Hebdo in Paris, public demand forced CAIR representatives to make media appearances and release statements explaining that the criminals that murdered the 12 staffers were not representative of Islam.

We live in an unfortunate media climate where this has become expected. Muslim leaders condemn terrorism only to be labeled apologists or spin doctors, yet still western dialog demands this ritual of condemnation each and every time some nutjob, who just so happens to be Muslim, commits a violent act.

On Tuesday night it was Muslims who were killed by a white male atheist. I am white and male and my spiritual beliefs float somewhere between atheist and agnostic. When I woke up Wednesday morning, after the Chapel Hill story broke, my phone didn’t ring. CNN didn’t call asking me to explain how not all white atheists are murderers. Richard Dawkins didn’t have to draft a press release condemning atheist extremism and no one gives me nervous glances when they try to find parking near my house.

Whether Hick’s atheism had anything to do with his motivation to kill is undetermined, and I trust that our justice system will fairly investigate all possibilities, but the relevance of his beliefs is not the benefit-of-the-doubt awarded to Islam when a Muslim commits a crime. When a Muslim commits a crime, “Muslim” is almost always in the headline. Yesterday “atheist” didn’t make the headlines. In fact, once again, it was “Muslim” that made the headlines.

We must seriously question the spotlight we, as Western culture, as a nation, and as individuals, put on Islam. The United States was conceived as a nation where religious beliefs and culture of origin were not a factor in one’s ability to participate in the public sphere. Yet from Japanese internment to racial profiling, we as a country have failed to uphold that promise. We continue to define a considerable portion of our citizenry as Muslim-American while forgetting that “American” is an equal part of that identity.