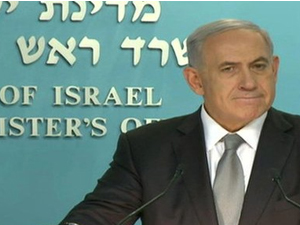 For those of you who have never paid any particular interest to his account or have never been on Twitter at all, that statement should be rather uninteresting and unsurprising.

Of course it’s in Hebrew, you would say. He’s Israeli and in Israel they speak Hebrew.

Except it is surprising. Completely shocking actually because for the past six years, since the Twitter account was created in October of 2008, the account has been managed completely in English.

So what changed?
Netanyahu’s account had been in English up until the end of 2014, but the account had been quiet for all of December 2014. The last activity was on November 25, 2014 and that had only been a retweet from the Twitter page of the Israeli Prime Minister (@IsraeliPM). This page might seem redundant, but the simple distinction is that @netanyahu is a personal account and @IsraeliPM is the office of the Prime Minister’s account. The @IsraeliPM account was created in May of 2007, so there has yet to be another prime minster besides Netanyahu to use it.

In fact, most of the @netanyahu activity nearing the end of 2014 was strictly retweeting messages from @IsraeliPM which is the English version of the account. There are also accounts for the Israeli Prime Minister in Hebrew (@IsraeliPM_heb) and Arabic (@Israelipm_ar).

The last tweet in English from @netanyahu was way back on September 1, 2014 in which he writes: 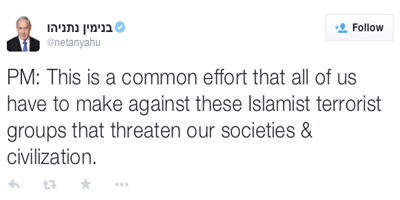 The tweet, the last of a series of five, was in response to the capture and detainment of 43 UN Peacekeepers by Syria’s al-Nursa group on August 28, 2014. The UN Peacekeepers were later released unharmed on September 11, 2014. But since that series of tweets on the 1st of September and then a series of retweets from @IsraeliPM which stopped on November 25, the @netanyahu account — now called בנימין נתניהו —  has been radio silent.

Then on January 4, 2015, without notice or warning, @netanyahu tweets in Hebrew that in a historic decision, they have found a way to lower housing prices. The tweet links to a Facebook page (also in Hebrew) with a map and statement showing that the way of lowering housing costs is to build revolutionary new housing units in the Negev. The Twitter accounts make no mention that the language has changed and give no explanation for its decision. Those who have been following Netanyahu’s account are left to either continue reading on in Hebrew if are fluent in the language or to simply leave the account and find the news elsewhere.

The most telling clue about the reason for the language switch can be found in the comments of that Facebook post. The replies in Hebrew angrily point out that the housing crisis is a problem the Prime Minister has never once considered in the previous six years but now, with just weeks before he is up for re-election, he decides to act on the problem. There is doubt that he will even accomplish what he proposes.

The lone American who writes in English because she cannot read Hebrew naively writes:

I wish I could read hebrew….I hope you all can read English because there are millions of Americans like me that believe God’s words that Israel is God’s chosen and that stand with Israel.

She does not know that while the majority of Americans have come to support Israel and any action of Prime Minister Netanyahu, there are number of Israelis who do not feel the same.

This discrepancy — between the American and the Israeli commentators — is the most revealing of the reasons behind the language switch.

For years, Netanyahu has been appealing to nations for political and moral support . The Israeli government and Netanyahu have typically directed these campaigns toward the U.S. By casting the net towards America, Netanyahu would haul in a significant number of America’s European allies as well. The first extensive marketing campaign was “Brand Israel,” which began in 2005 after consulting with American firms about how best to market Israel to the world. Netanyahu sought to gain American and European support should Israel act against Hamas, the Palestinians as a whole, or any of its stated enemies. That single Facebook post by an American on an Israeli statement that she cannot read or understand is only one example of how these marketing campaigns have succeeded with the American public.

Meanwhile Back at the Israeli Elections…

The elections in Israel are fast approaching on March 17, 2015 when Israel will elect the 20th Knesset following the dissolution of the current government headed by Netanyahu’s Likud party. Many sources keep Netanyahu as the frontrunner to lead the next coalition, but there is a sour taste on the tongue when they say this. A sense of fatigue with the Likud party and in Netanyahu’s government is widespread.

The Likud Party, though still in the lead by at least two seats according to recent polls, faces heavy opposition from the coalition “The Zionist Camp,” a merger of the Israeli Labor Party, led by Isaac Herzog, and the Hatnuah Party, led by Tzipi Livni. The alliance was formed on December 10, 2014 as an effort to topple Netanyahu’s Likud Party and take control of the 20th Knesset.  Other parties will also be part of the alliance, but Herzog and Livni, as leaders of the two parties, will take turns acting as prime minister of Israel; Herzog will serve for the first two years and Livni for the second two. The Zionist Camp has focused their campaign on internal infrastructure and domestic issues notably rising living costs, lack of housing, and programs for children and seniors. As told by their campaign website, which is in Hebrew, they will follow the values of Zionism which they claim Netanyahu ignores. 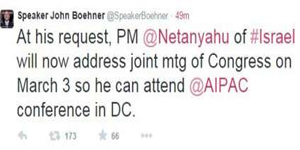 The platform also makes note of the worsening relations between the U.S. and Israel during Netanyahu’s term. Their goal is to strengthen the relationship, to further remove the political isolation surrounding Israel, and recruit the world to Israel’s side in the fight against terrorism.   Netanyahu’s relationship with the U.S., and specifically President Obama, has been a key issue over the past few weeks since Netanyahu’s acceptance of an invitation to speak to a joint session of Congress. His visit will center on the Israeli opposition to the ongoing negotiations between Iran and the U.S. over the Iranian nuclear program.

Yet the majority of the The Zionist Camp’s platform centers on internal issues relevant to domestic policy, Netanyahu’s weak suit compared to foreign policy. However, despite this deficit in domestic issues, Netanyahu may not suffer in the polls. The Israeli English-newspaper Haaretz states that “when diplomatic and security issues dominate the agenda, Netanyahu benefits, even if there’s plenty of public criticism of his handling of these issues,” referring to his upcoming March trip to Washington, DC over Iran. “As long as socioeconomic issues continue to be absent from the headlines, the Likud Party chairman and his friends can start planning his third consecutive term as premier (and fourth overall).”

Most Israelis are not impressed by Netanyahu’s recent actions. In one poll, about 45% of Israelis do not think he should address Congress and another poll states that more than 50% believe that if Netanyahu did address Congress then it would make little difference to whether Iran goes nuclear or not. A significant number even believe that the address to Congress will further aggravate the situation with Iran and nuclear enrichment. Most do not buy Likud’s “whining” that overseas organizations – possibly some American-backed – are campaigning in support of The Zionist Camp and to prevent Netanyahu’s reelection. Yet despite this and the prevalent anger against Netanyahu’s lack of agenda towards a firmer infrastructure, the Likud Party still stands to gain the majority in the next Knesset and for Netanyahu to remain Prime Minister.

In a recent commercial posted by Netanyahu’s Twitter account on January 31, 2015 and a day later posted again with English subtitles, Netanyahu appears to a couple preparing for a date night as a “Bibi-sitter,” asking the parents if they’d rather have him take care of their children or “Tzipi and Buji,” the nicknames for Tzipi Livni and Isaac Herzog. The parents looked horrified and agree than their children are best in the hands of Netanyahu.

It is commercials like these that further add to the reasoning behind the language shift on Twitter. Because his weak suit is his performance on domestic issues and social welfare, the Likud Party must speak directly to the Israeli people. By speaking in Hebrew, they have effectively made the Twitter account a private bubble, isolating it from outside viewers since very few people in the world outside of Israel speak Hebrew. In advertisements and messages such as these, Netanyahu directs his thoughts directly to Israel and not to the rest of the world.

The recent change in language on Netanyahu’s Twitter account represents a turning inward. Much of Israel’s policy has been directed towards external targets and this election reveals that internal issues may have been neglected. Netanyahu and his Likud Party must now focus on these festering problems and speak to their citizens in a language that is uniquely their own. The language change on Twitter is a political move. Now with the perception that Israel and – more importantly – Netanyahu have been ensconced in the hearts of Americans, it is time for Netanyahu to win the hearts of the Israelis. Speaking Hebrew would be a good place to start.