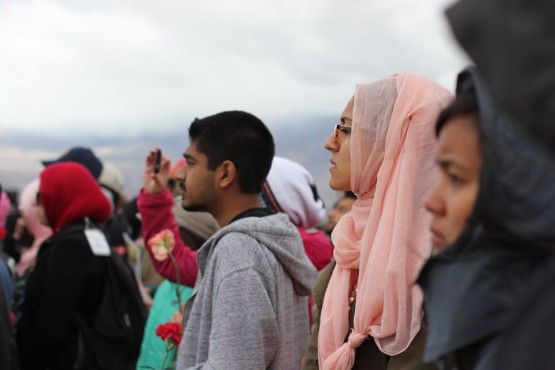 In the midst of refreshing my Twitter feed earlier this week, I came across a tweet that read “Islamic law is more flexible than many imagine, while Islamic spirituality is more strict than many imagine.” It was tweeted by Omer Mozaffar. I read and reread; I was puzzled by it. Puzzled by how true it was and how I believed the contrary for so long. It’s true that things we feel constrained by are oftentimes the most flexible. So much in fact, that sometimes we don’t know what to do with all the access and flexibility.

Deep dives on Islam versus Islam in the West versus being Muslim are recurrent in and out of the media lately. When you brush through the Muslim Millennial population in the West with a fine toothcomb, you’ll find the general populace practices a “spiritual” Islam. It is part of identity, not entirely identity. They’ve cherry-pick hadith and parts of the Qur’an to be well-balanced in their worship. It thrives on the notion that religion is personal, and there is no monolithic practice of Islam. They believe to each their own.

I can speak to that last part. Religion is deeply personal. We cannot impose our likings upon others because we feel our grasp of the deen is superior. I am not the portrait of the exemplary Muslim, but I am a Muslim. I am a conscious Muslim, a Muslim in progress if you will. Although I do recognize many properties of religion are open to interpretation, I also acknowledge there are aspects that are broadly undisputed, like our pillars of faith. I seek to improve because I believe the whole alchemy of religion is improvement, it is a journey you take with your Maker.

I came across an article on Gawker by Thanaa El-Naggar called Practicing Islam in Short Shorts. It had me puzzled much like Mozaffar’s tweet. There are some things I disagree with her on, but I admire her candor. “We love Islam” she says, “and because we love it so much we refuse to reduce it to an inflexible and fossilized way of life.” I agree, in theory, religion is not supposed to be inflexible and fossilized. But it is not supposed to be oversimplified either.

It’s kind of a paradox, the West. It doesn’t really have an archetype. It is supposed to be a place that is diverse and dynamic, where you don’t need to conform. And yet as Muslims we still lust after everything we are traditionally taught to shy away from. Hoping to find a sense of belonging, we camouflage ourselves in the dominant non-Muslim society, but aren’t comfortable casting-off our religious and cultural birthrights either. I mean, it would be like amputating an arm. We are on a constant quest to become well-integrated, which is a term in itself that remains undefined. Recently as Muslims we’ve formed a resistance against Islamaphobia, trying to show non-Muslims that we are perfectly integrated in the culture we perceive they live in.

It may be worthwhile to reference a media icon to illustrate my point.  Serial, the podcast phenomenon is something that comes to mind when I think of Muslim Millenials juggling identities; living double lives. When I first listened to Serial I thought, how convenient. The convict in this story, Adnan Syed, happens to be a male American Muslim with Pakistani heritage. I had anxiety about how his contradictory behavior was being received by the general public. People must think us Muslims are crazy. But I quickly realized that people related to him on an interpersonal level, on a common ground of adolescence. The story was compelling without being clouted under pretense of religion.

I think about Adnan’s likability, intelligence, and compassion. Despite his habits he was still cognizant of his cultural and patriarchal responsibilities. The clash of these two identities was the burden, not the identities themselves. Inherently he was a Muslim. Balancing two juxtaposed lifestyles is oftentimes how we retain equilibrium.

Behaviors and actions are not mutually exclusive. In some ways Adnan humanized Muslim Americans, and the irony is that he’s behind bars for an alleged murder. The amount of times I’ve heard, “it could have been me, it could have been any of my friends” in my network shows that his behavior was not unique. Against the rubric of normalcy, he fit the profile of many Muslim youth today.

Does that make it acceptable? I’d venture to say the volume of Adnans that exist in our world today shows the root of the problem lies in our communities. For not addressing taboos and not understanding the faith ourselves before we teach it to our children. We are lured by the temptations of nature, but aren’t guided on how to pilot ourselves, just explicitly instructed to refrain. We preach too much fear and don’t harbor enough love.

Empathy establishes interconnectedness. Writing people off for veering off the path is toxic. Moments of adversity often compel us to return to the faith ourselves. But dictating faith breeds disconnect.

Full circle back to the tweet. The following are my general takeaways. I imagine Islamic law really is flexible, and we complicate matters ourselves by misapplication. Spirituality is a load. We need to evaluate what worship means to us. Is it ease? It may not be. But understand your spirituality before you make a commitment of it.