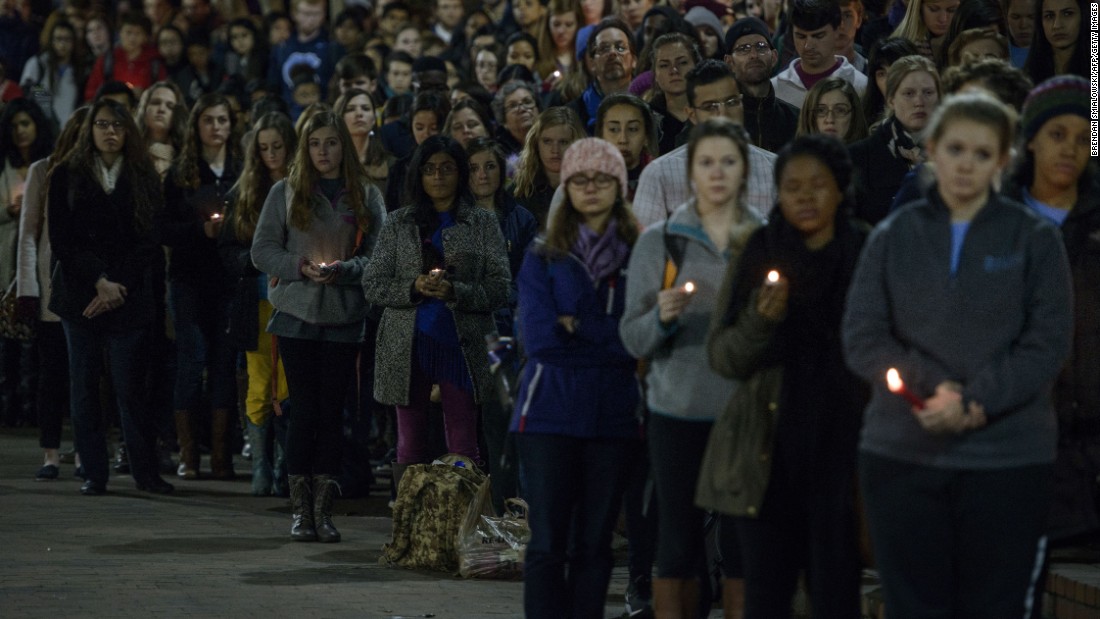 Three weeks ago in Chapel Hill, North Carolina shootings occurred resulting in the death of three college students. The shooter, 46 year old Craig Stephen Hicks, the victims, 23 year old Deah Barakat, 21 year old Yusor Abu-Salha, and 19 year old Razan Abu-Salha. In the week after this incident, it made headlines over social media and news broadcasting outlets. Many questions emerged as a result from such coverage, were these murders a result of a hate-crime, is there a projected bias within the media, and is the Muslim community galvanized over this incident? Even now it seems none of these questions have been fully answered.

To address the first question, I think it’s fair to say that the motives for the crime were left uncertain. Craig Hicks was believed to have been an atheist based on his social media posts, though that isn’t enough to assert a specific hatred towards Muslims. If such posts were composed of threatening rants or if he had some sort of social media association with extreme groups, his motives for the shootings would have been clearer. The statements of the father of one the victims that Hicks was harassing them was also not initially reported. So his targeting them for being Muslim wasn’t out of the question given the biased way this story of the murders was originally presented, which leads to the second question.

Was the mainstream media biased in reporting these killings? I think the answer here is more certain. The lack of immediate coverage, emphasis on the “parking space dispute”, and the benefit of the doubt given to Craig Hicks in early reports, all point to the media being unbalanced in their reporting. CNN reported early on how Craig Hicks’ FaceBook page “includes many posts that are critical of religion, particularly Christianity,” playing down any focus on Islam, and emphasizing in quotes from his wife as being a “champion for the rights of many individuals, for same-sex marriages, abortion, race. He just believed…everyone is equal.”   Or when the incident first happened there were no reports on it at all. Of course all that changed when the youth of the North American Muslim community took to social media and created the hashtag #ChapelHillShooting that trended all over the world the day after. Quickly the media shifted its focus to the Copenhagen attacks five days later that insured the three killings happening in our own country would disappear from the news coverage. Why should the Chapel Hill shootings be more important? Consider three facts.

First, it’s quite clear that the media rushed to report a foreign attack and label it “Islamic terrorism,” while giving a blind eye to the Chapel Hill shootings when Muslim communities all over the country demanded coverage. Secondly, the media isn’t describing Craig Hicks as a terrorist even though his posts would arguably point to his being a radical extremist. Compare his posts to those of the Tsarnaev brothers on their social media accounts, which immediately led to them being categorized as “jihadists.” I’m not saying either is convincing evidence, but the media is quick to consider the one to be a result of radicalism but not the other. Because of this unbalanced reporting, Muslims often feel the need to push stories like the Chapel Hill  shootings into the public awareness to prevent attacks and killings like this from happening—which leads to the third question.

It’s been over two weeks since the shootings and the shootings have already disappeared from the media. Are many Muslims still frustrated over this situation? Yes, they are and have a right to be so. If the media seems to focus on portraying Muslims as extremists and demonizing Islamic religious commitment, then Muslims need to do whatever it takes to reverse the maliciousness of this narrative. This means demanding the mainstream media not only publicize such incidents, but also do in-depth follow-up on these stories. If the media reported cases of Islamophobia like they do all forms of extremism and bigotry, then Muslims wouldn’t have to take it upon themselves to speak out on such events. Rather than Muslims being demanded to apologize for every act of extremists, the media should not be surprised when Muslims demand adequate coverage of extreme acts of Islamophobia and attacks on members of their community.

The media has proved to not report accurately and objectively. For that reason people can’t rely on them giving each story and case its fair weight. It’s reasons like this that we as a people need to be completely skeptical of the reporting of events like the Chapel Hill Shootings. The media often doesn’t provide the context, history, implications, and the real motives of those involved so we need to demand it of them.