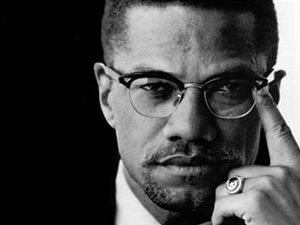 A day “to commemorate the 90th birthday of Malcolm X, a singular human rights activist and one of the most influential African American leaders in history” is being proposed to the Illinois State legislature by the Council of Islamic Organizations of Greater Chicago (CIOGC). Malcolm X’s birthday on May 19 would be commemorated as a day of service in keeping with the values that Malcolm X represented in his life. Although initiated by the CIOGC, the resolution sees Malcolm X as not only “a Muslim minister,” but also as a “public speaker, and human rights activist…a courageous advocate for the rights of African Americans in the face of institutionalized racism and an organizer of the African American community…to stand up to inequality and injustice.”

The focus of Malcolm X Day will be for all citizens in Illinois to honor the human rights values that he embodied. The CIOGC has a team working on a resolution to be proposed to the state legislature in early May. Currently Illinois State Senator Jackie Collins of the 16th Senate District is the bill’s sponsor. Other sponsors are being recruited.

The genesis of a Malcolm X Day grew out of a CIOGC-sponsored event called “Malcolm X: The Voice That Lives Within Us” that was held at the end of March. This event was done as part of Black History Month with the goal of educating the larger Muslim community about the fact that African Americans are the largest set of Muslims in the U.S. as well as tell the full story of Malcolm X’s life. As Reem Hobeldin, Program Coordinator for the CIOGC explained:

We can’t assume that everyone knows the history of Malcolm X and the Islamic and universal principles of equality and social justice he stood for in the later part of his life. He was someone who fought for human rights and gave a voice to the voiceless. The American Muslim population, especially the youth, lack historical American Muslim figures they can look up to. Malcolm X provides an example of someone who grew in his ideas throughout his life and upon coming back from his second hajj brought with him a universal message of human rights for all.

Muhammed Al-Ahari, a teacher at the Islamic Foundation School in Villa Park, brought up the concept of a Malcolm X Day in the discussion at the event. He had been doing a week of classes for Black History Month with a focus on this year’s 50th anniversary of the assassination of Malcolm X. He saw how his own students had responded positively to Malcolm X’s example of leadership and service to the community. There was a great level of excitement of everyone at this gathering for taking action and proposing the commemoration day.

After the event and requests from multiple members, CIOGC leadership took up the idea and it was decided to add it to their Illinois legislative agenda for this term. Dr. Bambade Shakoor-Abdullah, a CIOGC Board Member who had also been on the Muslim Advisory Council for former Governor Quinn, was instrumental in supporting this resolution. As a psychotherapist, teacher, college professor, community activist and artist who has been developing programs for youth in Chicago and its surrounding suburbs for over 30 years, her experience with violence prevention and youth development has been a key asset to promoting this resolution. A sponsor in Illinois State Senator Jackie Collins of the 16th Senate District was found and a draft resolution is currently being completed that will be proposed to the Senate within the two weeks before May 19.

The wording of the resolution is intended to appeal to all citizens of Illinois that support social justice and human rights for all people. It encourages everyone to pay tribute to the life and works of Malcolm X through participation in community service projects on this day. The organization pushing for this resolution, the CIOGC, is a unifying body across multiple Muslim organizations in the Chicagoland area and those working on the draft resolution have representatives from the African American, Arab, South Asian, and Eastern European communities among others. As Reem Hobeldin emphasized,

As Muslims we must embrace our diversity as a community and understand our roles within American society whether you are indigenous or have come here as an immigrant. Islam calls upon Muslims to embrace and unite with people from all walks of life.

The next steps on the resolution are to complete the draft and make it part of the CIOGC legislative agenda for Illinois Muslim Action Day in Springfield on April 29. The CIOGC encourages all members of the Muslim community to get involved in this day in Springfield. Additional information is available here.

There will likely be opposition in the legislature to this resolution given that Malcolm X is not universally supported for his leadership in fighting racism and supporting social justice. The Chicago Monitor will keep its readers up-to-date on the status of the resolution and will alert the general public when they can call their state senators to support the passage of this resolution.