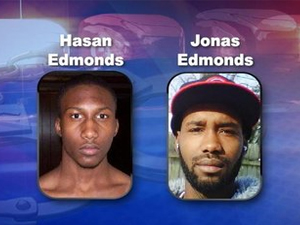 On March 26, two men from Aurora, Illinois were charged with conspiring to join ISIS and attack a Joliet military facility. Hasan Edmonds was arrested at Chicago’s Midway International Airport as he was about to board a plane to Cairo. An undercover FBI agent sent Hasan a friend request on Facebook over a year ago and the two started exchanging messages. Hasan expressed plans of wanting to help ISIS with his cousin Jonas. Little did he know that U.S. law enforcement were awaiting him at the airport.  On April 3, a federal grand jury indicted them on charges of conspiring with a terrorist organization.

Multiple dimensions of this story are atypical. First, the two men are African American, which is unusual for a story of Muslim Americans wanting to join ISIS or being arrested on terrorist charges. From all of the news stories, there is no indication that their families were immigrants, attended any mosque regularly, or had any history of radical Islamic thought or anti-American feelings. In other words, there is nothing about these two men that fits a news media profile of the “Islamic terrorist”.

Since they do not fit the typical FBI profile for Muslims under surveillance, this raises the question of how the FBI found out about them. Both Hasan and Jonas are U.S. citizens and graduates of West Aurora High School.  To add, Hasan was an active national guardsman. Where, then, did these seemingly assimilated Americans get their radical ideas from? The majority of news reports on suspected terrorists typically explore the suspects’ background and then discuss a mosque where they were radicalized or the “online radical imam” who influenced and motivated them. In this case, reviewing the news reports, there is little discussion of their background—there is no speculation at all about how they might have become radicalized, and nothing about how they came to be suspected by the FBI one year ago.

In one report, an aunt is interviewed saying that the two cousins “converted from Christianity to Islam about 10 years ago, following several other family members.” Even then, what Muslim community they might have been involved with in Aurora is not mentioned. This story does not fit any scenarios the news media usually posits to describe Muslim Americans suspected of terrorist offenses. It is hard to resist the thought that these cousins are African American Muslim square pegs being pushed into a Muslim terrorist square hole. Neither the FBI nor the media appear interested in their background and what could have motivated two African American Muslims from Aurora to want to join ISIS.

It is important to understand that there is concern that the Muslim community does not do enough to integrate African American Muslims into its fold of “one Ummah(community)”—in essence, “we are all brothers and sisters” ideal shared repeatedly in the mosque, community centers, and other spaces to convey this unique concept of faith unity. In the early 1960s, many African Americans joined the Nation of Islam, which is a religious movement intended to improve the spiritual, mental, and social condition of the self. It stressed the importance of equality and unity in Islam, and this gained a lot of support from the black community because segregation in the U.S. was still prevalent.  After 9/11, however, black Muslims began to feel marginalized, to the point that this apparent intra-religious schism has been referred to as the “immigrant versus indigenous” dynamic. Likewise, the African American community has accused immigrant Muslims of not doing enough to stand up for justice and for not modeling Islam in the proper way in America. I have personally witnessed this lack of concern amongst immigrant Muslims, where they fail to address the black community’s concerns and struggles. If the issue is raised, however, many Muslims dismiss the idea of racism existing in their community. This kind of segregation, exacerbated by America’s unequal treatment of African Americans generally, may be a factor in encouraging these men to begin plotting their attack on the National Guard Armory. Whatever the reason the FBI targeted them to begin with, their involvement could be seen as the final push down this road of joining ISIS.

On top of dealing with marginalization, after September 11 Muslims as a whole have been dealing with hate crimes and general public hostility. Suspicion of Arabs and Muslims as being potential threats increased greatly after 9/11, as well as the intense focus of the news media on the threat of ISIS. Small listening devices have popped up in mosques; a large number of Muslims have reported their phones are being wiretapped; and now profiling is becoming all too common. Nevertheless, 42% of Americans admitted that they support this profiling of Muslim Americans.

When FOX News host, Brian Kilmeade, suggested that “we should be able to put in listening devices in [mosques],” he wasn’t coming up with a new idea: the New York Police Department has in the past approved police spying on Muslims in mosques, as well as recording sermons without any evidence of a potential threat. Likewise, the FBI has been accused of entrapping Muslims and arresting them right before they carry out their violent acts. In 2009 four men were arrested for plotting to shoot down military airplanes and blow up two synagogues. It was later revealed that this plan was created by the FBI and the bombs were inert.

Muslims are justified in feeling that their rights are being violated. When a Muslim American knows he/she can potentially be targeted because of a faith he/she chooses to follow, that can take a daily toll on them. Not to mention the constant paranoia that comes with Islam being labeled as a “religion of terror” all over the media. This is especially the case for easily-identifiable Muslims like women who wear the hijab or men whose names are “Muhammad”, “Jihad”, or “Osama”.

Just like the Aurora case, situations like these cause major concern for the Muslim American community. Because of these news stories, ordinary Muslims have to carry the burden. Out of  approximately 6-8 million Muslims  living in the US, less than 1% is likely to be radicalized However, so many Muslims are being spied on by the FBI and other law enforcement agencies. The CIA, NSA and FBI have spied on Muslim civil rights activists, lawyers, political candidates, academics, and just ordinary citizens. For this reason, it’s not surprising that the FBI were tracking the two men from Aurora even though they did not fit the typical terrorist profile. Perhaps the only profile they needed to fit was that they were young Muslim males.

This is not just a U.S. phenomenon. In Europe, Muslims have been the target of hate crimes to an even greater extent. After the Charlie Hebdo attack, 128 anti-Muslim incidents were reported in France. Likewise, there were several incidents of Muslims living in the United Kingdom that wanted to join ISIS. Muslims in the UK have been targeted far more frequently than in the US. The UK minister responsible for counterterrorism, Hazel Blears, has said that “Muslims will have to accept as a ‘reality’ that they will be stopped and searched by the police more often than the rest of the public.” She’s not even trying to conceal it. Muslims have to accept that because a tiny percentage of deranged madmen have inflicted violence in the name of their religion, they will now all be targeted and they “have to accept it as a reality”.

Amidst  this growing suspicion of Muslims and racism faced by African Americans, it is easy to see that African American Muslims face double the stress. But it is also true that Americans who say they know Muslims on a personal level have a considerably higher favorable attitude towards Muslims. Thus, Muslim Americans should work toward not only being more accepting of African Americans in their community, but also expanding their social network to the broad range of non-Muslims in America.