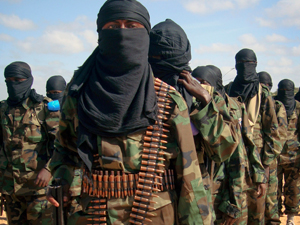 The East African country of Somalia has struggled without a formal government for over twenty years. The result of an illegitimate government in the country has allowed extremist groups to take over large portions of Somalia and to threaten Kenya. Harakat al-Shabaab al-Mujahedeen commonly known as Al-Shabaab is the terrorist group controlling a majority of rural Somalia.  In 2012, al-Shabaab was formally recognized by al-Qaeda as allies.  They are estimated to have 7,000 to 9,000 combatants who are led by Ahmed Umar also known as Abu Ubaidah. Umar gained the leadership position in 2014 after former leader Ahmed Abdi Godane was killed in a U.S led air strike in Somalia. 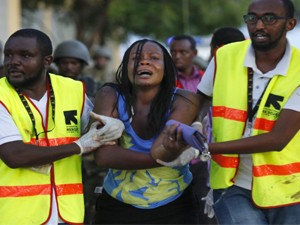 Earlier this year, the Garissa University College attack, which was carried out by al-Shabaab in Garissa, Kenya, killed 147 people and injured over 79. The gunmen held the university students hostage and killed those who identified themselves as anything other than Muslim. This attack proves one of the group’s objectives, which is to cause choas in neighboring countries in attempts to spread their severe version of Sharia law. With decreasing popularity, international reports show that al-Shabaab has resorted to kidnapping young boys and turning them into soldiers.

The attacks on neighboring countries has crippled foreign relations with Somalia and caused severe economic hardships. The 2013 Westgate shopping mall attack in Nairobi killed over 67 people and injured over 175 people. This mass shooting halted Kenya’s tourism and transportation system. These attacks as well as any future threats caused the United Kingdom and Australia to extend travel warnings to Kenya. These actions provoked Kenyan President Uhuru Kenyatta to speak out.Kenyatta accused the foreign leaders of inaccurate information about Kenya’s security.

Apart from resource exploitation in rural Somalia, al-Shabaab has found ways to generate profit in bordering countries. With several thousand members, the organization has struggled with their funding after being kicked out of Somalia’s capital city of Mogadishu. Al-Shabaab’s major funding comes from the illegal trade of sugar and charcoal between the Somalia-Kenya borders. Road blocking at the port of Kismayo in southern Somalia, has created profits of $38 to $58 million per year which, was made public by the Daily Nation. The protection of this port is crucial as businessmen from 86 different companies in both countries are threatened by the presence of the merciless militants. As reported by the United Nations Environmental Programme, the lack of security in this area by Kenya and Somalia only increases profits needed by al-Shabaab for future terror plots against innocent civilians. In 2012 the Kenyan Defense Forces (KDF) declared their control over the port, however, al-Shabaab roadblocks are still making profit. Traders must travel through five checkpoints, three of which are controlled by al-Shabaab and only two by the KDF.

Somalia’s economic situation is under great turmoil as the Federal Government was only established in 2012. According to The International Fund for Agricultural Development (IFAD), a specialized agency of the United Nations, Somalia has a population of 10.4 million people, 40% lives in extreme poverty. The Somali government has not been able to adequately provide for its people especially with the hovering threat of al-Shabaab. However, international support is motivating the government to continue efforts to rebuild the country whose people cannot afford to be ungoverned again.

Secretary of State John Kerry visited Mogadishu on May 5, 2015 where he met with Somalia’s President Hassan Sheik Mohamud as well as Prime Minister Omar Abdirashid Ali Sharmarke. Secretary Kerry remained at the airport as he met with the two leaders, which made it the first time in over 20 years that the United States sent a top official. Kerry indicated the possible construction of another U.S. Embassy as the last one was closed in 1991 before the infamous Mogadishu Battle of 1993.

As for now, Somalia and its bordering countries are fighting to protect their people and resources. The threat of al-Shabaab has decreased a great deal as their presence remains in rural areas. However, investing in building stronger national security will not only protect the people but also allow them to focus on strengthening their economies as developing nations.