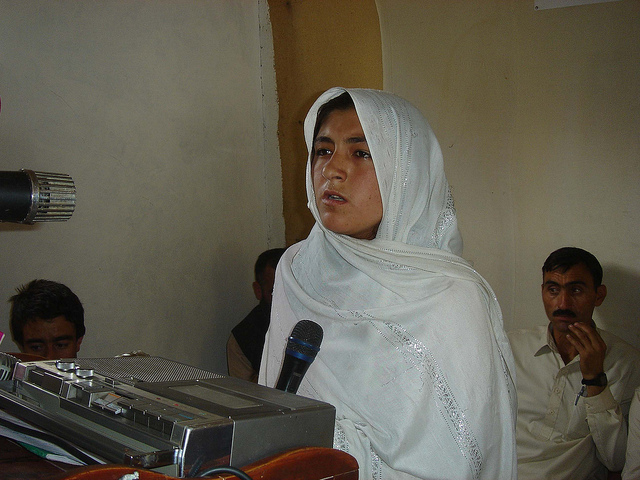 For as long as I can recall, I have consistently expressed my thoughts and opinions as if it is second nature to me. It’s healthy to have discussions with others who have differing ideas and values, and personally, it helps me keep an open mind no matter where I go. Of course, there’s a certain art to voicing your thoughts: how to say it, when to say it, and which words to use in order to get the point across. I pride myself in being able to give a clear and concise argument when need be, but recently I’ve found myself to be stripped of the very thing I cherish – freedom of expression.

As a young American Muslim, I am faced with the undesirable task of constantly being on the defense. I feel constricted when there are discussions about the worsening treatment of Muslims in America and abroad. If I express dissatisfaction, I have to provide exact and precise reasons why I feel the way I do since being upset is not enough. It would make me appear illogical and my reasons would be dismissed. I can’t say I’m frustrated by the treatment of the Rohingya people, since to some they deserve any degree of punishment simply because they’re Muslim. Even after presenting facts and being rational as possible, I can’t say something is simply unfair because I would have to provide several other facts to prove why I find it unfair.

Pointing out injustice isn’t enough. Being human isn’t enough. My feelings aren’t enough, as it would put me in the category of “Angry Muslim”.

An “Angry Muslim” is an extremist, a radical who won’t bend their archaic values to Western ways. If I say something, then I automatically speak for every Muslim, angry or not. I have to put up a façade of being calm and not being an “other”.

Yet I am an “other”. I am a minority whose feelings are no longer my own, who constantly has to guard myself. The way I think is not indicative of how every Muslim in the world thinks and behaves. However, others and I have the privilege of being forced to represent 1.6 billion Muslims with various backgrounds and values. I don’t speak for them but I am told I do. So yes, I am angry my free speech is limited.

I’m angry knowing because of the way I or anyone else looks, or how we identify ourselves, means we can’t enjoy the same freedoms as all of America. I’m angry that wanting to help those in Palestine means I’m anti-Semitic, not a human being who sees a group of people being persecuted. I’m angry all Muslim women are considered to be oppressed, when in fact their oppression is revealing of which country they live in, not the religion. I’m angry all Muslims are painted with the same brush every single time and seen as the enemy in every corner of the globe.