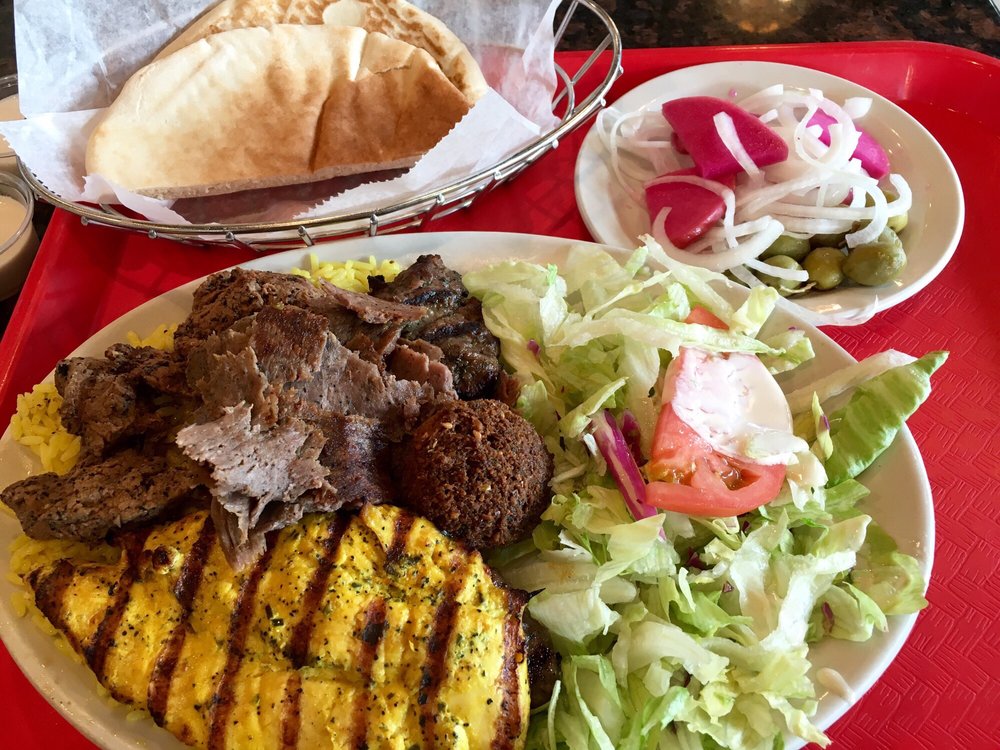 Falah Tabahi, the restaurant’s founder and head, says he owes it all to his customers. “Without the customer we couldn’t be in the village of Skokie,” he said. 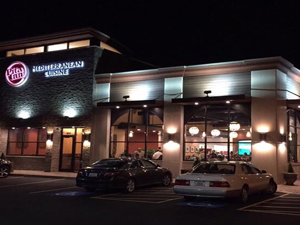 Tabahi, his family and the Skokie Chamber of Commerce were in attendance for a ceremonial ribbon-cutting June 2. The restaurant was filled with about 400 community members, friends of the family, and business associates. They celebrated with a feast of Pita Inn menu items, including falafel, hummus and baba ganoush, kabobs and chicken tenders. baklava and kinafa desserts were also served.

Construction on the restaurant began in April 2014. Although there were plans to open a couple months ago, all loose ends were finally tied and the restaurant was ready to open by the end of May.

The restaurant is different from its original location in that there is more parking and customer seating. The original restaurant fit only 85 people, and the new restaurant seats up to 250. The new location also has plenty of parking spaces—a concern voiced by customers over the years. 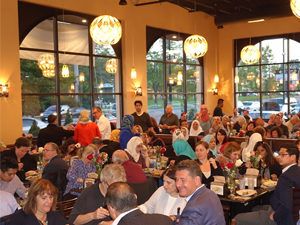 Still, the restaurant will serve its famous business lunch special as it has since 1982, complete with rice, kabobs, chicken tenders and a falafel for $5.95 during week. It’ll also play Arabic music in the background and treat customers with the food and service it has for three decades. The restaurant’s phone number, 847-677-0211, will remain the same.

Customers include Skokie Chamber of Commerce members, who say they’re proud of having Pita Inn in the community. Howard Meyer, Executive Director, says he’s proud of Pita Inn’s success. “Falah is not only a member of the community, but a friend,” he said.

Pita Inn’s fan base, which includes out-of-town Chicago visitors, has also encouraged Tabahi to open a fifth location. “We bought the land and will open in Naperville,” he said.

For now, Pita Inn’s Skokie bakery and food mart will remain in their original locations—adjacent to the old restaurant front.  Tabahi opened the bakery 14 years ago, and bakers use his recipes to make the restaurant’s pita bread and meat and spinach pies sold at the store.

Even as grand opening festivities took place at the new location, customers were flocking to the old location, which had a banner indicating a move the next day. That didn’t deter cars from overcrowding for parking, or workers from slicing sharwarma for the spinner; they would simply be transplanted further down the street the next day.

Pita Inn, the Chicagoland staple, is surely finding itself in the hearts—and mouths—of people across the area.