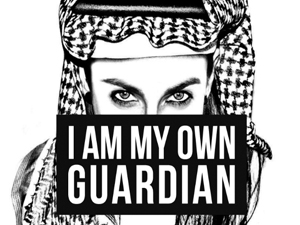 It has been said that to judge someone, you have to walk a mile in her shoes. The situation for women in Saudi Arabia is no different. Women’s rights in the country have been a topic that’s been discussed in the national and international arena. The core issue that causes the majority of women’s rights violations is the guardianship system that affects both women’s personal and professional life.

In Saudi Arabia, gender-related laws are derived from a very conservative interpretation of Sharia Law. Sharia Law is based on the Qur’an and the Hadith (teachings of Prophet Muhammad). Sharia is interpreted according to the Wahhabi method of strictly interpreting the Quran and Hadith. According Wahhabis, men are superior to women and must provide for them in all ways. From this perspective, the male guardianship system is viewed as a key part of Sharia Law.

According to the World Economics Forum’s annual report on gender equality, Saudi Arabia is ranked 130 out of 142 countries.  Saudi women are treated like legal minors. Every Saudi woman must have a male guardian, usually her father or husband, who is responsible to make crucial decisions on her behalf.  Regardless of the woman’s age, social, or economic position, she is influenced by the guardianship policy. Although this discriminatory practice is evident in the rules regarding women rights, it does not have a legal basis. In Saudi Arabia, laws only become laws when they are issued as a royal decree. There has not been an official royal degree enforcing the legal guardianship system.

The restrictions in women’s movement can be witnessed on a daily basis. Women cannot travel internationally without her male guardian’s permission. The guardian can provide online permission to the woman to travel or not. Using his account at the Ministry of the Interior, he can also track when she left the country and when she returns. In addition, the guardianship system limits women’s ability to access health care. Some hospitals refrain from giving medical assistance to women who are not accompanied by their male guardian. Although there is not a regulation or law from the Ministry of Health that allows this, it still occurs in hospitals around the nation.

Social welfare is another area where women face difficulty gaining full benefits due to the guardianship system. To elaborate, if a married man walked out on his wife, she is still considered married until he decides to divorce her. She cannot seek financial assistance for her or for her children from the government’s social welfare department simply because she is considered to be legally married and not divorced.

As for limiting women’s ability to develop professionally, guardianship policies have taken different forms. First, women are unable to enroll in an educational institution without their guardian’s written approval. There are a number of girls who are not able to receive elementary education mainly because their father either does not live with them or arbitrarily stops them from going to school. Second, although legally women are allowed to accept jobs without their guardian’s approval, some institutions still require approval from a male family member to get a job. Lastly, for jobs that require traveling, women whose guardian prevents them from traveling cannot get that kind of job. As a result, Saudi women do not have equal chance for employment and advancement because they cannot receive the education they want or get the job they want unless they have the consent from their male guardian. As a result Saudi women are underrepresented at all levels in the workforce.

In 2011, there were a number of women’s rights advocates promoting the idea that women should disregard the ban on driving a car and take videos to document their defiance. Their videos went viral. However, their effort to lift the ban on driving did not succeed. Two of the women were arrested, referred to the anti-terrorism court, and were only just released in February. Although, some might argue that Saudi society is not ready to free women from so-called religious and social limitations, the need for change is more than apparent.

In March of 2014, a petition signed by 25 female Saudi activists was delivered to the Saudi Shura Council, an advisory body to the monarchy, calling for the end of “absolute male guardianship” of women and demanding “serious measures to protect women’s rights and stop domestic violence.” One of the activists, Elham Manea, prediction of the petition having little to no impact without a change in the system has proven to be true.

A serious reform of the gender situation in Saudi Arabia entails no less than a change in the power equation within the Saudi political system…Change the dependence of the Saudi dynasty on the Wahhabi religious establishment and the Najd region, and you may as well change the face of the kingdom itself. But as long as its legitimacy is grounded on the two, there will always be limits to the reforms possible in the kingdom.

There continue to be efforts by Saudi women to challenge the system in many different ways. A Saudi artist named Saffaa has used her art as a method of resistance and stresses the importance of change coming from within the country.

Change, I believe, should come from within. It must be guided and driven by the country’s artists, poets, writers, performers, intellectuals, and by the women and men who live and understand those daily struggles. Change will only take place by transforming collective social consciousness…I Am My Own Guardian is a personal response to institutionalized patriarchy. My work represents the untold struggles of my Saudi sisters who suffer under this system. I am hopeful and optimistic that my work will provoke radical social transformation and open the door for new possibilities.

In a recent attempt of the Saudi government to improve the situation of women, a royal degree was issued to allow women to request a change of guardian. Women would have to prove that their guardian was not being just in preventing them from traveling. Instead of making a woman her own guardian, now a judge will be her guardian. Those who request the change must have a valid reason behind their need to travel. What is considered to be a “valid reason” is up to the Passport General Department’s discretion. Unfortunately, this is not a step towards women’s rights advancement as it shifts the power from one man’s hand to another’s still leaving the women of Saudi Arabia being treated like minors.

There are some recent reports of a larger number of Saudi women joining the workforce, but in some cases it is a result of “Saudization” – i.e. replacing foreign workers with Saudi nationals – and not from a sincere effort to allow women to be able to work in greater numbers. Unemployment among Saudi women remains five times higher than for men. Just as there will continue to be enforcement of the guardianship system in Saudi Arabia so also will there be continued pressure by Saudi women to reform and finally end that same system.