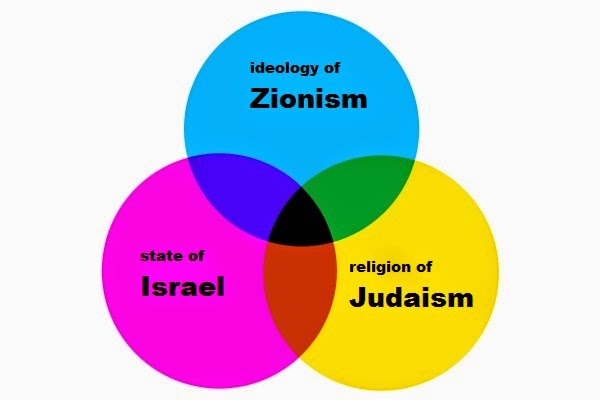 The full-page ad that I saw in The New York Times the other day was just one more reminder that we need to keep hammering away at the differences and intersections between the state of Israel; the ideology of Zionism; and the religion of Judaism. In reporting on recent votes by Lutheran synods on U.S. financial aid to the state of Israel, I said: Members of Protestant denominations are deeply concerned about what our Jewish brothers and sisters think. We are learning that “Jewish” is not equivalent to “pro-Israel.”

I noted that “our Jewish brothers and sisters” includes Jewish Voice for Peace, an organization including “~200,000 online activists, Rabbis, academics, cultural workers, over 60 member led chapters across the country and an Advisory Board comprised of numerous prominent Jewish thinkers and artists”, that has said, “U.S. military aid to Israel must be suspended until the occupation ends, since the occupation itself is in violation of [the U.S.’s own] guidelines. . . .”

Now comes the full-page ad from Michael Steinhardt in The New York Times on Saturday, June 27, 2015. I think this is a great way for people to study the way in which some Jews claim to speak for all Jews, when in fact they only speak for a rapidly dwindling population of Jews who unconditionally support the actions of the Israeli state. For instance, Steinhardt volunteers “the Jews” as the constituency that US Ambassador to the UN Samantha Power expressed concern about: “At an event held at UC-Berkeley, you seemed to suggest that America may need to force a resolution of the Israeli-Palestinian conflict at the expense of  ‘a domestic constituency of tremendous political and financial import [i.e. the Jews].” (Note: this section of the print ad is not reproduced on the website of worldvalues.us.)  Wouldn’t it have been far more accurate for Steinhardt to volunteer the suggestion “i.e. Jews who unconditionally support the actions of the Israeli state”? or even “i.e. people who unconditionally support the actions of the Israeli state, including Jews who do so?”

In the second paragraph of the print ad (also omitted from the online version), Steinhardt poses as someone who speaks for all Jews: “At the request of our mutual friend, Rabbi Shmuley Boteach, founder of The World Values Network, who admired your strong activism against genocide and championed your cause in the Jewish community in the face of unrelenting opposition, I agreed to have Jewish activists hear you out and clarify those comments.” Again, wouldn’t it be more accurate to say, “I agreed to have Jewish activists who unconditionally support the actions of the Israeli state hear you out and clarify those comments”? I don’t imagine that Steinhardt took any of the 200,000 members of Jewish Voice for Peace — including the many prominent Jews who have become activists for justice for Palestinian people — to that meeting.

Just imagine the effect of qualifying the usual blanket statements about “what Jews think” or “what Jews say” with specifics about which Jews are under discussion.

I believe 2015 will turn out to be the year that people everywhere begin to tease apart the notions of “Jewish” and “unconditional supporter of Israel.”

Joe Scarry is a Member of the Working Group on the Middle East (WGME) of the Metro Chicago Synod (MCS) – Evangelical Lutheran Church in America (ELCA).