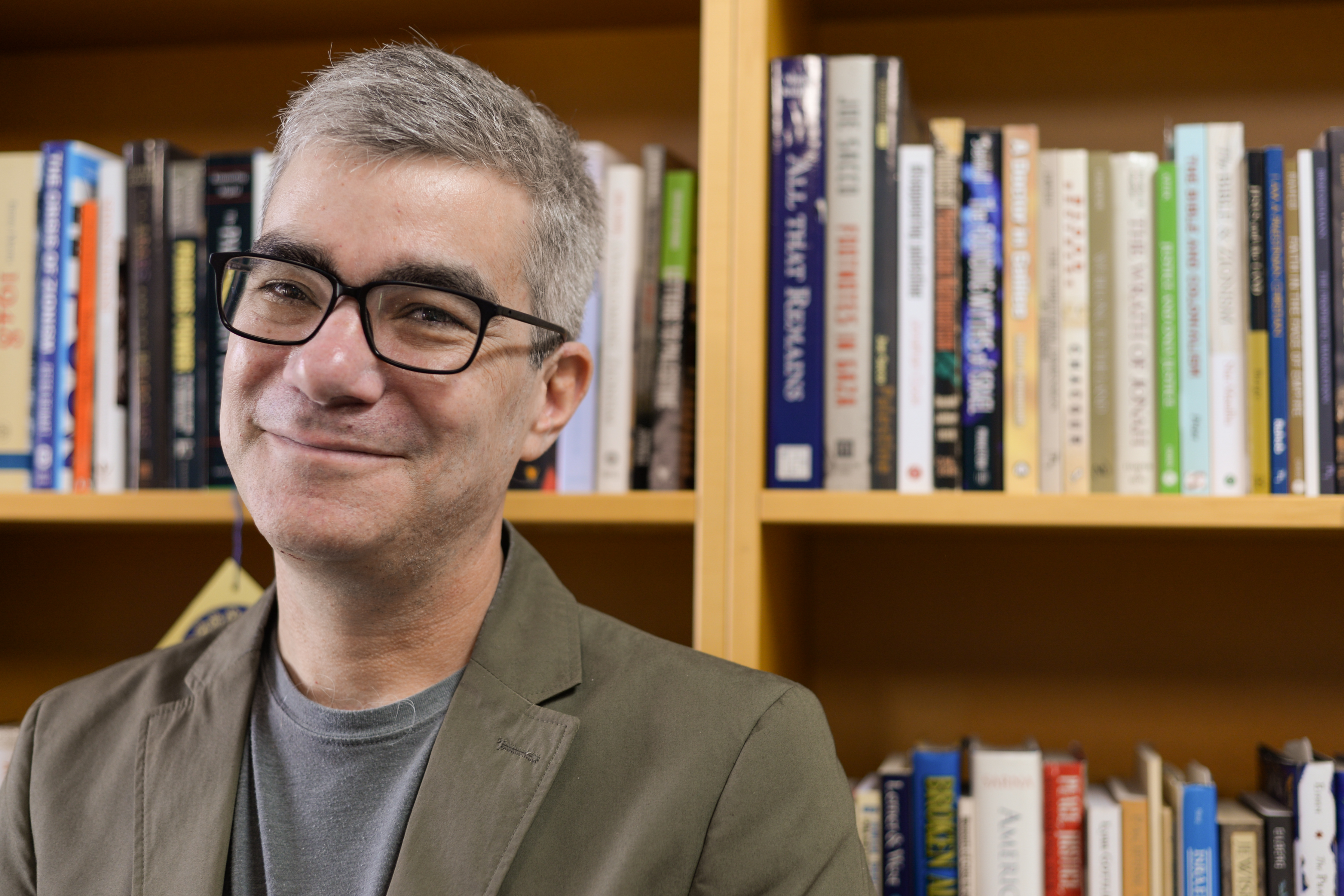 “I, like many American Jews, have always identified with Israel,” Rabbi Brant Rosen said. “More recently, I have broken with Zionism and have realized that, in many important ways, the birth of Israel was the result of an injustice that Israel and world Jewry have not really reckoned with.” Brant Rosen has been a congregational rabbi for almost his entire adult life. For over 20 years, he was present for the births, bat mitzvahs, marriages and funerals of family members at the Jewish Reconstructionist Congregation (JRC) in Evanston, Illinois.

JRC is part of the reconstructionist movement, one of the major American denominations of Judaism on the liberal-progressive end of the spectrum. The movement is centered on the belief that Judaism is a religious civilization that necessarily evolves to be congruous with contemporary times.

“There’s a strong social justice culture at JRC, so I was very involved in helping to seed and facilitate different social justice initiatives through the congregation,” Rosen said. “That’s always been a central part of my work as a rabbi.”

Rosen, who identified as Zionist early in life, became a Palestinian solidarity activist after a deeper shift in his understanding and identification with Israel. Although numerous factors played into this transition, Rosen pinpoints Operation Cast Lead, Israel’s 22-day offensive against the Gaza Strip in 2008-2009, as the moment he broke from Zionism.

He publically, and controversially, voiced his outrage through his blog, writing “We good liberal Jews are ready to protest oppression and human-rights abuse anywhere in the world, but are all too willing to give Israel a pass. It’s a fascinating double-standard, and one I understand all too well. I understand it because I’ve been just as responsible as anyone else for perpetrating it.”

Consequently, Rosen recognized a radical shift in his relationship with his congregation. His non-Zionist views and Palestinian solidarity activism were not well received by some JRC members, which led to an intolerable situation. Leaders in his congregation worked hard to support him for years, but Rosen ultimately chose to resign.

“It was a hard decision for me because I loved the congregation and I love the people there and I had been there for many years,” Rosen explained. “I was not able to really function in my job anymore. It was just too emotionally difficult given the stress that my activism was causing.”

After his resignation, Rosen did not intend to continue work as a congregational rabbi. He became the Midwest Regional Director of the American Friends Service Committee and maintained his presence in the Chicago activist community.

Rosen spoke with former JRC members and friends in the Chicago activist community and recognized a void in the Jewish community: almost all synagogues held Zionism or advocacy for Israel as a central tenet; non-Zionist congregations have thus far not existed, at least locally.

Some of the former JRC members Rosen spoke with left the congregation after his resignation. Lynn Pollack, who was a JRC member for 38 years, left because she was a Palestinian solidarity activist and supported Rosen’s work.

Our children grew up there, birth, school, bar mitzvahs, everything,” Pollack said. “It’s a huge departure, but it’s one that’s been developing. I was really alienated from JRC for a long time.”

Rosen imagined what new type of congregation could be a home for these former members and activists without a religious community. In collaboration with similar-minded colleagues, Rosen created Tzedek Chicago. As the first non-Zionist synagogue in Chicago, Tzedek Chicago has a strong set of values-based tenets.

We’re a non-Zionist congregation, we are specifically anti-racist, we are specifically in support of non-violence, and we’re universalistic in our outlook,” Rosen said. “In other words, we don’t pledge our central allegiance just to Jewish people, but to all of humanity.”

Tzedek Chicago is not for everyone, and Rosen recognizes that. The creation of this congregation means to fill a void in the Jewish community rather than compete with current synagogues. Tzedek Chicago currently functions in Luther Memorial Church, a religious community that shares the value of social activism.

“I’m hearing daily from folks not just in Chicago, but from around the country, that are interested,” Rosen said. “I believe in my heart and I know from my experience that there is a constituency for a congregation like this.”

Lynn Pollack, one of Rosen’s former congregants, is excited to see Tzedek Chicago open its doors this September. She has recognized a shift in the perspective of a growing number of Jewish-Americans on the Israeli-Palestinian conflict; numerous individuals are questioning their allegiance with Israel and are seeking justice for the Palestinian people.

Forming this synagogue here in Chicago has the potential to be a model for the way a synagogue could be,” Pollack said. “There is no pattern for this. Something new is happening.”

For Rosen, the formation of Tzedek Chicago is part of a rich Jewish tradition of dissent. The prophets dissented against the popular opinions of their times, and the Talmud, a corpus of Jewish law, intentionally contains dissenting opinions for every majority opinion.

“I have no illusions that a congregation like ours will be seen as a congregation that’s saying some very unpopular things,” Rosen said. “It may be even transgressive in the eyes of many, but to my mind, this is part of the dissent that is so central to who we are.”

Tzedek Chicago is nondenominational, calls for minimal dues and opens its doors to both Jewish and non-Jewish members. Rosen hopes this new congregation will provide a safe space for like-minded activists that seek to ascribe to their values-based way of life.

“This new community is an attempt, on a very modest scale, to reclaim what I think is best about Jewish tradition,” Rosen said. “My larger dream is that this maybe could be a model for other communities too.”