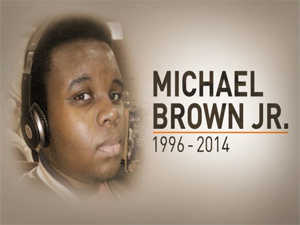 Facebook
Twitter
Pinterest
WhatsApp
Email
Print
We will raise our fists saluting our fallen brother Michael Brown on August 29, 2015 here in Chicago when we protest / march for community control of the police. On the one year anniversary of the tragic murder of Michael Brown by Darren Wilson, this is what is on my mind.

Some of my comrades in struggle told me that Ferguson was just another example of the fact that there is no justice for victims of police crimes. That is true; there is no justice and our communities exist in a constant state of harassment, racial profiling and murderous assaults by the police. But this observation by itself does not capture the essence of the momentous events we have witnessed in Ferguson, New York City, Cleveland, Baltimore and throughout the land. We have not been witnessing just more incidents of racist injustice; we have also seen in conjunction with these incidents a continuous stream of protests and uprisings. If we confine our thinking to “this is just another example” of a decrepit, racist system doing what it was designed to do, then our focus is not on the momentous fact that presently there is a significant mass uprising against this unjust system so it can’t continue to do what it was designed to do.

As organizers and fighters for justice and freedom, it is our job, our responsibility, to focus on the mass uprisings, but not like chroniclers, pundits or distant observers. The establishment newspapers, media and official society as a whole continue to describe the uprisings as “riots, and breakdowns in law and order that cannot be tolerated.” They don’t understand that so long as the police murder our people with impunity there can be no peace between the people of oppressed communities and the police.

The cries of our people have been (for decades) “No Justice, No Peace!” Today these words are not just in the mouths of a few; it is in the mouths of millions. As participants in the struggle, we see in the present uprisings a turning point in the struggle against police crimes, we see the beginnings of an organized resistance movement of national and international significance. Yes – this is the struggle developing before our very eyes and those of us immersed in these struggles need to pause for a moment and shake the dust out of our eyes so that we can clearly see the point that has been reached.

The unrestricted power of the police is presently being challenged in Ferguson, St. Louis, Cleveland, Baltimore, New York and Chicago and even in places we haven’t heard of by a mass demand for community control of the police. These are all different battle fronts with uneven advances toward the goal of empowering oppressed communities to hold the police accountable and to determine how their communities are policed.

We must pay close attention to the dynamics of all of the present struggles. We must acknowledge where we have made advances and where there have been set backs. We must always be summing up our experiences and preparing for the next battle. We must keep before the people concrete political objectives, like an all elected Civilian Police Accountability Council. We must consistently engage our people in this political struggle. We must focus on the solution part of the problem of social misery and racist injustice. We must see ourselves not just as victims of police tyranny, but as freedom fighters, as strategists and tacticians in the struggle for democracy and freedom for our people. 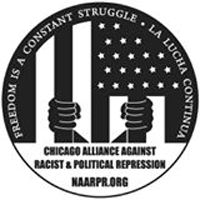 We have entered an era of uprisings of the people where contradictions that have been ripening for decades (with Black people for centuries) are coming to light. The Black masses who have long been ignored by official society, and frequently misled by pretended political saviors, are now entering upon the stage of history to claim their rightful place. We are learning in the dirt and blood of battle, as the world watches and often joins in solidarity with us; how to take necessary steps in the struggle against police tyranny. We have known the pain and agony of a cowardly and trivial past of racist and political repression. We have crossed rivers of blood to get to this time and place in our movement where we say

NO MORE! MARCH WITH US THIS AUGUST 29th, AT NOON ON CITY HALL IN CHICAGO. THIS STOPS TODAY!

On Saturday August 29 at 12:00PM, there will be a March for Community Control of the Chicago Police. The march will start at Federal Plaza, Adams and Dearborn, and end at Chicago City Hall. The march / protest is organized by the Chicago Alliance Against Racist and Political Repression and is supported by unions, churches, community organizations, and faith leaders.

Frank Chapman is a Field Organizer for the Chicago Alliance Against Racist and Political Repression.