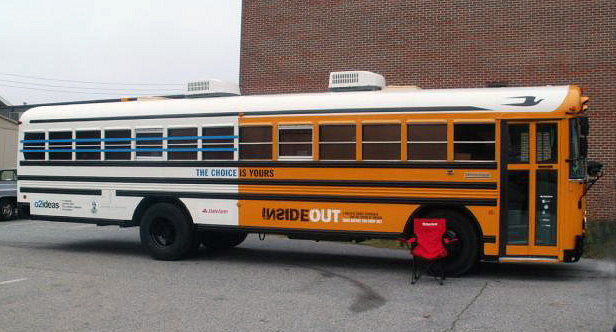 Earlier this month, a fourteen-year-old boy in Irving Texas named Ahmed Mohamed was wrongfully arrested for accusations of building a hoax bomb. Despite Mohamed denying these accusations,  it was determined he had actually built a homemade clock  to impress his engineering teacher. In the midst of all this, one can realize how susceptible black and brown youth are to being criminalized, and how the education system all over the country is participating in the school-to-prison-pipeline.

According to the Washington Post “Five percent of white students are suspended, compared with 15 percent of their black classmates, seven percent of Hispanics and three percent of Asians.”  Out of school suspensions  means falling behind in classwork, leading to poor academic testing, and as the Washington Post put it, this would “increase the likelihood of repeating a grade,” dropping out of school or even turning later to a life of crime. It is clear that children of color in America do not have equal educational opportunities and are more likely to be punished for their offense than their white peers. There have been many other cases of faulty arrests and incarceration of young people. NPR reports “About 60,000 juveniles are incarcerated across the country. Experts say two-thirds of them are locked up for minor offenses, for things like running away from home, or failing to go to school.” Instead of supporting and uplifting students to build a bright future, this system is destroying the lives of students of color.

It isn’t just the education system that is failing minority students, but the justice system as well. The Daily Kos states “how the system is also disproportionately used against black/brown Americans, with prison being a solution to the ‘race problem’ in this country. These policies have led to the creation of a racialized prison system that incarcerates more individuals than any country in this world.” Instead of helping these students achieve the best academic merit, increasing their socioeconomic standing, and improving their overall health and well-being, America is investing more money into prisons. For a better understanding of how much more America is spending on prisons than education refer to this graph that CNN Money created. We must destroy the prison industrial complex, and reinvest more funding into schools, after school programs, clinics, libraries, and treat children as children.

Otherwise, our society ends up with cases like Ahmed Mohamed or, for worse, Trayvon Martin and Tamir Rice—minors who lost their lives due to their killers’ believing their bodies as criminal and lethal. As Jonathan Stith in The Nation explains “we create these images of monsters and then wonder why people go out slaying them.” Police and citizens unjustly murder children, such as Tamir Rice who played with a toy gun in a park, or Trayvon Martin, who was just returning home from buying Skittles and a Arizona Tea on a rainy night. They were both unarmed, but they were also Black minors. The American Psychological Association (APA) conducted research and found that “…in some cases, black children may be viewed as adults when they are just 13 years old. Not only are these children of color being criminalized, deprived of a good education and other opportunities, but they are portrayed as adults as early as 13 because criminality is instantly branded to their black bodies.

Ahmed Mohamed was a minor who was interrogated by five police officers for more than an hour without his parents or a lawyer present. Even after he requested to see his parents, the officer denied it. He was then charged for making a hoax bomb and sent to a juvenile facility. He did not commit any crime, but still the school treated him like a criminal and handled the whole situation unprofessionally and incorrectly. The sad truth is stereotyping and racializing adults as well as children of color is widely practiced across the country.

So what can we do to end the school-to-prison pipeline? Last year the Obama Administration released a plan to properly handle discipline in the classroom. Al Jazeera explained these guidelines which

…called for improving school environments by training staff, engaging families and teaching students how to resolve conflicts. They also urged schools to understand their obligations under civil rights laws, and outlined a host of federal resources regarding school discipline.

There is $250 million being invested into school policing. Lauren Camera from the U.S. News and World Report says, “Today, schools refer a quarter of a million students to the police each year, according to the U.S. Department of Education, a majority of which are boys of color and students with disabilities.” We need to take out those funds and put it toward something more directly beneficial for the children. As Jonathan Stith eloquently states

We need to reduce the large sums of money that encourage harsh discipline, policing and militarism and use that money instead to fund programs that support kids and keep them engaged in the educational process.

Further, we must destroy the prison industrial complex, and put more funding into schools. We must stop suspending students, especially when they are overwhelmingly students of color—they need to be in school. The practice of children missing out on a proper education should never be used as a punishment. We need to treat these children as children, not criminals. If society views them as criminals, how will these kids view themselves?

An Educator on What the #AhmedMohamed Case Means for All Schools

An Educator on What the #AhmedMohamed Case Means for All Schools