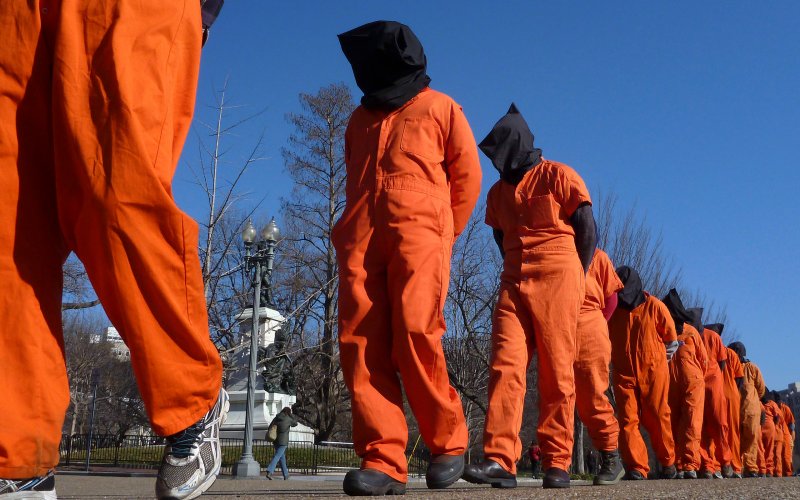 DePaul University students have begun calling for the deposition of Dean of the College of Science and Health Gerald Koocher after being explicitly mentioned multiple times in the recently released 542-page Hoffman report, alleging collusion between high-level officials of the American Psychological Association (APA) and the U.S. Department of Defense (DoD) over ‘enhanced’ interrogation tactics. Dean Koocher was a board member and temporary head of the APA during the 2005 to 2007 time period in question.

Former Chicago Inspector General David Hoffman lead the six-month investigation of allegations regarding the ethically questionable relationship between the APA and the Pentagon. Although the report states there is no hard evidence that APA board members were aware of DoD interrogation tactics used in Guantanamo Bay, Hoffman argues the officials, “had strong reasons to suspect that abusive interrogations had occurred.”

As the New York Times reported earlier this past summer, the APA essentially “shielded” the U.S. torture program. The Hoffman Report quotes email correspondence from Koocher which suggest intent to diminish human rights concerns at Guantanamo Bay. In a response to the Hoffman Report on July 14, 2015, Koocher and Ronald Levant (the latter the APA President in 2005) declared

We want to state clearly and unambiguously: we do not now and never have supported the use of cruel, degrading or inhumane treatment of prisoners or detainees. We absolutely reject the notion that any ethical justification for torture exists, and confirm that any such behaviors never have been ethically acceptable.

He even once recommended the APA release the identical public statements in response to torture allegations, “until ‘evidence’ of anything becomes public in 2055,” the report states.

Dean Gerald Koocher’s name is mentioned over 200 times in the report.

The release of the report has lead to mounting concerns from members of the Chicago and DePaul community. Among them includes the Chicago Sun-Times editorial board, DePaul alumna and former Amnesty International Midwest Regional Director Nancy Bothne and a growing number of students at the university. Earlier this week, a student-led petition emerged calling for stripping Dr. Koocher of his deanship, which has garnered over 270 signatures in the past three days.

A number of students have expressed shame and concern over the implications of Dean Koocher’s possible involvement in supporting the use of torture. One student who signed the petition wrote, “I refuse to pay hard earned college tuition to employ someone with such an unethical background. I am also appalled at DePaul’s hypocrisy with this situation, Dr. Koocher’s values and ethics does not advocate the school’s Vincentian values.” Another student writes, “As a recent graduate of DePaul with a degree in psychology, I am ashamed to have a diploma with this man’s name attached to it. This will effect my career and my chances of getting into graduate school. ” 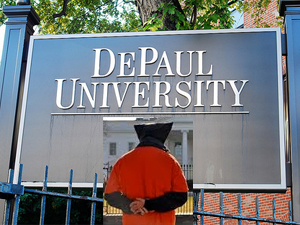 In Amnesty International Midwest Regional Director Bothne’s open letter in the Chicago Sun-Times, she reminds us how the nature of torture and state violence is an intersectional issue. She writes,

Those who perpetuate, condone and support torture are rarely held accountable. The failure to hold people accountable means that torture continues. Such has been the history of torture in Chicago; such will be the legacy of the torture that occurred at Guantanamo.

The APA publicly apologized following the release of the Hoffman report, stating, “We profoundly regret, and apologize for, the behavior and the consequences that ensued. Our members, our profession and our organization expected, and deserved, better.”

However, DePaul University has yet to apologize. Side-stepping the issue at hand, DePaul released a statement explaining, “while DePaul has no firsthand knowledge of the matter, Dr. Koocher’s published statements are thoughtful and worth reading in their entirety.”