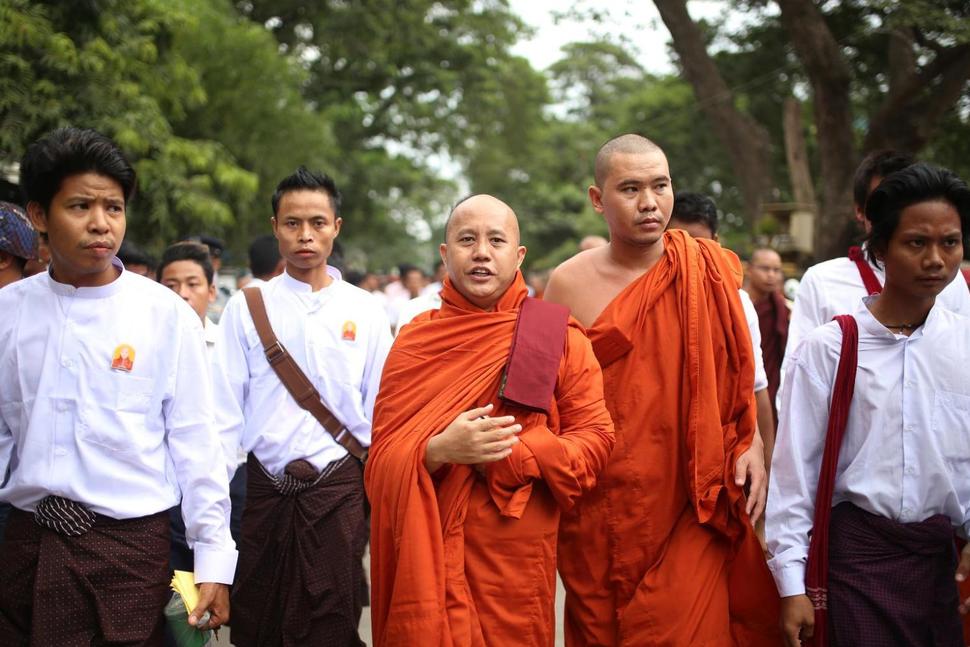 Facebook
Twitter
Pinterest
WhatsApp
Email
Print
What would the reaction be if the “official external broadcast institution of the United States federal government,” Voice of America (VOA), shared programming space on a satellite provider that also hosted programming by Al-Qaeda or ISIS? One could expect criticism to be rife and swift.

Fox News and other right-wing media would air non-stop coverage propagating conspiracy theories about President Barack Obama’s administration being in the pocket of “Islamic terrorists.” Liberal media outlets would likely react by saying that the right-wing was overreacting to an issue that was out of the control of the administration, since they signed an agreement with the hypothetical satellite provider a few years before the extremists.

This scenario in actuality is not at all a hypothetical, it is being played out today, only the extremists that share programming space on the same satellite provider as VOA are not AlQaeda or ISIS but rather an ultra-nationalist, violent Buddhist organization known as Ma Ba Tha (Association for the Protection of Race and Religion).

The Ma Ba Tha grew out of the 969 movement and have been behind acts of terrorism targeting Burmese Muslims, specifically the stateless Rohingya, considered one of the most “persecuted peoples” in the world. The Ma Ba Tha have instigated pogroms in which hundreds of Rohingya have been killed and many more thousands have been forced to flee either to concentration camps or onto perilous boat journeys where they face the dire possibility of death by drowning, human trafficking, and slavery.

The Ma Ba Tha regularly dehumanizes Burmese Muslims, describing them in their sermons and rallies as “mad dogs,” who are “taking over” Burma and insidiously trying to replace Buddhism with Islam. This year Ma Ba Tha drafted discriminatory legislation targeting Muslims and women called the “Protection of Race and Religion Bills” which swiftly passed and have already been enacted into law.

The United Nations Special Rapporteur on Human Rights, Yanghee Lee, has stated that the bills “heighten discrimination against minorities and women,” also adding that “[a]t a time when thousands of Rohingya are already fleeing the country by boat, this sends precisely the wrong signal to these communities.”

In light of this the VOA should reconsider its relationship with Burma’s most popular satellite company, SkyNet. SkNet is owned by Burma’s largest media company, Shwe Thanlwin Media Co., Ltd. Shwe Thanlwin Company was founded and is owned by Kyaw Win, “a close associate of Kyaw Hsan, a former military general.” The company “enjoyed exclusive business relations with the Ministry of Industry in the 2000s.”

Shwe Thanlwin Kyaw Win is on the EU sanctions list. Many of Kyaw Win’s associates and supporters are also on the US sanctions list, including military generals who are members of the State Peace and Development Council.

These facts did not stop Voice of America from signing a deal with SkyNet in 2012 to carry its Asian programming. The aforementioned extremist Ma Ba Tha have also signed a deal with SkyNet to carry their programming and broadcast their hate sermons. So now the VOA is in a position where it shares programming space on the same satellite provider as an extremist, violent religious movement!

One cannot help but note that at the very least there would be an outcry and calls for condemnation if in a different context it was revealed that a US-funded institution such as the VOA was signing agreements with a private company like SkyNet that simultaneously has dealings with an extremist religious organization. This is doubly the case when this extremist organization is known to have a radical agenda that advances Islamophobia and genocide against an oppressed, stateless minority.

The VOA charter states that it seeks to be a “reliable” and “credible” source for news. However, this credibility is hampered when it is associated with the likes of Ma Ba Tha, even when that association is through the platform of a media company. We should ask the VOA, the Secretary of State and the US ambassador to Burma to call upon SkyNet to sever their relationship with Ma Ba Tha.

(This article originally appeared on the Burma Task Force USA site under the title “Does the Voice of America Want to Be Associated With the Extremist Ma Ba Tha?”)