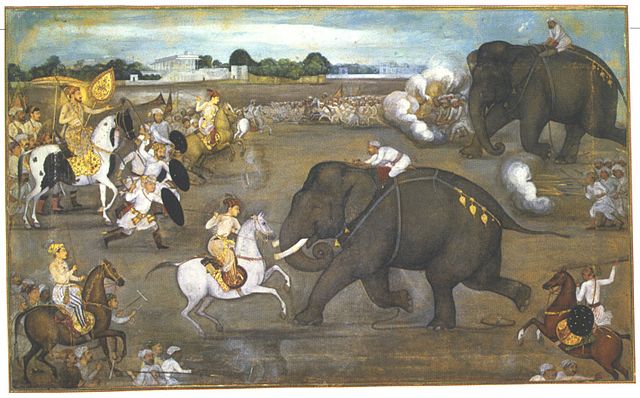 Facebook
Twitter
Pinterest
WhatsApp
Email
Print
The recent decision of the Indian government to rename Aurangzeb Road in New Delhi as Abul Kalam Road has raised a furious debate over the continuing maneuvers of Hindu nationalists to demonize the Muslim emperor. Surprisingly the strongest condemnation has come from non-Muslim intellectuals. Aurangzeb was perhaps the most pluralist Mughal emperor, but history has been unfair to him.

The public perception about the Muslim emperors has been distorted both by the manipulation of their history and a vilification campaign by the media. The negative images of Islam stem partly from a lack of understanding of Islam among non-Muslims and partly from the failure by Muslims to explain themselves. The results are predictable: the hatred feeds on hatred. Ignorance of Islam exists both among Muslims and non-Muslims. Non-Muslims, ignorant and misunderstanding Islam, fear it. They believe it threatens their most basic values. Similarly Muslims have their own misconceptions. They, reacting to the hate and fear of non–Muslims, create a kind of defensive posture within their societies and a combative environment built on militant rhetoric. In this heat and misunderstanding, the voices of peace and tolerance are drowned.

The greatest damage to Muslim history has been done by the infamous book The History of India, as Told by Its Own Historians by Elliot and Dawson. There was a time when this book was widely prescribed in schools and colleges. A casual glance at a few pages would reveal the determined effort of the authors to poison the minds of readers against Muslim rulers. The authors, keen to contrast what they understood as the justice and efficiency of British rule with the so-called cruelty and despotism of the Muslim rulers who had preceded that rule, were anything but sympathetic to the “Muhammadan” period of Indian history.  The politics of the history textbooks in India today promote communal strife by creating a historical consciousness that gives pride of place to religion and proposes a narrative that traces back community identities and antagonisms, and hence legitimizes their existence.

According to the distinguished historian Bipin Chandra,

A communal interpretation of history is the basis of RSS’ [Rashtriya Swayamsevak Sangh – Indian Hindu nationalist party] ideology. Communalism – minority as well as majority – is all about creating fear of domination by the other. How does RSS go about creating fear in eighty percent of the population? The easiest way is to create the bogey of Muslim domination. So, whatever good happened in history was during the ancient period and the Muslim period was one in which all this greatness was undermined, this is what they want taught in schools. It is a sinister effort to communalise young minds.

The best examples of victimization by historians are Aurangzeb and Tipu Sultan. Both of them are the most popular representatives of Islamic pluralism In India.

Aurangzeb’s track record as an Indian-born Mughal ruler may be full of contradictions: there are instances when he showed extreme intolerance to pluralism, but there are also examples of his patronage and largesse towards other religions. If Aurangzeb decided to demolish temples that became political centers, he also funded the repair of the Chitrakoot temple, the Mahakal temple and several gurdwaras (place of worship for Sikhs). Are we to judge Aurangzeb by his decision to make Sambhaji a mansabdar (member of the imperial bureaucracy in the Mughal Empire) in the contest against the Bijapur Sultanate, or by his many contests against the Marathas? Should Aurangzeb be judged by the jizya tax imposed on able-bodied non-Muslims who did not volunteer to be in the army or by the zakat, ushr, sadaqah, fitrah and khums he collected from only Muslims? Aurangzeb needed to finance his various wars.

He seized the throne in 1658, whereas jizya was imposed in 1679. Aurangzeb banned the consumption of alcohol, gambling, music, nautch (dancing) girls, narcotics, and castration. Tipu Sultan was undoubtedly one of the fiercest foes the British ever encountered. As one of the first Indian rulers to be martyred while defending his homeland against the Empire, Tipu figures prominently in the British Army’s National Army Museum as one of the ten greatest enemy commanders the British Army ever faced. In his capability as a military strategist, Tipu was an equal of Napoleon Bonaparte, with whom he had cordial relations. Besides being a great military strategist, Tipu Sultan was also a visionary and innovative ruler. Aside from military innovation, Tipu is said to have introduced new coinage, a calendar and a system of weights and measures mainly based on the methods devised by French technicians. Thus he was a modernist who even planted the “tree of liberty” at the Srirangapattana fort, in honor of the French revolutionaries. Tipu Sultan is, however, demonized, largely due to the particularly biased trajectory of British historiography, which branded him “a furious fanatic and an intolerant bigot.” Some even retained a fondness for comparing Tipu with Mahmud Ghaznavi and Nadir Shah. Wilks and Kirkpatrick accused Tipu of exiling 60,000 Kanarese Christians. But one must not forget that the Kanarese Christians apparently helped the English to conquer Mangalore during the Second Anglo-Mysore war. He treated the Syrian Christians of his kingdom extremely well and also encouraged Armenian merchants to settle in Mysore.

Similarly, he was falsely accused of resorting to forced conversions. An archival record unearthed in 1913 revealed 21 letters he wrote to Sringeri monastery proving him to be a patron of many Hindu maunders (temples). The reason for the acute venom spouted against Tipu by the British lay in the challenge he posed to colonial power. When the princes of Rajputana had surrendered and Ranjit Singh, “The Lion of Punjab,” compromised, and the Marathas quietly buckled under the threat of British arms, Tipu dared to confront the colonialists.

The developments that occasioned the Partition catalyzed a process of sectarian politics that found its logical end in the creation of separate nations altogether. Seven decades after the Partition of India, a debate on what caused it is merely academic. But the question of how to contain and tame its lingering residues is of immense practical importance. Hindu nationalist ideologues still periodically subject Indian Muslims to loyalty tests. A reappraisal of history can alone put the record straight and clear the misconceptions created by unobjective historians. Fantasy, conjecture and stereotypes have replaced fact and reality.  To use the words of George Orwell “The most effective way to destroy people is to deny and obliterate their own understanding of their history.”