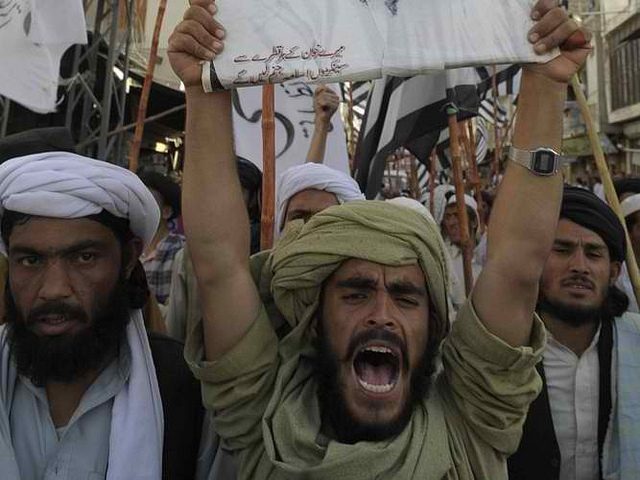 The sudden wave of interest in Islam across the world seemed to commence just after September 11, 2001. The Western media, television as well as print, devoted reams of paper and time slots to report incidents ranging from stories of conversion to Islam to booming sales of copies of the Quran. Somewhere along this line, Muslims and the media became a hot topic of discussion at various forums. It continues unabated and the momentum doesn’t ever appear to have slowed down.

Headlines are sensational or distorted and reporting is often deeply racist. This impacts directly on the lives of Muslims. Some of the stories that are emerging are painful and disturbing. From shar’iah law, “secret halal” scandals, the burqa, hijab, so called “honor” killings, sex grooming gangs, Trojan horses, jihad, terrorism. Sadly, journalism is still failing to perform its fundamental purpose by simply rehashing tired old narratives of “radical Islam” or a “fight within Islam.” The truth is much more complicated than that — and the entire world has a direct role in creating the dangerous reality that so many Muslims have to live with every single day. The mainstream media shows remarkable consistency in employing an arsenal of semantic games, key phrases, convenient omissions, and moral relativism to portray such violence as a product of Islam. Old habits die hard. The depiction of Muslims as the foreign “other” has persisted in literary writings and mainstream media, from the time of Dante’s Divine Comedy and Aladdin’s exotic genie in the bottle to the Iranian revolution, 9/11, 7/7 London bombings and the aftermath. The “Race and Reform: Islam and Muslims in the British Media” report by Dr. Nafeez Mosaddeq Ahmed in July of 2002 is a thorough investigation of a phenomenon that is, unfortunately, larger than the British context.

In the context of growing media attention given to Islam and Muslims, a critical issue is that of the role that the media plays in reinforcing certain negative stereotypical images of the community. Of particular importance also is the role that the Muslim media is playing, and can play, in both combating these negative stereotypes and disinformation about Islam and Muslims in the “mainstream” media, as well as helping in the process of the overall empowerment of the Muslim community. Muslim representation in the media is dismal, while Muslims’ share in media ownership is even more pathetic.

There is widespread agreement among Muslims that media reports involving them are selective, biased, stereotypical and inaccurate. If you want to know how many times Muslims condemned violence and extremism just Google “Muslims against terrorism” or “Muslims Condemning ISIS” or any similar words and you will be surprised by the thousands of Muslim institutions, scholars, and governments that are condemning and fighting terrorism while assuring everyone that this does not have anything to do with the peaceful message of Islam. The majority of Muslims are moderate, peaceful people who have been affected by terrorism and violence more than non-Muslims. But the media is not interested in this positive news. It has constructed its own stereotype of a Muslim and uses selective stories to reinforce this stereotype.

So what is the purpose of mainstream media if they are not going to fulfill their mission of informing the public? Money. The collective media is a multibillion dollar monolith.  It’s an industry that is managed by industry barons who want to promote their own ideology and feeds on firing information at the viewer at a machine-gun pace and when that happens, a lot of context gets lost. Many of the people who work in media have no clue how to tell a story at street level and when it’s a story about Muslim issues, they get even more clueless. The press follows a familiar narrative everywhere. Muslims are extremist, they are intolerant, their scriptures promote violence.

The distorted images of Islam stem partly from a lack of understanding of Islam among non-Muslims and partly from the failure by Muslims to explain themselves. The results are predictable: the hatred feeds on hatred. Ignorance of Islam exists both among Muslims and non-Muslims. Non-Muslims, ignorant and misunderstanding Islam, fear it. They believe it threatens their most basic values. Fantasy, conjecture and stereotypes replace fact and reality. Similarly Muslims have their own misconceptions. They, reacting to the hate and fear of non –Muslims, create a kind of defensive posture within their societies and a combative environment built on militant rhetoric. In this heat and misunderstanding, the voices of peace and tolerance are drowned. We need sanity in all quarters to let the truth prevail.  In our goal of achieving this objective, the media can play a very critical role.

The depiction of Muslims as a singular embodiment of “terror” and “menace” by mainstream media outlets has long been a source of outcry for many Muslims, but the struggle, too often, has been circular, wrapped around debates on “Islamophobia.” Some Western commentators dismiss the term, calling it a “political ploy” to stifle freedom of expression. Amidst the importance placed on the sanctity of free expression in the West, these testimonies of distorted facts vis-à-vis Islam and Muslims seem to be a rather sinister breach of ideals. Media narratives regularly conflate the West’s Muslim diaspora communities with external instances of extremism, terrorism, despotism, and sexism.

News media rely on sales for survival, because their sales figures determine both their subscription and advertising revenues. What sells is hard-hitting news about dramatic, action-packed and emotionally charged events. As the saying goes, “If it bleeds, it leads.” That does not mean that audiences do not react positively to in-depth features and profiles, but traditionally headlines are driven by hard news, including political, military and economic developments. This can make it challenging to find a prominent space for a nuanced discussion.

There are scholars who devote their entire careers to understanding even a single religious sub-tradition. There are different doctrines, beliefs, modes of dress and practice, institutional structures, leaders, alliances and disputes among individuals or communities that are opaque from the outside. Different communities within the same religion may have different interpretations of history and doctrine. For news media, training reporters so they can depict and report knowledgeably on religious communities may seem prohibitively time-consuming, expensive or difficult. These are the cold, hard facts of day-to-day media operations.

On their part, Muslim leaders can take a very meaningful role in sensitizing the media to the various complexities that Islamic issues have. A broader dialogue can help in a nuanced understanding of the whole issue.

Muslim organizations need to be professional in their public relations, something that few of them actually are. They need to have staff that are able to properly interact with non-Muslim media organizations and present them a proper and convincing Muslim perspective on a range of issues. The intention should be to interact cordially with the “mainline” media and thereby help articulate the Muslim voice and to counter anti-Muslim stereotypes and disinformation.

There is a desperate need for Muslim media groups to be research-oriented. They, along with other Muslim community organizations, could commission projects on various social issues relating to the community. Articles generated out of such research projects can be sent to various newspapers. Muslim community organizations must seriously consider establishing research centers that specialize in social science research, something that is woefully lacking today. This research can then be made more publicly accessible through the mass media.

What is therefore needed to cool the flames of hatred is to bring the faith leader and the media on a common platform that would provide constructive interaction thereby injecting objectivity in the media’s assessment of Islam and Muslims.