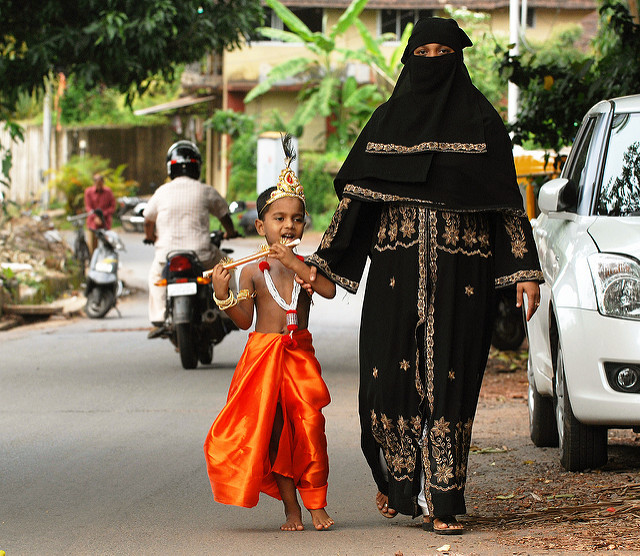 We are back to debating reservations [quotas] in India. The argument in favor of affirmative action — for groups that suffer substantial, pervasive and abiding forms of disadvantage — is compelling. Such disadvantage is self-perpetuating. Given the mechanics of social power and its translatability into political, cultural and economic power, external intervention is essential to break the vicious cycle. The demand for affirmative action for Muslims which has been underlined by several government commissions has been further revived by the address of Mr. Hamid Anasri the Vice President of India at the golden jubilee celebrations of All India Muslim Majlis-e-Mushawarat, an umbrella of several mainstream Muslim organizations. Describing as “commendable” the “official objective of Sabka Saath, Sabka Vikas, the government’s policy initiative for inclusive development, he emphasized that “a pre-requisite for this is affirmative action (where necessary) to ensure a common starting point.”

Affirmative action refers to at least three kinds of measures available to help the socially disadvantaged: affirmative action, positive discrimination, and strict quotas in school/college admissions and jobs. It can take many forms, from setting up special schools or vocational guidance facilities to declaring that the government will encourage specific groups to apply for jobs. Quota-based seats for castes and tribes in educational institutions, legislative bodies and public offices were seen as a way of ensuring equal opportunity for people who had been excluded, subordinated and denied social and economic resources. Caste-based distinctions, especially untouchability and forced segregation were seen as forms of discrimination that placed the excluded community in a terribly disadvantaged position. Reservations, above all, were an acknowledgement of this injustice and a means of bringing these hitherto-ostracized sections into the social and political mainstream. The policy of reservations in government jobs for castes and tribes has to some extent guaranteed their participation in public employment.

Though the constitutionality of the use of religion as a criterion for selecting “backward” classes has not been explicitly under challenge, the government and courts have rejected its application in practice; hence, minority groups were not identified as “backward” for the purpose of special safeguards for the disadvantaged. There are three main reasons advanced: (i) it was incompatible with secularism; (ii) in the absence of a caste system among Muslims there was no overt social discrimination suffered by them to justify special measures; and (iii) it would undermine national unity.

India is growing, but it is leaving behind its largest minority. India’s economy has done extraordinarily well in the past 20 years, but Muslims not only enjoy a lesser share of these gains, their relative economic condition has suffered significantly compared to everyone else, in spite of spectacular national growth. It should be obvious to anyone who looks at macro indicators that Indian Muslims will constitute a bigger and bigger share of the population, while simultaneously holding a smaller and smaller share of the economy.

The publication of the Sachar Commission Report in late 2006, and subsequent surveys, confirmed what many had feared or suspected for a long time: That Indian Muslims were lagging behind the rest of the country on nearly all indicators of development, income, education, representation in state institutions and in government.

The Gopal Singh Committee recommended three to four percent reservation for Muslims in class three and four category employees. The demand for reservations of Muslims has been gathering momentum after a host of Government appointed commissions and panels highlighted their disadvantages came to be quantified. The Sachar Committee in its report described the situation of Muslims in this way,

Muslim community by and large is lagging behind other communities in terms of its access to public and private sector jobs, education, infrastructure, and credit and, more importantly, the gap between Muslims and other communities has not closed over the years rather it has increased in some dimensions.

The committee however, didn’t recommend any reservations for Muslims, but concluded that there is need to maintain the diversity in the public and private institutions of the country and for that it recommended the establishment of the diversity index.

The findings of the National Commission for Religious and Linguistic Minorities under the Chairmanship of Ranganath Mishra, assumes importance as far as the reservation for Muslims is concerned. The Commission recommended reserving 15 percent in the central and state government services for linguistic and religious minorities out of which 10 percent was recommended to be reserved for Muslims and 5 percent for other minorities.

Taken together, these and other studies bring forth sufficient evidence to substantiate the view that “inequality traps prevent the marginalized and work in favor of the dominant groups in society.”

More recently the Kundu Report of September 2014, commissioned to evaluate the implementation of decisions taken pursuant to Sachar recommendations, has concluded that though “a start has been made, yet serious bottlenecks remain.” It makes specific recommendations to remedy these. It asserts that “development for the Muslim minority must be built on a bed-rock of a sense of security.”

It is evident from this compendium of official reports that the principal problems confronting India’s Muslims relate to:

The policy of reservation draws its legitimacy from the constitutional principle of social justice and aims at inclusion of excluded groups. The Indian Constitution lays down provision for positive discrimination for historically marginalized communities, but the Constitution does not define any of the categories, identified for the benefit of reservation. One of the most important bases for reservation is the interpretation of the word ‘class’. The expression, “Backward Classes” in Article 16 is caste and religion neutral. According to the Report of the National Commission for Religious and Linguistic Minorities, while Article 15 and 16 states that “while articles 15 and 16 empower the state to make special provision for backward classes, they prohibit discrimination only on the ground of caste or religion”. Therefore, any caste or religious group or ‘minorities’, if socially and educationally “backward,” may come under the ambit of “backward” classes and are thus entitled for reservation benefit.

Social backwardness is a fluid and evolving category, with caste as one of the markers of discrimination. Gender, culture, purchasing power and so on could also influence capabilities, and any one of these, or a combination of these, could be the cause of deprivation and social backwardness. Moreover, the notion of social backwardness itself could change as the political economy transforms from a caste-mediated, closed system to a more open-ended, globally integrated and market-determined matrix marked by high mobility and urbanization.

The Supreme Court has recently made an important point about positive discrimination in India. Justices Ranjan Gogoi and Rohinton F. Nariman said

An affirmative action policy that keeps in mind only historical injustice would certainly result in under-protection of the most deserving backward class of citizens, which is constitutionally mandated. It is the identification of these new emerging groups that must engage the attention of the state.

Backwardness is a manifestation caused by the presence of several independent circumstances, which may be social, cultural, economic, educational or even political. New practices, methods and yardsticks have to be continuously evolved, moving away from a caste-centric definition of backwardness. This alone can enable recognition of newly emerging groups in society, which would require palliative action.  Muslims are eligible for at least some forms of positive discrimination among new “backward” groups.

While affirmative action and reservations for disadvantaged groups continue to be a historical necessity, there is an urgent need to reassess the conception of backwardness to broaden it beyond castes, taking into account contemporary realities of oppression in terms of other criteria of social stratification and difference. There are two basic deficiencies in the existing conception. First, reservation policies and the inclusiveness promoted by them draws sustenance from a representation of Indian society exclusively in terms of its caste-based social stratification. Second, the inequalities of gender and class get discounted, as do the disadvantages of belonging to a particular religious minority. In the contemporary conception of social justice, class differences are disregarded as also those social inequalities which happen to be incompatible with caste.

Originally, the concept of backwardness was formulated on the basis of specific experiences of institutionalized inequalities, and yet, unless it transcends that empirical context, it has limited utility. To the extent that Muslims are included in the “backward” class list the official notion of backwardness has been transcended, but it continues to be dominated by caste-based notions of backwardness. Yet, the pervasive discrimination of Muslims in India must compel us to re-examine facile assumptions about social backwardness stemming from historically over-simplified categories and the easy satisfaction over the secularization process going forward as a result of the provision of minority safeguards in the constitution.

India is growing and there is enormous wealth available both to the state as well as the civil society, and if good will prevails, a fraction of it can be used to correct the negative trajectory of Muslim reality in India. The state can not only provide the resources to jump-start Muslim development, but it can also do more to protect them from extremist movements acting on prejudice.

One pertinent advice that the Vice President gave to Muslims must become the centerpiece of the efforts of the community and its leaders and institutions engaged in setting the agenda for Muslim reservation.

He quoted  “a close observer” who pointed out that

To deny discrimination and pretend all is well is to fly in the face of facts. But agitation against discrimination can arouse the very emotions that foster discrimination. The solution of the Muslim problem lies in a resolution of this dilemma by devising a form and content of agitation which heals old wounds and inflicts no new ones. This resolution can be achieved by regarding discrimination as what it is; a problem of Indian democracy to be resolved within the framework of national integration.