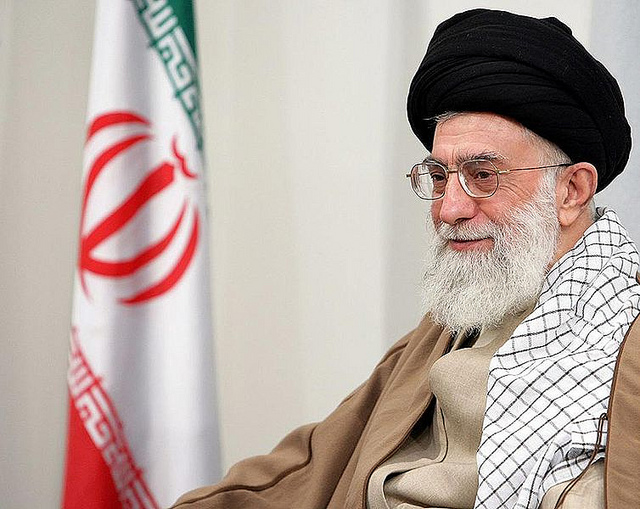 It took almost 12 years for the highly controversial nuclear issue of Iran to conclude in an international historic agreement signed in Vienna on 14 July 2015 between Iran, the European Union and the five permanent members of the UN Security Council — China, France, Russia, United Kingdom, United States—plus Germany, called the P5+1. Given the critical nature of the agreement, one finds many different viewpoints among analysts, some of them contradictory, about the actual implications of the deal. Some analysts believe that the agreement will “on its own strengthens Iran’s hand in the region by reducing its isolation and adding significantly to its economic resources,” while others say “It will leave Iran as a nuclear threshold state, raise the prospect for war, spur a conventional and nuclear arms race and threaten our regional allies.” The Obama administration regards it as the best available deal. Others argue that both sides might be correct.

Iran even put a step forward and spoke of a fatwa issued by Iran’s leader, prohibiting the country from the production, acquisition, development and use of nuclear weapons. Referring to the fatwa in several official occasions, including at a meeting of the International Atomic Energy Agency (IAEA) held in Vienna, Iranians argue that their religion does not allow them to possess or produce nukes.

Note: The fatwa was mentioned afterward in several occasions by Khamenei during his speeches.

Critical assessments have mostly questioned the existence, applicability and/or constancy of the fatwa. According to The Washington Post, Abbas Milani, an Iranian-American historian and author, said: “The issue of the fatwa is complicated. Whether it actually exists and even whether Mr. Khamenei is entitled to issue fatwas and finally how changeable are fatwas are all contested matters.” According to Gareth Porter, writing in Foreign policy, the fatwa was issued for the first time in the mid-1990s through a letter, which was never publicly released. The fatwa was issued “without any fanfare” in response to a request from an Iranian official “for his [Iran’s Supreme Leader’s] religious opinion on nuclear weapons.” Therefore several sources pointing to this fatwa, the first element of Milani’s analysis seems invalid.

If, by existence, he means an official announcement, one may easily point to several oral announcements by Iranian officials and by Khamenei himself, and if he looks for a fatwa officially titled and published as such, then Milani appears to be unaware of a 2010 version of these statements in the fatwa section of Khamenei’s official website, in Farsi, titled as a fatwa on “Prohibition of Weapons of Mass Destruction:”

We believe that besides nuclear weapons, other types of weapons of mass destruction such as chemical and biological weapons also pose a serious threat to humanity. The Iranian nation which is itself a victim of chemical weapons feels more than any other nation the danger that is caused by the production and stockpiling of such weapons and is prepared to make use of all its facilities to counter such threats.

We consider the use of such weapons as haraam and believe that it is everyone’s duty to make efforts to secure humanity against this great disaster.

However, this was not the first time that this religious decree had been mentioned in oral statements by the Iranians. Years later, just some days after the JCPOA agreement was signed, in order to assert that Iran had never been seeking to produce nuclear weapons, Khamenei said:

This is while we are not after nuclear tests. We are not after nuclear weapons. And this is not because they are telling us not to pursue these things. Rather, we do not want these things for the sake of ourselves and our religion and because reason is telling us not to do so. Both shar’i and aqli [related to logic and reason] fatwas dictate that we do not pursue them. Our aqli fatwa is that we do not need a nuclear weapon either in the present time or in the future. A nuclear weapon is a source of trouble for a country like ours.

Moreover, the administration of President Barack Obama also referred to the fatwa in remarks in several occasions. On 24 September 2013, Obama addressed the UN general assembly as such:

Meanwhile, the Supreme Leader has issued a fatwa against the development of nuclear weapons, and President Rouhani has just recently reiterated that the Islamic Republic will never develop a nuclear weapon.

And Secretary of State John Kerry addressed the media on 24 November 2013 in Geneva by saying:

So I close by saying to all of you that the singular objective that brought us to Geneva remains our singular objective as we leave Geneva, and that is to ensure that Iran does not acquire a nuclear weapon. In that singular object, we are resolute. Foreign Minister [Mohammad Javad] Zarif emphasized that they don’t intend to do this, and the supreme leader has indicated there is a fatwa, which forbids them to do this.

According to Mehdi Khalaji, a Senior Fellow at the Washington Institute for Near East Policy, “fatwas are issued in response to specific circumstances and can be altered in response to changing conditions.” Michael Eisenstadt, a Kahn Fellow at the same Institute added “No religious principle would prevent Khamenei from modifying or supplanting his initial fatwa if circumstances were to change” and “expediency/interest of the regime so required.”

Other analysts have discounted these negative reviews of Khamenei’s fatwa on the grounds that the important role of the “guardian jurist” as represented by Khamenei within the Iranian political system is not well understood. Gareth Porter has argued that to understand Iranian policy toward nuclear weapons, one can refer to the impact of the fatwa during the Iran-Iraq war.  This fatwa helps explain why Iran never used chemical weapons against Iraq seeking revenge for Iraqis attacks that killed 20,000 Iranians and severely injured 100,000 more. Porter contends that this fact strongly suggests that Iran’s ban on developing chemical and nuclear weapons is “sincere and deep-rooted”. Mohsen Rafighdoost, the minister of the Islamic Revolutionary Guard at the time, disclosed that Khomeini opposed his proposal for starting work on both nuclear and chemical weapons by a fatwa, which had never been made public.

Beside the historical application under the Islamic Republic of Iran, it is also useful to examine the religious basis of such a fatwa in Shia Law and history. Islamic traditions prohibit weapons, which work in an indiscriminate manner, i.e. may kill women, children, and the elderly.

According to Shia jurisprudence, oppression against others is regarded as haraam (prohibited) and it includes every single affected creature be it human, animals, trees or the planet as a whole. It’s also argued that, as aqli (relating to reason, considered, along with the Scripture, as a source of religious jurisprudence in Shia Islam), oppression is essentially evil and therefore remains haraam forever, i.e. nothing may alter its prohibition, just as the taste of salt can never be altered as being an essential feature of salt. Khamenei mentions this principle in one of his statements about this fatwa to support its consistency:

Both shar’i [i.e. scriptural] and aqli [i.e. rational] fatwas dictate that we do not pursue them. Our aqli fatwa is that we do not need a nuclear weapon either in the present time or in the future.

Keeping the above in mind, negative analysis by researchers such as Khalaji does not apply here, because it seems to be based on an invalid application of the Islamic doctrine of expediency.  According to definite principles of Shia jurisprudence, this fatwa cannot be ruled out by the principle of expediency, a doctrine that allows a Shia ruler to suspend a Shia primary ruling for a greater overall gain for the Islamic society. Therefore the fatwa will not change forever.

Further study into Shia traditions shows how this fatwa is genuinely rooted in Islamic essential beliefs. According to a hadith narrated from Ali ibn Abi Talib, the first Imam of Shia, the Prophet Muhammad had banned throwing poison in the cities of polytheists. In another hadith, the Prophet has asserted the same ban on surviving elders and children of the polytheists. That’s why Shia Islam rejects chemical and microbial war and does not commit it.

In addition, Shia traditions have not ignored the rights of animals and have banned hurting them. For example, the Prophet Muhammad is reported to have banned killing birds unless for food, or even disturbing their sleep at night. There are also traditions recommending feeding and giving water to the animals kept by people and preparing clean food for them.

Similar traditions are found regarding the rights of trees showing the importance of ecological harmony in the Shia viewpoint. Based on a tradition from the Prophet Muhammad, the one who cuts a lotus unjustifiably, God will severely punish him in hereafter. Solids (creatures of the lowest level such as stones, water and the planet in whole) had also been the subject of some traditions, i.e. Shia are ordered to respect the environment and not to pollute the air or water.

Investigating these traditions reveal how important avoidance of any act of oppression against any creature — including humans, animals and tress — is in Shia Islam. This is another indication that shows how some of the negative arguments regarding Khamenei’s fatwa against nuclear weapons are based on lack of knowledge about the deeply held religious beliefs of the Iranian leaders

Many have claimed that the Iran-P5+1 negotiations were successful in coming to an agreement designed to prohibit Iran from producing nuclear weapons.  But the Iranian leadership claims to have never wanted to produce a nuclear weapon based on the prohibition contained in the fatwa by their supreme leader, Ayatollah Ali Khamenei. While many in the West are critical of the “theocratic nature” of the Iranian government, at the same time they don’t accept that the Iranian government follows a deep-rooted, religious ruling against nuclear weapons by their supreme leader. Contrary to what some of the analysts have said, this fatwa will not change under any conditions, based on the Shia jurisprudence and is consistent with traditions regarding the importance of respecting the rights of every creature. If Shia even care about asleep birds, nuclear weapons that damage creatures from trees up to humans, destroys the planet and severely affects the next generations, are forbidden at even a higher magnitude.

Mohammad Mosallanejad is a University Lecturer. He has been actively doling research in the religious field for the last year and a half and has been following top important political-religious news.

Esmaeel Mosallanejad is a scholar and seminary teacher. He has completed research in the Islamic medicine field cooperating with university professors.