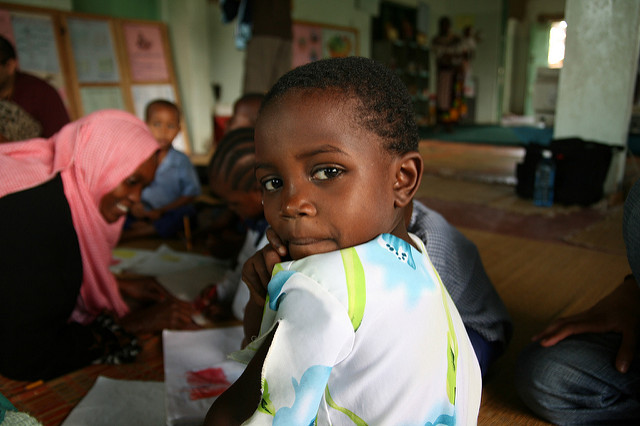 The recent decision of some of the provincial governments in India to derecognize madrasas (Islamic schools) for refusing to undergo reforms on the pattern mandated by the government has reignited the debate on their relevance. The debate has morphed into a full scale media and commentator war that endangers their very survival.

The implacable media has continually targeted them with an avalanche of searing and strident critiques. The State has not only castigated them, but has attempted to wrest exclusive control ever them. While it is true that madrasas have in many cases outlived their role, they need not be decimated. What they need is essentially a makeover in a way that respects traditional sensibilities and attempts to synergize classical and modern learning so that they are viable educational institutions for modern society. There is certainly a need for a shift in paradigm. This has to be done in a gradual manner. As we have seen, huge changes can be brought about by surprisingly small steps. This has also been the stance of the Muslim religiopolitical elite. Any attempt at modernizing madrasas should ensure that their traditional cultural moorings are not uprooted.

The key motor of civilization

Throughout much of Islamic history, madrasas were the major source of religious and scientific learning, just as church schools and universities were in Europe. They were primogenitors of Islam’s hallowed scholarly tradition and a conduit for exporting Islamic scholarship to the world between the seventh and twelfth centuries. Madrasas produced free-thinking luminaries such as Alberuni, Ibn Sina, and al-Khwarizmi. They also produced America’s bestselling poet throughout the 1990s, the thirteenth-century Sufi mystic and poet of love and longing, Maulana Jalaluddin Rumi, who, it is often forgotten, was trained as a Muslim jurist, and throughout his life taught shar’ia law in a madrasa in Konya. It is true that Rumi rejected the rigidity of thought and spirituality characteristic of the ulama [religious scholars] of his day, but he did so as an insider, from within the system. Moreover, he never lost sight of the Islamic perspective and his commitment to shar’iah (Islamic law) was inviolable.

Madrasas serve parts of developing countries that governments never reach. Turn off any main highway in Pakistan, Bangladesh, or northern India, drive 15 miles down a poor-quality road, and more often than not you will find a small madrasa, funded by donations and occasionally fees, in the nearest village. Even in the cities, where there are many more government and other private schools, madrasas survive as providers of social services for Muslim orphans (many of whom are taken in and brought up there for free). Meanwhile, many Muslim parents choose to send their sons (it is usually sons) to madrasas because they consider the education they get there to be a respectable one. Madrasas offer a free education, room, and board to their students, and thus they appeal to impoverished families and individuals. On the whole, these religious schools are supported by private donations from Muslim believers through a process of alms-giving known in Arabic as zakat (obligatory social tax). The practice of zakat — one of the five pillars of the Islamic faith — prescribes that a fixed proportion of one’s income be given to specified charitable causes, and traditionally a portion of zakat has endowed religious education. Almost all madrasas are intended for educating boys, although there are a small number of madrasas for girls.

A nursery for education

Madrasas, in most Muslim countries today, exist as part of a broader educational infrastructure. The private educational sector provides what is considered to be a quality western-style education for those students who can afford high tuition costs. Because of their relatively lower costs, many people turn to state schools, where they exist. However, in recent years and in more impoverished nations, the rising costs and shortages of public educational institutions have encouraged parents to send their children to madrasas. Supporters of a state educational system have argued that the improvement of existing schools or the building of new ones could offer a viable alternative to religious-based madrasas. Others maintain that reforms should be institutionalized primarily within Islamic madrasas in order to ensure a well-rounded curriculum at these popular institutions.

Madrasas around the world play a role of fountainheads of religious learning and guardians of tradition. Besides providing general education to broad groups at the grassroots levels of society, they have long constituted nodes in extensive networks of communication. No madrasa stood alone; each was linked to other madrasas through a steady exchange of visiting scholars, teachers and students.

Madrasas cannot be substitutes for modern schools, but for those who can’t afford to send their children to these schools, madrasas are the only option. In the absence of madrasas the threat of illiteracy looms large for this section of population. The parents on their part must realize that if they can’t afford the financial means to nurture these children they must properly plan their families. Madrasas should not be seen as orphan homes or crèches for children who are financially orphaned.

The need for makeover

Madrasas are far from being completely immune to change and reform. Likewise, few ulama could claim to be completely satisfied with the madrasas as they exist today. Indeed, leading ulama are themselves conscious of the need for change in the madrasa system. As their graduates go out and take up a range of new careers, in India and abroad, and as pressures from within the community as well as from the state and the media for reform grow, madrasas, too, are changing. Change is, however, gradual, emerging out of sharply contested notions of appropriate Islamic education.

The traditionalists believe that the aim of the madrasa is different from that of a modern school. The only way to pass judgment on the madrasas is to see how far they have been able to achieve their own aims, such as inculcating piety, promoting religious knowledge, control over the base self (tahzib-i nafs) and service of others. Therefore, no suggestion for reform of the syllabus which goes against these aims is acceptable.

Reformists argue that since Islam is all-embracing in its scope, providing guidance not only for worship and devotion but also rules for collective existence, ranging from personal affairs to matters of the state, Muslims must acquire knowledge of all aspects of the dunya [this world], in addition to that of the shari’a. Since Muslims believe that Islam is valid for all times, the ulama must remain abreast with changing developments in the world to be able to express Islam anew in response to changing conditions.

Besides reforms in the curriculum of the madrasas, reformists also argue for suitable changes in the methods of teaching. Many writers are critical of the current stress on parroting entire sections of books without exercising reason or critical thought, as a result of which few students are said to actually properly comprehend what they are taught. The students are mere autodidacts in religious matters.

Critics see the madrasas as discouraging debate, dialogue and critical reflection, and as treating their students as passive learners, thus cultivating a climate of stern authoritarianism. The stress on bookish learning is said to have deflected attention from moral development, and some writers bewail what they see as the low moral standards of many madrasa students. They feel that in madrasas there is no trace of studies that benefit the people by way of enhancing their moral excellence or their worldly welfare. Even traditionally educated religious scholars, who may be considered to have a vested interest in the preservation and defense of their tradition, have also often been vigorous critics of particular aspects of madrasas.

Education is extremely important for human welfare, progress and cultural accomplishments. Education becomes easily accessible when it is free, and free education in the present day context of Muslims in India is given only through madrasas. Governmental schemes have remained unsuccessful in bringing education to all, particularly to the poor and marginalized communities. But religious madrasas have made education a reality for all sections of Muslims in villages as well as towns.

In this context, it is also necessary that the management of madrasas and reformist scholars come together to identify how much modern education can be made part of the madrasa system. It also needs to be discussed whether modern formal education should be introduced in conjunction with existing religious education in madrasas or should religious education itself be strengthened by modernizing it?

Whenever one is faced with a problem, the solution lies in studying the problem, debating the issue, identifying the consequences of the problem and adopting various approaches based on analysis through a dialogue with all sections of the society. We should respect the age old truism: every problem, intractable or simple, needs a dispassionate analysis. That is the undisputed lesson of history. Egocentrism would inevitably lead us into the blind alley. It is meaningless to keep accusing madrasas of being the hotbeds of extremism, hate mongering, and fire-spewing rhetoric. We are not making a distinction between radicals and madrasa promoters. It is unfair to tar everyone with the same brush. A solution cannot be found if the differing ideologues remain at loggerheads.

One truism which we Muslims must accept is that the inclusion of English, mathematics and science in the curriculum of madrasas would enable students to better deal with the contemporary world and help them develop a proper mindset. Mere access to technology cannot help a person develop a progressive and liberal attitude. These subjects are only tools. It is the mindset that determines to what use these tools will be put to. In the absence of a catholic mindset and a spirit of cosmopolitanism these modern tools usually end up promoting a medieval agenda of hate and bigotry. When we live in a pluralist society it is equally important that we have a basic understanding of other faiths.

Thus, apart from equipping madrasas with tools of modern education, we have to orient their mindset to attune it to social realities and sensitize madrasa students to the emerging socio-cultural paradigms. This must be the fundamental objective of the modernization process if we want madrasas to be relevant to our times. Madrasas need to keep pace with the imperatives of changing times. They should enlarge their worldview and should have enough resilience and malleability to respond to the fluid and changing world. We must remember that cultural isolation would only lead to stagnation.

Let the students of these madrasas acquire a better perspective and a larger worldview and let their knowledge be tempered with liberal thought. We should build a culture which allows the two streams of learning to replenish each other in enabling Muslims to lead lives that are as true to their faith as they are attuned to modem needs.